The Modi government seems to think it can whimsically control global trade in agricultural items and change decisions overnight without harming farmers and traders. 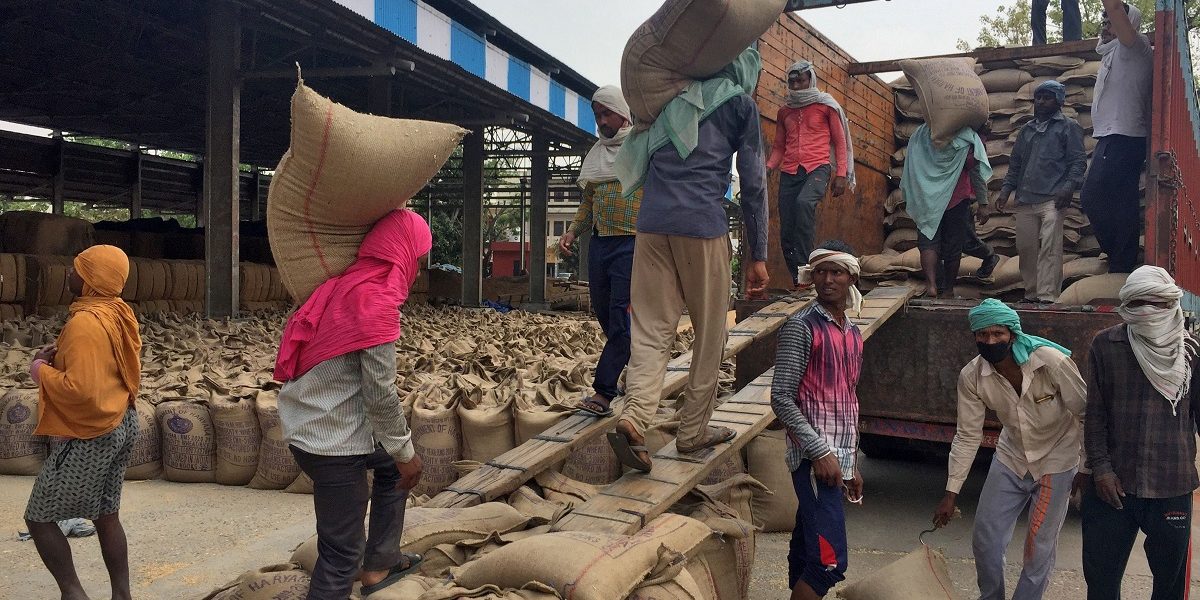 In early May, Prime Minister Narendra Modi made a grand statement in Denmark during his Europe visit: India was ready to “save the world from hunger” by supplying food grains. Within 10 days, India abruptly banned the export of wheat. The consumer inflation reading on May 12, an eight-year high, apparently spooked the government, which had just announced a trade delegation to 11 countries to boost wheat exports.

The export ban was so sudden that close to half a million tonnes of wheat lay at various ports waiting to be loaded on ships. Exporters would now have to sell it in the domestic market. The ban led to massive price distortion. The domestic wheat price crashed by 10-15% in anticipation of the export quota being dumped in the domestic market. In the European market, wheat prices rose 6% because the expected supplies would not arrive. The G-7 nations made their displeasure known to India for the unhealthy volatility caused by the wheat export ban.

Amidst this torturous flipflop, the babus of the commerce ministry tried to partly rectify the situation by issuing another notification to enable the export of over 4.5 lakh tonnes of wheat stocks already lying in ports. The ban would not apply to wheat stocks whose entry had been registered by port authorities.

The Modi government seems to think it can whimsically control global trade in agricultural items and change decisions overnight without harming farmers and traders. The government has always argued that it wants to give farmers free market benefits, and the controversial farm laws were designed for that purpose. Ironically, in the absence of farm laws, the farmers sold wheat to private traders at way above the minimum support price of wheat this season, as though some of the free market principles underlying the laws were playing out perfectly. Much of the wheat stocks were sold by farmers at far higher than MSP even before wheat could reach the mandis.

Indeed, if the farm laws were in operation, the Modi government would be accused of manipulation by banning exports abruptly and depressing prices for farmers who were still trying to sell in the open market. Open market sales were so robust that the public procurement of wheat collapsed from 44 million tonnes in 2021 to about 18 million tonnes! This was partly because overall wheat production also declined this year by about 10%. The government erred by not balancing public procurement needs and exports early on.

Irrespective of the principles underlying any reformist farm laws, farmers rarely get the best price in years of high demand for agri-products, to which the laws of demand and supply don’t apply. Producers of agri-commodities are mostly shortchanged on the pretext of controlling food inflation. The price bias is always against farmers and in favour of consumers. This does not happen with industrial commodities.

As if shaken by the wheat export episode, the government on May 18 held a special meeting to tell cotton producers to hold back 25-30% of their normal exports for domestic value-added products. This is because cotton prices are at an 11-year high, driven by massive global demand. A quintal of raw cotton is worth about Rs 12,000 on the open market, more than twice the minimum support price. India accounts for 24% of world cotton production and 10% of global exports. The government has issued a veiled threat about curbs if raw cotton producers try to ramp up exports.

Similarly, sugar prices are attractive globally and India will have a good crop. India is the second largest sugar producer in the world and accounts for close to 20% of world production. In 2022 it is estimated that India will produce over 33 million tonnes of sugar. The finance minister held a meeting earlier this week to help the sector with easier bank credit. But it won’t be a surprise if the Centre puts export curbs on sugar ahead of the festive season, if CPI inflation remains out of control.

Agriculture export policy and balancing its needs versus domestic requirements remains ad hoc at best and whimsical at worst. And it just isn’t Nehru’s fault.