A Citizens Tribunal Should Look into the Failed Gamble of Demonetisation

In a poisonous and politically vitiated atmosphere, how to analyse objectively the failure of demonetisation is a million dollar question. Setting up a citizens tribunal could prove the best solution, as witnessed after the anti-Sikh and Godhra violence. 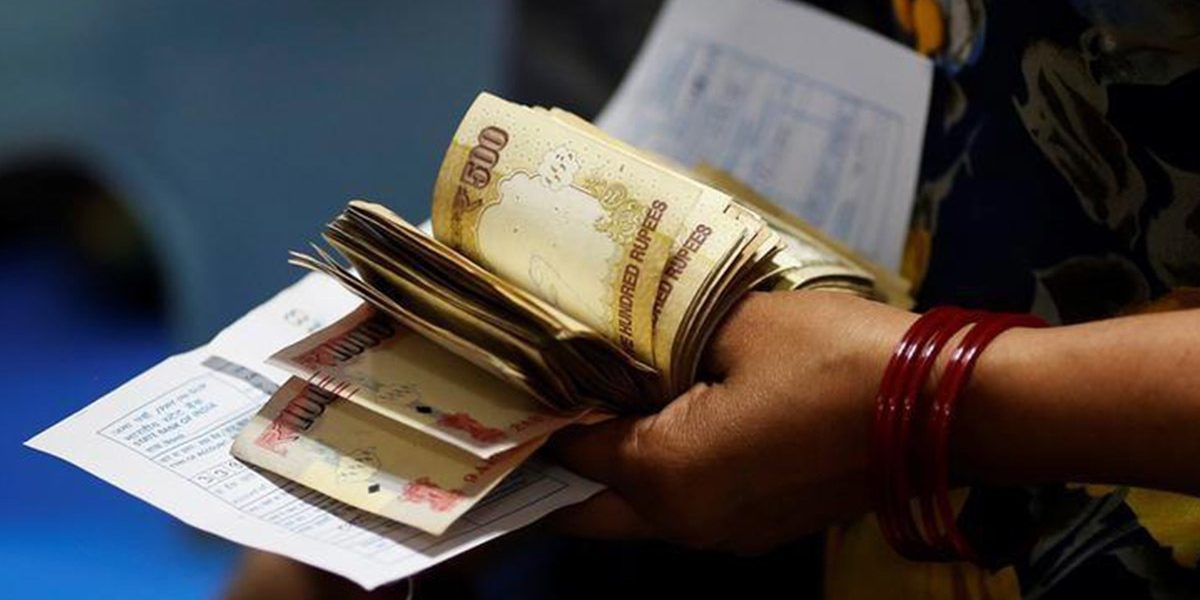 The Reserve Bank of India’s (RBI) annual report for 2017-18 revealed that 99.3% of demonetised currency notes have come back to the banking system. Everyone is asking, where has all the black money gone? This is particularly embarrassing with the 2019 Lok Sabha elections round the corner. The Narendra Modi government’s demonetisation move has already been deeply mired in electoral politics. But efforts must be made to look at the pertinent issues, keeping politics aside for a while.

Modi’s decision in 2016 was the second time India has witnessed demonetisation after independence. The first was in January 1978, when the Janata government was in power. It was opposed by the then RBI governor I.G. Patel. But the government decided to go ahead anyway, as the move was primarily aimed at Indira Ganhi’s Congress, which was flushed with funds, particularly during the emergency. It was also meant to eliminate the possible use of high denomination currency notes for financing illegal transactions. There was reportedly a quantum jump in high denomination currency holdings in 1975-76 and 1976-77. The then finance minister H.M. Patel, while moving the Bill in Lok Sabha on March 21, 1978 had stated that high denomination bank notes were being used extensively for illicit transfer of money for financing transactions which were harmful to national economy. Replying to the brief discussion, the finance minister stated that “the purpose of demonetisation was to ascertain whether the money was legally held and liability of income tax discharged on it.” Interestingly, only 68% of the demonetised currency notes were returned to the banking system then, compared to 99.3% after 2016. Even then, finance minister Patel called it “not worthwhile” till the conditions which encouraged black money were destroyed, otherwise there is “ little point in grappling with shadows”.

The decision-making process which led to demonetisation on November 8, 2016 will remain a state secret for a long time to come. But there is enough evidence to show that cash currency holdings did not form any significant portion of black money, which is primarily held in shares, gold, jewellery and real estate, often as benami holdings. A finance ministry white paper in 2012 showed that for the period 2006-2012, cash seized during searches and seizures ranged only from 3.75 to 7.3% of total undisclosed income.

There has been serious debate in the country on the wisdom of demonetisation. But I believe that it was a courageous decision which needed to be taken to give a shock treatment, particularly to the black economy, and to create a national resolve to eradicate black money. However, the objectives enunciated by prime minister Modi while announcing the decision – diverting the large unaccounted black money stashed in cash to government through RBI surpluses which may be generated, dealing a mortal blow to the spread of fake currency and terrorist funding – have been belied.

But, as a saving grace, my hopes that demonetisation would be followed by a number of other steps to deal effectively with black money have been substantially realised. Strengthening and activating the Benami Transactions (Prohibition) Act which was lying in disuse for over a decade, identifying hundreds of shell companies and initiating proceeding against them, introducing a transparent system for auction of mining rights of coal and other natural resources, bringing in bankruptcy code, amendment of the Corruption Act, encouraging and promoting cashless transactions, pursuing cases against clandestine bank account holders in Switzerland and other tax heavens will help tackle black money. The nearly 71% surge in income tax returns filed till end of August 2018 would not have been possible without creating a new climate for tax compliance in the country. Thus demonetisation became just one of the steps meant to create a national climate.

Unfortunately, in the all party meeting called by the election commission in August 2018 to consider electoral reforms, the BJP did not lend its support to the suggestion to put a ceiling on expenditure of political parties, though this is one of the main reasons of black money. As election results in some states soon after demonetisation showed, in spite of the persistent campaign by a section of the print and electronic media, the common person in the street had stood by the government, in spite of the privations and severe difficulties. But that is all the more reason why the failure of demonetisation gamble needs to be studied in depth.

Prima facie, return of most of the currency to the banking system is impossible to accept at face value. Does it mean that there was no black money at all? Or that the whole system has become so corrupt and rotten to the core that all black money has been neatly converted into white without leaving any traces behind? Immediately following demonetisation, there were unnerving reports in the media about the manner in which short-cuts had been found, stacks of new bank notes were being carted away, and how the system had been totally undermined. Government had made tall claims that all such transactions would be fully investigated and persons found guilty will be brought to book. What happened to these claims? It is shocking to see that no worthwhile cases of black money have been unearthed and no big players in the game identified and proceeded against. 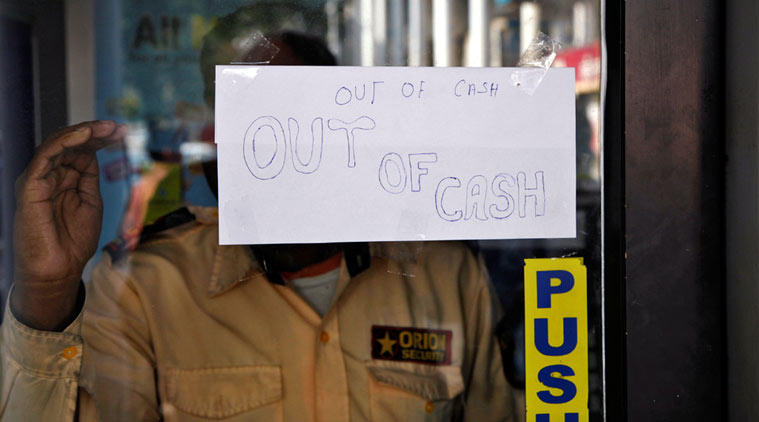 The pain suffered by common man should not be forgotten. Credit: Reuters

Most importantly, the pain suffered by common people must not be forgotten. As I have written more than once, most of these privations could have been avoided if sufficient advance planning had been done and preparatory actions taken. The RBI and Ministry of Finance must be held squarely responsible for these lapses. But who will bell the cat? For obvious reasons, the government will be most reluctant to open the can of worms and the opposition parties would like to fully exploit the situation.

In this pre-election year, every issue gets politicised. Even the introduction of the goods and services tax (GST), which was such a long overdue reform and in which all political parties came together to realise the dream of co-operative federalism for the first time since independence, is now being ridiculed as ‘Gabbar Singh Tax’! Much is being made of the economy’s slow down, but it must not be forgotten that sectors such as real estate were flourishing on black money. Temporary slow down in such sectors need not be unduly magnified.

In a poisonous and politically vitiated atmosphere, how to analyse objectively the failure of demonetisation is a million dollar question. Normally, in a democracy, the parliament is the highest forum of grand inquisition. Joint parliamentary committee (JPC) is a potent instrument to investigate such major national lapses. However, experience of successive JPCs has been grossly disappointing, whether it was Bofors, bank scam or 2G scam. It will therefore be futile to appoint another JPC on demonetisation. In fact, a parliamentary committee which has been debating this issue for months has still not been able to finalise its report due to sharp differences among its members along party lines! All this is quite exasperating.

Against this background, I would suggest that a high level citizens commission be appointed to look into the colossal failure of demonetisation. The initiative for the purpose will have to be taken by a reputed, non-political organisation. The composition of the commission will also have to be totally apolitical and comprise persons of highest integrity and standing in society. The citizens commission on 1984 anti-Sikh riots in Delhi comprising S.M. Sikri, former chief justice of India, as chairman is a case in point. This commission’s report was much more credible than several other commissions appointed by the government. The concerned citizens tribunal headed by justice V.R. Krishna Iyer, former judge of the supreme court, in respect of Godhra riots in 2002 also did a commendable job to expeditiously bring out the national concerns underlying communal riots. In India, currently, it is next to impossible to keep politics out of anything, but if calamitous decisions are to be avoided, politics must be kept aside to draw lessons for the future. The menace of black money is going to be with us for a long time. It is therefore important to know what went so terribly wrong with the demonetisation exercise. It will be best to entrust this responsibility to a citizens tribunal.