The PMO has consistently hindered attempts by an RTI activist to garner information on the number of deaths and compensation offered to the families. 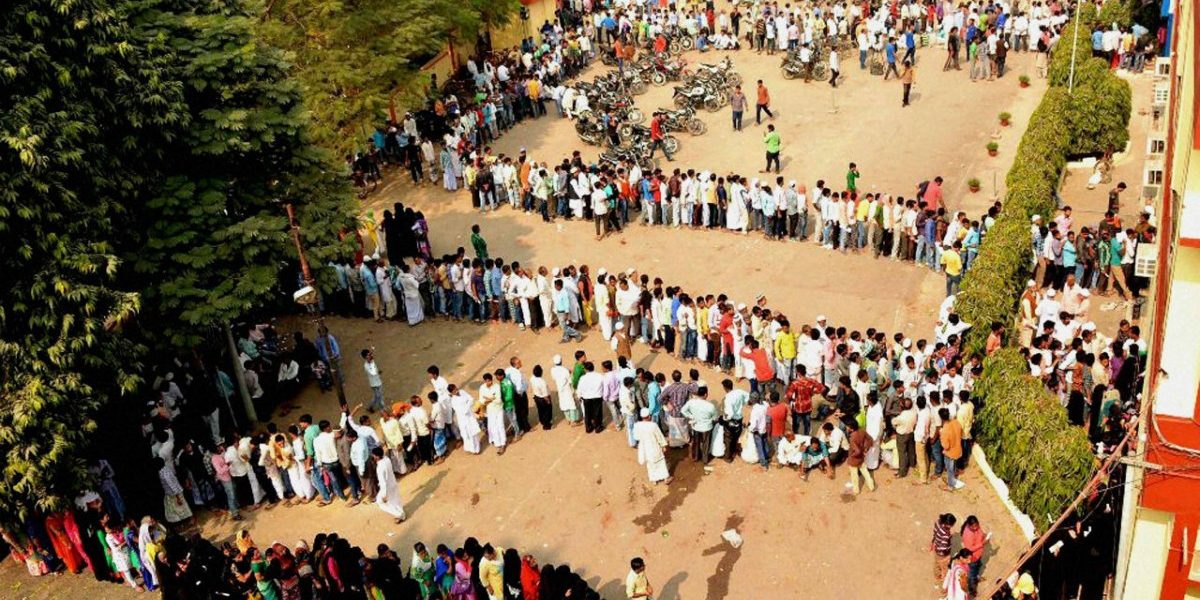 The failure of demonetisation is what seems to have prompted the government to block all information about it. Credit: PTI

New Delhi: Two years after demonetisation was announced on November 8, 2016, the Centre continues to block information around deaths caused by the exercise. Some believe that over a 100 people died – while waiting in queues, in a stampede etc – due to the government’s decision to make Rs 500 and Rs 1000 notes illegal tender and order their deposit and exchange by the year-end.

Many more are believed to have died as they were left penniless and could not get access to food and medicines for survival.

RTI query on deaths due to demonetisation

A query seeking information about the deaths due to the note ban was filed by RTI activist Neeraj Sharma on October 28, 2017. He had sought information regarding “the total number of official/non-official deaths due to demonetisation which was declared by Prime Minister Narendra Modi on November 8, 2016.” He had also asked for a list of the deceased and the compensation given to their families.

This apart, Sharma had demanded certified copies of note-sheets, file notings by the prime minister, PMO and various officials on the issue of compensation or relief given to families of the deceased due to demonetisation.

Also read: The Old Man and the Queue

He had also sought copies of emails, letters, directions or instructions issued to concerned authorities or subordinate offices by the PMO as follow up action. Finally, he had asked for certified copies of similar documents which may have been issued while seeking reports on details of deaths due to demonetisation.

CPIO responded with “interim reply” which had no answers

In response to his queries, the central public information officer responded that he was sending an “interim reply” and that the matter was being processed by the PMO and a reply would be “sent as soon as possible”.

Not satisfied with the reply – which was furnished after a month on November 27 – Sharma had filed an appeal with the First Appellate Authority (FAA) stating that he had received a response from the public information officer (PIO) but in that, “no information” was provided. He had also charged that the PIO was adopting the ruse of “matter is being processed by this office and reply/information will be sent as soon as possible” to actually delay and deny the information. “There is no procedure in the RTI Act for an interim reply and the RTI Act does not provide any additional time to the CPIO,” he noted.

Also read: The Vast Difference Between What Demonetisation Achieved and How it was Perceived

He had also urged the FAA to direct the PIO to provide him with the requested information and to impose penalties on him under Section 20 of the RTI Act for not providing the information within 30 days.

The director and appellate authority in the PMO, S.E. Rizwi, responded on December 29 that the CPIO has been “directed to expedite furnishing the response within 15 working days” from the date of issue of the letter.

Thereafter, in February this year, Sharma received a letter from the CPIO – dated February 7 – along with a one-page attachment.

This letter mentioned Sharma’s application filed on October 28 in which response was sought on five points. In response, it only stated that “the information requested by the applicant does not come under the definition of ‘information’ as per section 2(f) of the RTI Act.”

Sharma thereafter moved the Central Information Commission to get this information but the matter is still pending there.

The demonetisation exercise was a big failure on all counts, most opposition parties had charged. Reserve Bank of India (RBI) data had in August 2017 revealed that close to 99% of the junked currency had returned to the banks, meaning that only about Rs 16,000 crore, in the form of demonetised Rs 500 and Rs 1,000 notes, hadn’t at the time made their way back into the Indian banking system.

At that time, several leaders, like Sitaram Yechury of the Communist Party of India (Marxist) had questioned the logic behind the entire exercise saying that demonetisation had left over a 100 people dead.

Also read: How Successful was Demonetisation? Four Takeaways From the RBI’s Annual Report

Later, in August this year, the RBI revised the figure of cash that returned to 99.3% leaving just about Rs 10,000 crores of junked cash that could be assumed as black money. This figure too amounted to just about 3% of the Rs 3 lakh crore “in black money” that Modi had during his 2017 Independence Day speech claimed was pushed out of the monetary system by the demonetisation exercise.

Demonetisation ‘failure’ a reason behind denial of information

It appears that the failure of demonetisation is what has prompted the government to block all information about it. Modi had himself spoken about the need for strengthening the RTI movement. In March, the prime minister had spoken about how democratic and participative governance required “transparency” and “accountability”.

Speaking at the inauguration of the new Central Information Commission building in Delhi, he had noted that an “empowered citizen” is the strongest pillar of Indian democracy. Modi had also used the opportunity to speak about how his government had over the last four years been “informing and empowering people through various means.”

He had also spoken about the need to “act rightly” saying, “many times it has been seen that some people misuse the rights given to the public for personal gains. The burden of such wrong attempts is borne by the system”.

However, as Sharma’s petition shows, the Centre uses every means possible to block information which does not suit its ends.