Kawalpreet Kaur accused the police of trying to intimidate her because of her activism, saying she was only involved in distributing relief to the victims of the violence. 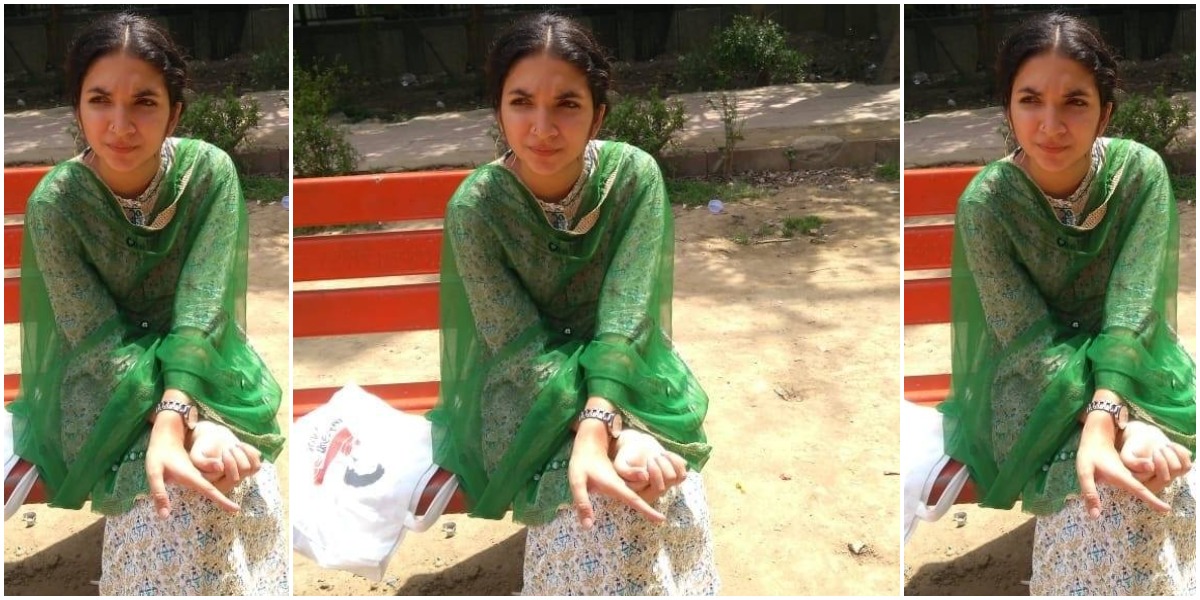 New Delhi: In a continuation of its clampdown during the COVID-19 lockdown against students and social activists, the Delhi police on Monday raided the residential premises of the Delhi unit head of All India Students Association, Kawalpreet Kaur and confiscated her mobile phone. The police are reportedly investigating her in connection with the violence in North East Delhi in February.

The police have come in for severe criticism from those who believe that instead of going after the radical elements involved in the killings and arson, the police are silencing those who were involved in protests against the controversial Citizenship (Amendment) Act (CAA).

With her phone taken away by the cops, Kaur took to Facebook to express her angst. She wrote that on Monday “the Delhi Police Special Branch came to my home to investigate the violence that happened in Delhi in February. To my utter shock, the police seized my phone citing inquiry into the violence. It was really hard to believe that this could happen to me.”

The student activist said as “a responsible citizen of this country, I have always spoken against all injustices in my full capacity wherever I have been. As a student of Delhi University, I remained active in mobilizing students against the attacks on public funded institutions, movements on social justice and gender equality.”

Kaur also mentioned that she was vocal in protesting against the CAA and participated in various events to protest the law, which she described as being discriminatory on the basis of religion. “Further, as a student of law, I spoke against the attacks on the fundamental values of our constitution through the discriminatory Citizenship Amendment Act (CAA) brought by the government. I, along with my organization All India Students’ Association (AISA) participated in peaceful demonstrations against the CAA-NPR-NRC along with thousands of others. We participated in various events where we read out the Preamble of the Indian Constitution. After the North East Delhi violence, we raised voice for peace, democracy and justice.”

As for the North East Delhi violence, she stated that along with other students, she was only engaged in providing relief to the victims. “We were active in the relief work for the victims. It is deeply shocking and disturbing to know that the police is trying to intimidate me for my activism, for speaking in defence of the constitution. And last but not the least, practicing what my faith and my parents taught me, which says ‘sarbat da bhala’, i.e. Welfare to all.”

Kaur described the Delhi Police seizing her phone as “outrageous” and “an attempt to instil fear among us all”.

She also charged that the lockdown was being misused to target those “ideologically opposed to the government”. “Worse that all this is happening in a time when the entire world is in lockdown faced with a pandemic and it’s difficult to hold mass protests and access legal help.”

Kaur appealed to all citizens to “stand united against the intimidating tactics of Delhi Police amidst lockdown. Our struggle to uphold our constitution and democratic rights must go on despite the government’s attempt to intimidate and silence voices of democracy, secularism and justice.”

Earlier, AISA had issued a statement detailing the police’s raid. “The seizure memo given to her cites an FIR with a slew of charges including the draconian UAPA — a supposed anti-terror law that is basically an excuse to lock up students and activists who are critical of the government, without trial, without bail — and throw away the key,” AISA national president N. Sai Balaji claimed in a statement.

Kaur is the latest in a number of student leaders who have been targeted by the Delhi police during the lockdown. On Sunday, the Delhi police had arrested the president of the Alumni Association of Jamia Millia Islamia, Shifa-Ur-Rehman, under the Unlawful Activities (Prevention) Act (UAPA). The police also invoked UAPA against one more student of JMI and former JNU student leader Umar Khalid.

The Delhi police had on April 20 claimed to have done its job “sincerely and impartially” while investigating the Jamia and North East Delhi riot cases. “All arrests have been made based on scientific and forensic evidence,” it insisted.

However, reacting to Kaur’s post, the well-known writer and artist Shuddhabrata Sengupta wrote: “It is a matter of shame that instead of investigating those who were actually responsible for the violence in North East Delhi the Delhi Police are targeting students and young people like you who were only doing their duties as citizens to work for peace and for a just society.”

The timing of the raid was also called into question by Vandana Prabha, a social sector worker, who commented on Kaur’s post saying: “Best time for them to come after activists who have been in the forefront of the various protests. Sly and sick tactics!!!”