A video of the incident went viral on February 25. One of the men in the video, 23-year-old Faizan, died a few days later. 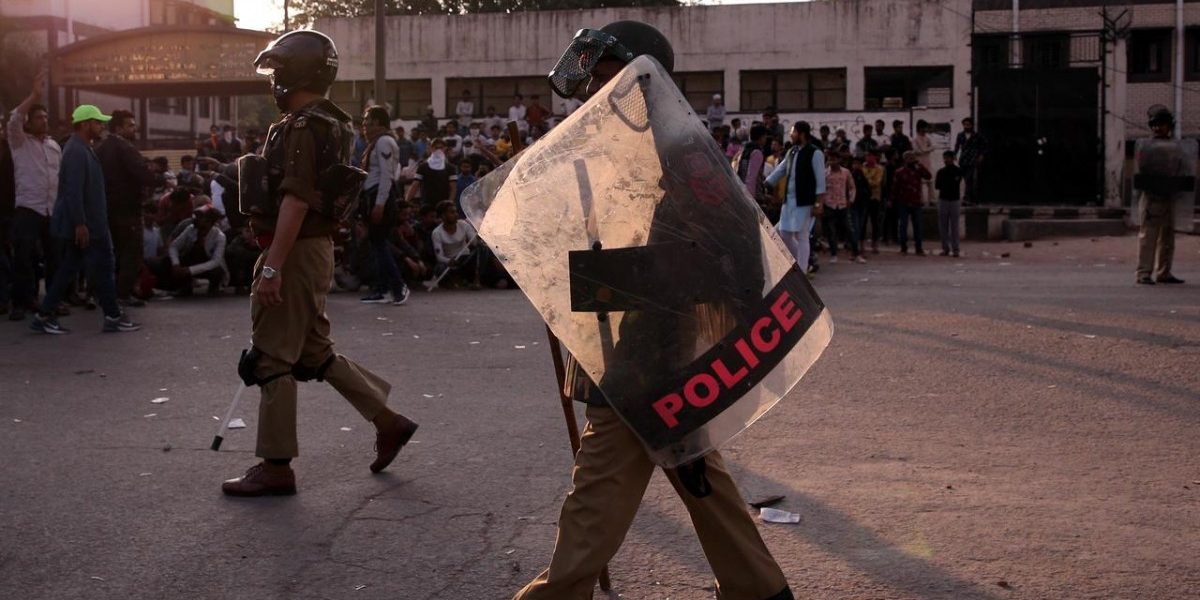 New Delhi: In February, a video of 23-year-old Faizan went viral. Shot during the Delhi riots, it shows a group of policemen assaulting five men – who are lying on the floor and writhing in pain – and making them sing the national anthem and ‘Vande Mataram’. Faizan, who sustained bullet injuries, died on February 28. More than six months later, an officer of the Delhi Armed Police has been questioned in connection with the incident, according to an Indian Express report.

While the video surfaced on February 25, it was recorded by the assaulting policemen on the previous night at Kardam Puri. Faizan was admitted to the LNJP Hospital on February 25 and succumbed to his injuries three days later. On March 3, The Wire spoke to Faizan’s mother Kismatun, who confirmed that he was one of the men seen in the video. She also claimed that her son had died because of the police’s assault.

According to the Indian Express‘s Mahender Singh Manral, the Crime Branch’s investigation into the circumstances surrounding Faizan’s death was helped by another video, shot from afar. In this video, the investigators noticed that one of the policemen was carrying tear smoke munitions (TSM).

The Indian Express report says whenever any force goes out for deployment, personnel are issued TSM under their name from their units. “The investigating officer checked the register of forces from outside the area to verify entries made while issuing TSMs that day. On the basis of the footage and one of the entries, they identified a personnel posted with the DAP,” the newspaper reported. The officer was called in for questioning by the Special Investigation Team (SIT) and claimed he was not involved. Further investigations are underway, the newspaper was told by a source.

The investigators believe that the policeman who was called in for questioning also shot the video of the men lying on the ground. The other video, shot from afar, shows that at least six policemen were part of the group, and the investigating officers are trying to zero in on the rest, according to the Indian Express.

Also Read: Delhi Riots: ‘Is Police Inquiring Into a Conspiracy or Is the Inquiry Itself a Conspiracy?’

An FIR was filed on February 28 at the Bhajanpura police station in connection with the incident. The case was later transferred to the Crime Branch. The investigation has made some headway since June, when a HuffPost India report said that the FIR does not mention the clearly documented video footage of the police assaulting Faizan.

The FIR also contradicted on-record police statements that Faizan was in police custody following his assault and instead claims that he died after going missing from the Guru Tegh Bahadur hospital in northeast Delhi. The report also said Faizan’s family members were being pressured to change their statement.

A recent report by Amnesty International accused the Delhi police of being complicit in the riots, accusing it of committing serious human rights violations. The report expressed shock at the Ministry of Home Affairs’ failure to “to hold the Delhi police accountable till now.”