The Delhi government reasoning of separating the investigations from prosecution not only seems justified, but is also warranted. 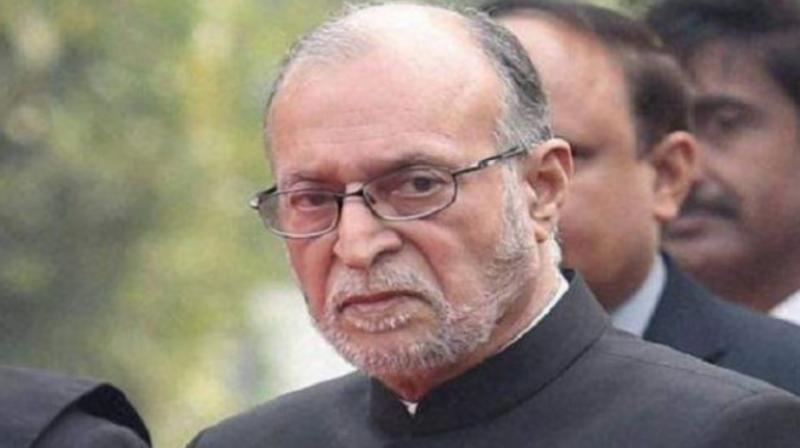 The wounds of the Delhi riots are still open. Not only the murderous mobs who killed and injured innocent people are in the dock, the Delhi Police is itself a suspect. By first failing miserably in preventing the riots and now by carrying out one-sided investigations, the police have lost the trust of large sections of the people of Delhi. Unfortunately, the Lieutenant-Governor, who is to expected to act with constitutional objectivity keeping in view the high degree of constitutional trust reposed in him, has used his special powers to pass a blatantly unreasonable and prejudiced order. The Delhi government must challenge its legality in higher courts.

A constitution bench of the Supreme Court had ruled that the “LG need not, in a mechanical manner, refer every decision of his Ministers to the President. He has to be guided by the concept of constitutional morality”. The court had further said that the LG “must bear in mind the constitutional objectivity, the needed advice and the realities”.

In this case, the advice of the Delhi government is clear and reasonable. On more than one occasion the courts have questioned the fairness of the police investigations. Recently Justice Suresh Kumar Kait of the Delhi high court, while dismissing a petition filed by Delhi police in a riot case, said that the police was “misusing the judicial system” and taking the “system for a ride”. In early July, Justice Vibhu Bakhru had reprimanded the Delhi police for making “unwarranted” allegations in its affidavit against a Jawaharlal Nehru University student, who is accused by the police of instigating the riots. On May 28, a sessions court hearing the riot cases remarked that the investigation was targeting one community and “rival factions” were not being investigated properly.

While on one hand the police have not registered a case against the Bharatiya Janata Party leaders who incited the mobs, ad nauseum, through inflammatory speeches and communal sloganeering, it has arrested student leaders and activists leading the ant-Citizenship (Amendment) Act protests on charges of conspiracy. Therefore the Delhi government reasoning of separating the investigations from prosecution not only seems justified, but is also warranted.

At a time when both Hindus and Muslims need the soothing balm of truth and justice, the LG by approving the Delhi police’s choice of prosecutors has shown a cynical disregard to constitutional propriety. The LG’s powers under Article Article 239A(4) are circumscribed by the highest constitutional standards of transparency and democratic norms. The Supreme Court couldn’t have been clearer when it ruled that “the difference of opinion must meet the standards of constitutional trust and morality, the principle of collaborative federalism and constitutional balance, the concept of constitutional governance and objectivity and the nurtured and the cultivated idea of respect for a representative government.” Unfortunately, the LG’s order fails every test of public trust, sound reasoning and objectivity that the five-judge constitutional bench of the apex court had laid down in its nearly-thousand-page judgment.

One can’t help but feel a sense of déjà vu.

“The modern-day Neros were looking elsewhere when Best Bakery and innocent children and helpless women were burning and were probably deliberating how the perpetrators of the crime can be saved or protected. When fences start to swallow the crops, no scope will be left for survival of law and order or truth and justice.” With these scathing comments, the Supreme Court on April 12, 2004 had observed with anguish that “when the investigating agency helps the accused, the witnesses are threatened to depose falsely and prosecutor acts in a manner as if he was defending the accused, and the Court was acting merely as an onlooker and there is no fair trial at all, justice becomes the victim.”

In the Best Bakery case, the then public prosecutor Raghuvir Pandya had deliberately dropped key prosecution witnesses during the trial, had exhibited the wrong document as FIR, did not take any steps to protect the star eyewitnesses, didn’t ask for an in-camera trial even as a majority of prosecution witnesses turned hostile, and those key witnesses who did not turn hostile he didn’t examine them. Of the 120 witnesses listed by the prosecution, more than one third didn’t depose. Of the 73 who did depose, 41 turned hostile. Among the hostile witnesses were Zahira Shaikh and her family and other survivors of the carnage. Pandya’s name became synonymous to a deceitful and dishonest prosecution.

But Pandya was not an exception.

Also read: Delhi Riots: Police Arrest 5 Based on One Confession, Register 4 Identical FIRs on One Incident

The story of tainted evidence, tailored investigation, terrorised witnesses, unprincipled and compromised prosecution and perfunctory trial, repeated in case after case of Gujarat riots. At every stage the victims and human rights activists like Teesta Setalvad and Harsh Mander had to knock on the doors of the Supreme Court, seeking an honest investigation, a credible prosecution and a fair trial.

Chetan Shah, a senior Vishwa Hindu Parishad leader, Dilip Trivedi, the Gujarat VHP state president, Piyush Gandhi, an ABVP and VHP leader, were some of the most notable questionable appointments of prosecutors in Gujarat riot cases. It was only the doggedness of the activists like Teesta Setalvad and the indefatigable courage of victims like Zakia Jafri, the 80-year-old widow of Ehsan Jafri, that some of these prosecutors were replaced. Some cases like Best Bakery and Biklis Bano were transferred out of Gujarat to Mumbai, others were reinvestigated by the special investigations team and constantly supervised by the apex court before some justice was done.

Who will bell the cat in the Delhi riots cases?

India is now ruled by a Hindu nationalist government. Those who were in power in Gujarat in 2002 are now in power at the Centre. They will do well to remember the words of Benedict Anderson: “No one can be a true nationalist who is incapable of feeling ashamed if her (or his) state or government commits crimes, including those against their fellow citizens.”