Citing the example of the clear chain of command in 1992-1993, the former Delhi Police Commissioner highlighted how the forces could have prevented the violence. 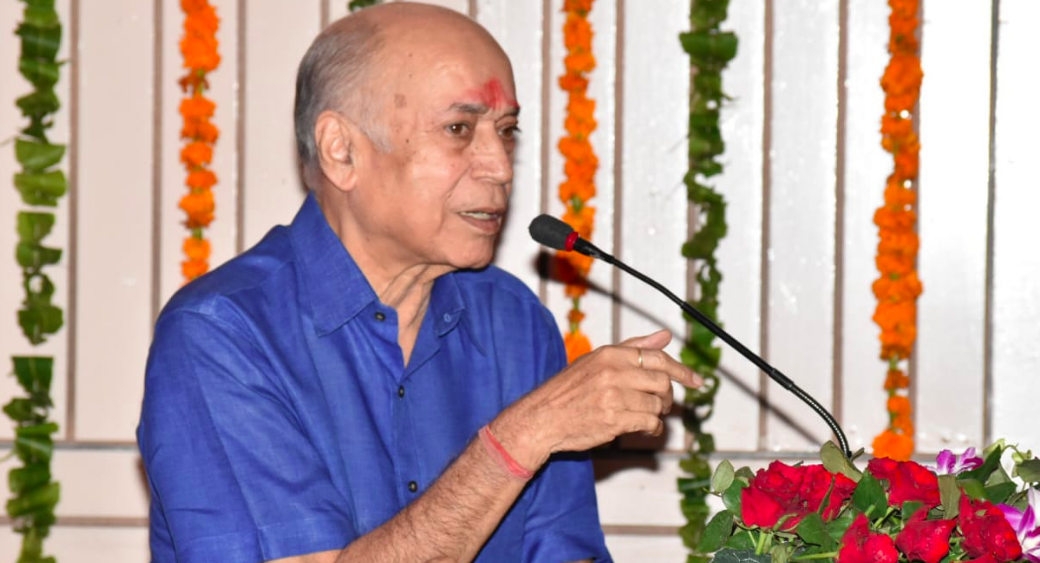 New Delhi: Since the violence that followed the Babri Masjid demolition of 1992, the Delhi police had successfully prevented any major riot in the city.

In 1992-1993, then prime minister P.V. Narasimha Rao had held successive meetings on law and order. But the police was given just one clear mandate – to ensure peace. There was no undue interference. From the Commissioner to the constable on the ground, a clear command chain was put in place.

Delhi police had also refused Army assistance during the period.

The result was that Delhi largely remained violence free. Barring some incidents in Welcome colony – which is also in north east Delhi – things remained under control. Police had made several preventive arrests and there had been demands for transferring SHOs for these.

This time around, the violence in north east Delhi is being blamed for siding with certain parties and also not taking action. However, former Delhi Commissioner of Police Mukund Bihari Kaushal, who headed the force in 1992, disagrees with the assessment.

“It is the easiest to blame the police. The police is visible, it can be seen, it is there in a uniform. The others who are at fault, neither do they wear a uniform nor are they seen,” he said.

Kaushal said police has always needed the support of political leadership. “There should be trust between the person at the top and you. Till that trust is there, how will you work with courage?”

In the recent case, where many including former top cop Ajay Raj Sharma have criticised the handling of the situation, Kaushal too said: “There is something wrong with what happened. Naturally, a decision was not taken and the situation in this case was allowed to go haywire.”

One the plausible reasons for this, he said, was, “Police has to act according to law. We should be answerable to law but we are answerable to so many people. Also, apart from the communal situation, a lot of disgruntled youth were involved (in the violence).”

The officer was clear that police need to handle communal situations with a firm hand.

“Wherever there is a touch of communal tone, the police have to act very firmly and very boldly – that too right in the beginning. Because, if you allow things to take shape, then it is the kind of shape we are seeing now.”

“We should remember that in a riot, 99% of the victims are innocent people, who are not involved in anything. Police has to protect them, allow them to live peacefully.”

‘No room for hate speeches’

Delhi police has been consistently criticised for not arresting BJP leaders Anurag Thakur, Parvesh Verma and Kapil Mishra for their hate speeches which many believed led to the riots. Kaushal too asked:

“Why were these various leaders allowed to speak as they wanted to. Legal action should have been immediately initiated.”

He noted that it was not right to blame the cops alone for such inaction. “Police has to take quite a big share (of responsibility), but you have to be fair to police. You need to understand the circumstances they are working under.”

Also read: Explainer: Who Are the Policemen Heading SITs on the Delhi Riots?

Kaushal highlighted the necessity of understanding between the ranks.

“So the Commissioner must trust his team members and tell them he is confident about their ability and competence to do the needful. And they should have confidence that you have broad enough shoulders to protect them for their bona fide performance of duty.”

This time round Commissioner Amulya Patnaik is being accused of indecisiveness and bias. Kaushal said the role of the Police Commissioner is of great importance at such times.

“He is the leader. So his mandate should be very clear. He should also be allowed to function.”

“In the police it is not just one person who acts. The Commissioner leads a team which includes constables, head constables and different ranks. It is like playing cricket. From the opening batsman to the last batsman everyone is important and has a role. What matters is that the force works like a team and it delivers the results,” he added.

‘Answerable to everyone, except the law’

On whether implementation of police reforms would have helped, Kaushal said, “The main reform is that there should be no interference. Let the police function. The police mandate is very clear – they are law enforcers. So you enforce law, why should you ask anyone? But the problem is you are made to ask everyone. You are answerable to everyone, except the law.”

Despite the accusations against Delhi police, Kaushal insisted that “it is one of the finest police force in the country.”

“Except for 1984 and this incident, the police has had a tremendous record of handling communal riots, huge rallies, checking crime trends and solving important cases. I am pained to see what has happened to Delhi police this time.”