According to Pracha's colleagues, the police action goes against the Advocates Act and the privilege which is accorded to an advocate-client relationship under the Indian Evidence Act, 1872. 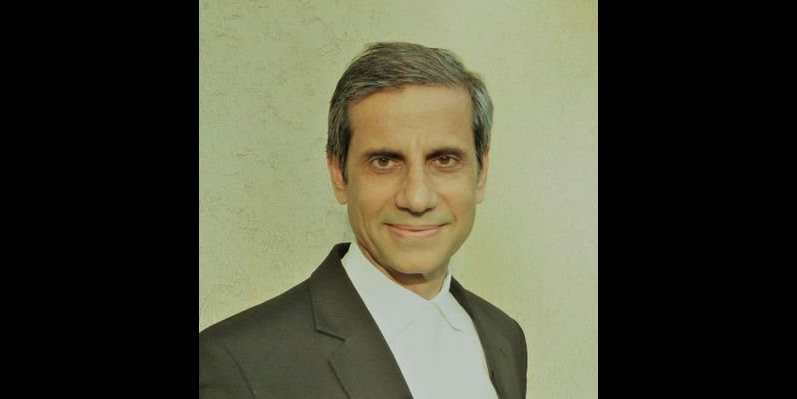 New Delhi: A special cell team of Delhi police raided the office of senior advocate Mehmood Pracha, who represented many accused in the Delhi riots.

According to Pracha’s colleagues, the search team insisted upon seizing his computer and various documents, which contain case details and thus makes the police’s action illegal.

A lawyer colleague of Pracha told The Wire that nearly 50 members of the police team on Thursday landed at their office in Nizamuddin West at around 12:40 pm. The team – led by inspector Sanjeev of the Delhi Police’s special cell – first told Pracha that “they wanted three documents from him but later said that they would need to take his computer along with them”, he said.

According to him, Pracha also informed the raiding team that the orders they were carrying did not allow them to seize his computer, and he offered to provide them any document that they so desired.

Another lawyer colleague of Pracha said the police insisted that he disclose information – this too goes against the Advocates Act and the privilege which is accorded to an advocate-client relationship under the Indian Evidence Act, 1872.

The police team, which had brought two laptops and a printer with them, allegedly hacked into Pracha’s computer. The raid continued till 6:45 pm.

Pracha said he would be lodging a complaint with the local police regarding this matter.

Pracha’s associate, Kunwar Naved, told The Wire that he called local police to the premises once the raid was underway. He said the raiding team had not disclosed the identity of its members and they were apprehensive that this was all “an attempt to destroy the records and documents”.

"This is in violation of the order": Advocate @MehmoodPracha tells police regarding seizure of his office computer and laptop https://t.co/5RnLeU4pIg pic.twitter.com/L0Z1YdNvLi

What does the Indian Evidence Act, 1872 say

Further, section 129 of the Act lays down that no one shall be compelled to disclose to the court any confidential communication which has taken place between him and his legal professional advisor, unless he offers himself as a witness.

Moreover, in India, the law states that any person who seeks an advice from a practising advocate, registered under the Advocates Act, would have the benefit of the attorney-client privilege and his communication would be protected under section 126 of the Evidence Act.

As such Pracha insisted that he cannot provide the police with the “confidential information” about the clients that they so desired.

“Pracha showed the police team the relevant papers pertaining to the rule of law and various judgments and Act that bar him from sharing some of the documents with the police,” said the lawyer colleague. But, he said, the police told Pracha that they will have to seize the computer.

Earlier in August this year, a Delhi court had asked the Delhi Police to probe allegations that Pracha had “tutored” some victims and witnesses in the Delhi riots case to give “false statements”.

According to the police report, Ali, a victim of the riots, told the police that he was asked to identify an eyewitness named Sharif, a witness in another case, who he allegedly didn’t know.

Ali also alleged – according to Delhi Police – that Pracha had told him that Sharif’s statement in his case would make Ali’s case stronger – but for this, Ali would have to depose that Sharif had seen his shop burning.

However, the veracity of such accounts by Delhi Police in its investigation into the riots has repeatedly been called to question.

Pracha had denied these allegations saying: “The allegations against me are that a client came to me, and after a few days left because he was disappointed that I wouldn’t do any “setting” for him with the judge or the police – that I only fight the case legally. Some other judge had told him to withdraw from me, and since we are doing all this work for no money, I couldn’t have asked him to stay. The goal is justice.”

“Many of my clients have filed complaints against DCP Surya [DCP Northeast Ved Prakash Surya] and other police officers, alleging that they were involved in the rioting. Now they are all already accused – hence, from the police to Amit Shah, all of them have the same grudge against me. Their narrative, that Muslims orchestrated the riots, is being challenged by me, that too legally, through the court. Some RSS members were also sentenced in my cases,” he added.