In jail in Guwahati since late January, Imam was brought back to Delhi from Assam on Sunday on a production warrant, reports say. 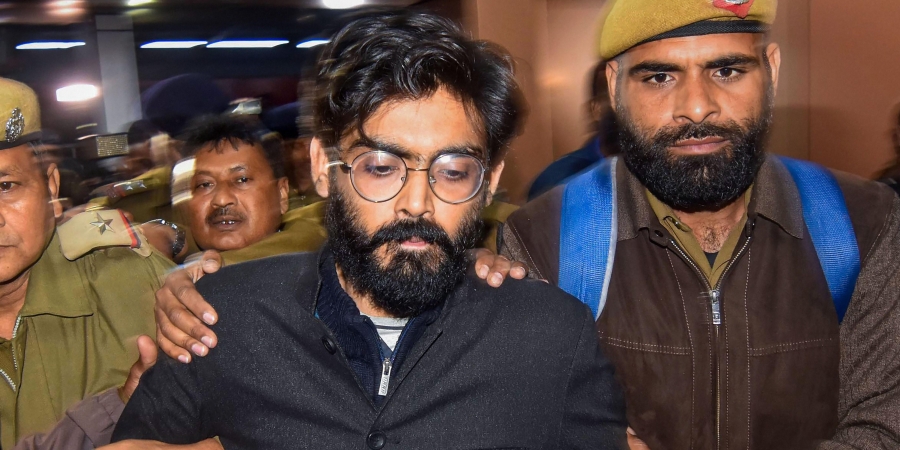 New Delhi: The Delhi Police on Tuesday arrested Sharjeel Imam in connection with the riots in the city in February, Indian Express has reported. Imam has been booked under sections of the stringent Unlawful Activities Prevention Act (UAPA).

Booked under the sedition law for a speech in which he had called for a chakka jam, Imam was arrested from Bihar’s Jehanabad on January 28.

He was brought to Guwahati from Delhi in January and has been in Guwahati Jail since then. On July 22, Sharjeel tested positive for COVID-19 and was among 435 inmates of the jail who did so.

He was brought back to Delhi from Assam on Sunday on a production warrant, Express has reported.

Imam, a PhD scholar at the Jawaharlal Nehru University and an IIT alumnus, had been actively involved in the Shaheen Bagh protest against the Citizenship (Amendment) Act.

In late April, Delhi Police has booked Imam under the UAPA in connection with the protests against the Citizenship (Amendment) Act near Jamia Millia Islamia in December last year.

Also read: In Prison for ‘Sedition’, Sharjeel Imam Explains His Idea of India

Imam has been booked under section 13 (unlawful activities) of the Act in the case, his counsel advocate Mishika Singh had said. The lawyer said the charge has been invoked to delay his release.

The police had earlier charged Imam with sedition, alleging his speech promoted enmity between people that led to riots.

“He was arrested in two cases of violence at Jamia on December 13 and 15, 2019, for instigating and abetting the Jamia riots, due to his seditious speech on December 13 and based on evidences collected, IPC sections 124 A and 153 A were also invoked,” Anil Mittal, additional PRO, Delhi Police had said then.

In late June, 13 United Nations independent experts called on India to immediately release activists who were arrested for protesting against the Citizenship Amendment Act. In a statement issued from Geneva, it had named Imam among others.

The Delhi high court in early July said there were “good and justifiable grounds” for extending the time to complete investigation against Imam in a case related to his allegedly “inflammatory speeches” during the anti-CAA protests. Justice V. Kameswar Rao had dismissed Iman’s plea challenging the trial court’s June 25 order granting three more months to the Delhi Police, beyond the statutory 90 days, to complete the case’s investigation under the UAPA.