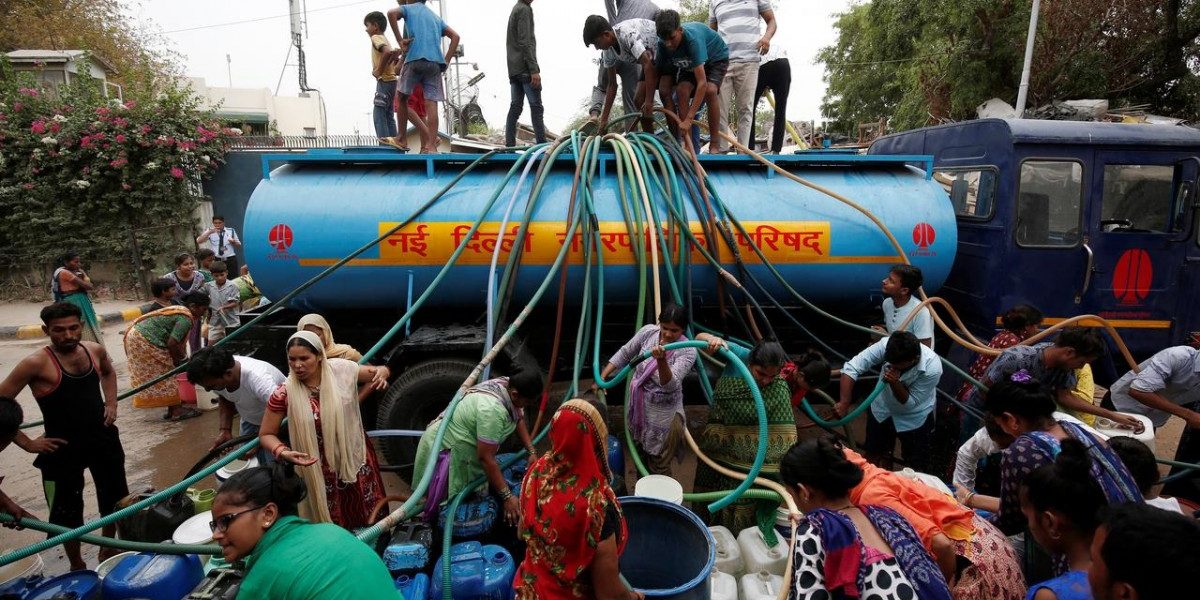 The Delhi Master Plan for 2041 has been released for public feedback, however, it fails to address the real issues and challenges of water, waste water and solid waste management for Delhi.

The master plan identifies the problem of water supply well:

“Delhi’s development potential is closely linked to the availability of water. The city is highly dependent on external sources of water and the available quantum is inadequate for meeting future demands. Achieving long-term water security is therefore one of the major focus areas envisaging the following:

One would have expected the Delhi Master Plan for 2041 to suggest concrete strategies and measurable commitments to reduce the dependence on water supply from external sources and to bring up treated wastewater to drinking standards. Instead, the plan makes vague statements and nice-sounding but hollow commitments.

The narrative sections of the ‘water’ and ‘wastewater’ chapters of the Delhi Master Plan document do not even summarise the numerical targets and plans, present disaggregated actions or solutions proposed by the three Municipal corporations; the Delhi Jal Board (DJB), Cantonment Board and the Irrigation department.

Delhi is staring at an imminent water crisis as its dependence on water from neighbouring states reaches higher and higher levels of unsustainability. The risk of climate change and politically induced shortages threaten all other lofty economic and social development aims.

Delhi’s estimated water requirement in 2041 is likely to exceed the 1,500 MGD (million gallons a day) estimate provided by the master plan.  It is not clear how augmenting the current water supply by 50%, primarily with water supplied by Himachal, UP and Haryana, can be justified as a worthy strategy to achieve water security for Delhi.

The master plan’s strategy for managing water demand is actually a strategy to reduce water supply from 60 gallons per capita a day (GPCD) to 50 or even 40 GPCD. The master plan does not even commit 1% of treated wastewater to be reused as drinking water by 2041.

There is no bold commitment to reuse say, 25 – 50% of Delhi’s treated wastewater for drinking water by 2041. This would not only reduce the waste water footprint but also the dependence on water supply from other states. How can a metro that will generate 1200 MGD of wastewater by 2041 not plan to use this resource to augment its drinking water supply? This should have been the first strategy  to do so. 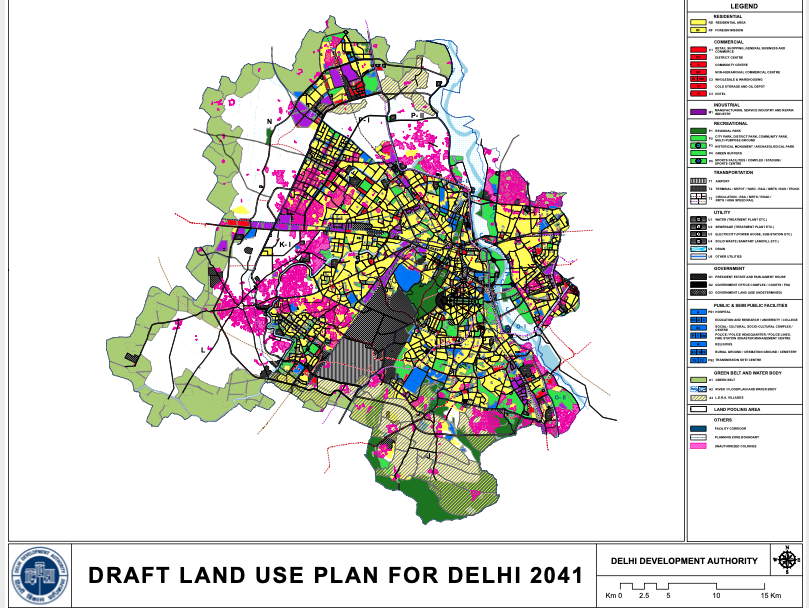 This should have been the second strategy to augment Delhi’s water supply. Clear, ambitious targets and commitments for harvested rainwater and groundwater to significantly contribute to the 1,500 MGD requirement in 2041 should have been laid out.

This can easily be done at a community as well as at an individual level, given the abundance of public places in Delhi. This could have been a firm commitment to decentralised systems for the augmentation of water supply.

The master plan quotes the Central Ground Water Board’s estimates to state that only 24.39 Million Cubic Metres (MCM) out of 175 MCM of rain water can go towards recharging ground water.  The plan contains no break up of the rain water harvesting potential in different zones of Delhi and no assessment of who can benefit from this recharge (since all groundwater recharge may not be extractable and usable where it falls.) There is no strategy for monitoring groundwater aquifers in Delhi to ensure a planned recharge and re-use of harvested ground water.

The DJB has identified only 89 buildings maintained by either the Public Works Department (PWD), Municipal Corporation of Delhi (MCD), the Government of India, the Delhi Development Authority (DDA) or any other such body in 2019 where a rain water harvesting (RWH) system is feasible to be installed.

Instead of making rainwater harvesting mandatory for all existing and new development projects, the master plan makes the non-committal statement that, “Rainwater harvesting shall be permitted as common shared recharge infrastructure in greenfield or regeneration layout plans”.

Water harvesting/recharging groundwater is already mandatory in Delhi, but is rarely done in practice. The DJB had opened three “rain centres”, but the city’s response has been dismal. Data from the DJB showed that, while 1,550 consumers had availed of the rebate for installing RWH systems, a whopping 11,958 consumers (in the 500 square metres and above category) were penalised for defaulting.

According to the master plan, a very small amount of treated wastewater (46.5MGD) from Sewage Treatment Plants (STP) is to be utilised to recharge groundwater and lakes. This accounts for less than 4% of the wastewater treated.

It is great to note that the DJB has taken up work on the revival of 240 water bodies with the aim of recharging groundwater. Raw sewage has been proposed to be treated and utilised to recharge groundwater. The DJB is also creating artificial lakes at the Pappan Kalan Wastewater Treatment Plant (WWTP), the Dwarka Water Treatment Plant (WTP), the Timarpur Oxidation Pond, the Rohini WWTP and the Nilothi WWTP.

These are good initiatives but may not significantly improve ground water recharge unless there is a planned initiative for installing groundwater recharge wells at scale all over Delhi. This should have been prominently highlighted as a major initiative, in cooperation with resident’s welfare associations (RWA) in Delhi colonies that are now paved with cement and concrete, where maximum ground water withdrawal is happening.

While aiming to make Delhi water-secure by 2041, the master plan just about does the opposite. It aims to curtail water supply by reducing per-capita allocation on one hand while increasing the dependence on water sourced from Himachal Pradesh and UP on the other.

Delhi needs to prepare for imminent water emergencies and shortages. Failed monsoons or water supply being cut off from neighbouring states in times of climate disruption are real risks and Institutional preparedness for dealing with them is essential.

The Delhi Master Plan for 2041 needed to highlight the urgent need for preparing protocols for declaring a water emergency for a metro like Delhi. Norms and procedures to be followed for water use and the rationing and monitoring of supply are needed to ensure that equity and social harmony are not disturbed.

Also read: Delhi’s Draft Master Plan 2041 Is of the DDA, Not of the People

A city’s master plan is essentially a spatial land use development plan. The Delhi Master Plan for 2041 needed to be situated within the NCR Regional Plan.

As Delhi has reached its limit for undeveloped land, what was expected was a firm commitment for recreating public and basic infrastructure as the top most priority. This means allocating land for decentralised waste water and solid waste management in the heart of Delhi, augmenting water supply from treated wastewater as well as a commitment to at least 50% new housing for the poor and lower-middle class and facilities for the homeless.

Additionally, it should have prioritised land also for social infrastructure, for universities and higher education institutes, health infrastructure facilities, recreation and sports facilities.

The draft Delhi Master Plan for 2041 in its current form is a missed opportunity to serve as an urban planning guide for the big metros of Mumbai, Bengaluru, Chennai, Kolkata and several state capitals and cities. If released in its present form, it may set a dangerous precedent for the other metro cities of India.