Chaos on Highways as Haryana Seals Borders With Delhi

The Haryana government said there has been a surge of coronavirus infections in the districts bordering Delhi. 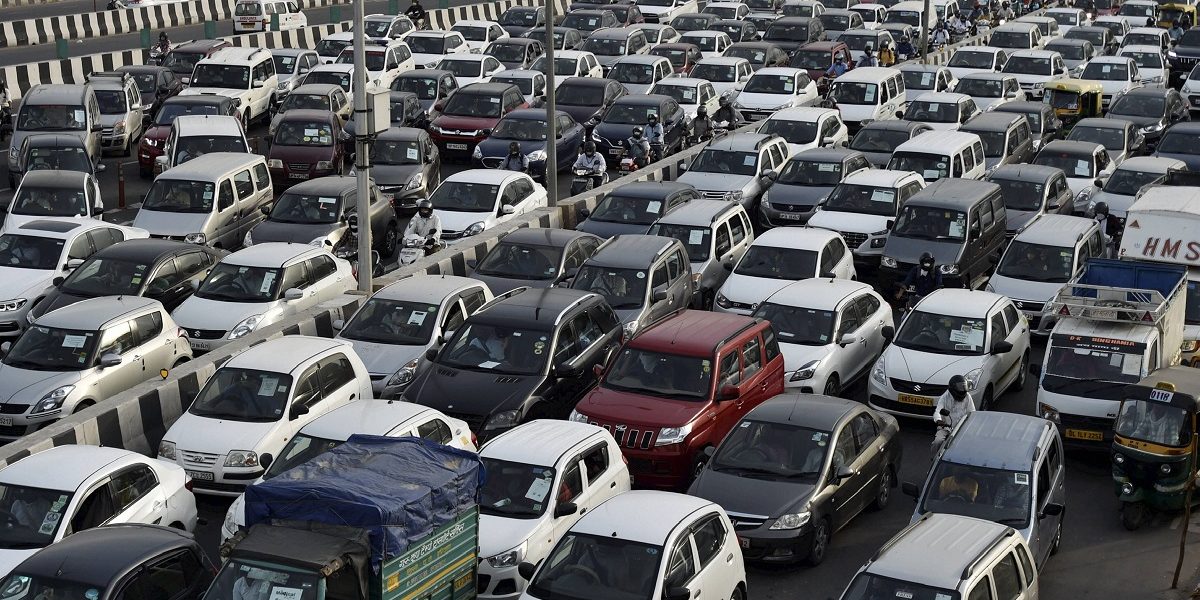 New Delhi: There was a huge pile up of vehicles on both sides of the Delhi-Gurugram border on Friday morning as Haryana sealed its borders with the national capital following a surge in COVID-19 cases. Earlier, the state’s home minister Anil Vij, issued an order sealing the border due to a spike in novel coronavirus cases in four districts of the state that share their boundaries with Delhi – namely Gurgaon, Faridabad, Sonipat and Jhajjar.

However, as prior information about the Haryana government’s plan to seal the border was not made available to the travelling public, lakhs of commuters and vehicles carrying goods got stuck at the borders. In the searing heat, people faced a lot of hardship as vehicles were turned back. The chaos saw many stuck near the borders for close to three-four hours.

A large number of people travel between Delhi and the satellite townships in Haryana on a regular basis for work. The sealing of the border caught them completely off-guard, as it came just as people were getting used to a resumption of normal work after the relaxation of the lockdown restrictions.

Incidentally, the sealing of the borders serves as a reminder of the perils of relaxing the lockdown too soon. At a time when people were bracing for further relaxation of restrictions, the sealing of the borders has come as a rude shock. Some commuters questioned why the Haryana government did not announce its decision to seal the border beforehand, as it would have saved many people from inconvenience. “If they had let us known yesterday, we would not have come out this morning,” said a resident of Sector 56, Gurugram, who commutes to Delhi for work.

Meanwhile, Vij was quoted as saying that he has “issued orders today [Friday] that in the districts adjoining Delhi, no leniency should be shown.” He argued that 80% of Haryana’s coronavirus cases were being reported in the districts adjoining Delhi. “Therefore,” he added, “we are maintaining strictness on our borders with the national capital and keeping these sealed.”

The minister, however, clarified that vehicles ferrying essential services and people engaged in these services would be allowed to ply. However, on Fruday, many of these vehicles were also stuck in the long traffic jam that was created on both sides of the border.

Earlier, Haryana had given an undertaking before the Delhi high court that it would only allow movement of people from Delhi on the production of e-passes which are being issued to those engaged in providing essential services, including medical professionals.

The e-pass, it said, would be issued within 30 minutes of application and would remain valid for multiple visits during the lockdown.

Haryana’s decision to seal the borders was influenced by a large part of the state’s 1,504 COVID-19 cases being reported in the four districts around Delhi. The state believes that putting a curb on travel would bring down the infection rate. These districts have also witnessed a large number of deaths, with Faridabad reporting seven fatalities, following by Gurugram (3) and Sonipat (1).

As far as new cases go, Gurugram reported 68 more on Thursday while 18 fresh cases were reported from Faridabad and four from Sonipat. With this, the total number of COVID-19 cases in Gurugram has gone up to 405, while the tally of Faridabad has touched 276, Sonipat 180 and Jhajjar 97.