Kejriwal said he himself, along with most of the members of his family, had no birth certificate. 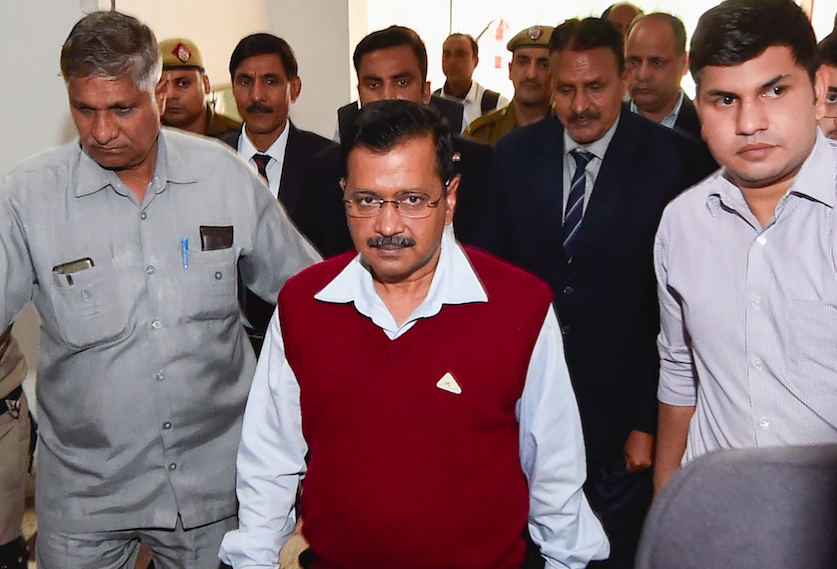 New Delhi: Delhi chief minister Arvind Kejriwal on Friday, March 13, said while Muslims who do not have proper documents, namely birth certificates issued by corporations or panchayat, would be put by the Central government in detention centres under the National Register for Citizens schemes, even Hindus will not be spared.

“Either Hindus will have to say that they are Pakistanis or they too will have to go to detention centres,” he said during a discussion in the Delhi Assembly.

As his party MLAs voted in favour of a motion against the National Population Register in its present form, Kejriwal also charged that this verification exercise would form the basis of the NRC, under which people unable to prove their citizenship would be sent to detention centres.

The Kejriwal-led Aam Aadmi Party government had called a one-day special session of the assembly to discuss the implementation of the National Population Register and demand that if executed, it should be done on the basis of the 2010 procedure.

At the end of the day a resolution to the effect was also passed by the Delhi assembly.

The resolution against the existing NPR was moved by senior minister Gopal Rai who stated that “…such a thing did not even happen under the British rule.” He said the manner of implementation was “raising questions on every person’s citizenship”.

Rai stated, “The NPR should not be implemented in Delhi in the existing form and if it is to be implemented then that should be done according to the procedure followed in 2010.”

Later, deputy chief minister Manish Sisodia spoke of the connection between NPR, NRC and Citizenship Amendment Act. The developments came just a day after Union Home Minister Amit Shah during his reply to a debate on Delhi violence in Rajya Sabha stated that no documents would be sought from people during the NPR enumeration.

The Union home minister had also stated that there was a need to remove the apprehensions over CAA and NPR, that is scheduled to start next month, and ahead of which campaigns stating “we won’t show documents” have already begun in several parts of the country. Incidentally, Shah had also stated that no one, including Muslims, would be marked under the ‘D’ or ‘doubtful’ category as part of the exercise to update the NPR.

However, Kejriwal in his speech on the resolution against NPR in Delhi attacked Shah for doublespeak and misleading people.

Speaking on the motion, Kejriwal asked if a time when the country is going through real problems, it would really help if we all keep discussing CAA, NPR and NRC. But, he added, that the moves of the Centre could not be ignored.

Kejriwal said the argument furnished by the Centre and BJP leaders is that “no NRC draft has come”.

But he recalled how President of India, Ramnath Kovind, had stated on June 20, 2019 that the government has decided that NRC will be implemented on a priority. Further, he said, on December 10, Amit Shah had said in parliament, “Hum iss par bilkul saaf hain ki NRC to iss desh main ho kar rahega” (‘We are very clear that NRC will happen in this country’).”

“When President and home minister have said it, then what is left?” Kejriwal asked.

He said Sisodia had clearly explained how CAA, NRC and NPR are linked.

“When NPR had come earlier, there was no afra-tafri (chaos). But home minister said ‘chronology samajh lijiye, pehlay CAA ayega, phir NPR aur phir NRC (‘understand the chronology, first CAA will come, then NPR and then NRC’),” he recalled.

Insisting that he was only drawing from the statements of Shah, Kejriwal said “people are worried” because they saw what happened in Assam. “In Assam, 19 lakh people were not covered under NRC and they have been sent to detention centres.”

Now, the Delhi CM said, “people are worried what would happen to them. Now some Central government officer will come to your place and ask you to prove your citizenship by showing some documents. No matter which religion you belong to, you will be given citizenship if you are able to produce them. But if you are a Muslim and cannot produce the documents, then you will be sent to a detention centre.”

‘To stay, Hindus without documents will have to say they are Pakistanis’

Thereafter, Kejriwal said, even Hindus who do not have necessary documents will not be spared. “If you are a Hindu, and you say you are from Pakistan, you will be given citizenship. But if you are an Indian Hindu with no documents then you will be sent to a detention centre. Our Hindus will deliberately be forced to say they are Pakistanis. We will die but not say this. What kind of a law is this?” he asked.

“A time will come when the government will make you say you are a Pakistani,” he said, warning the Hindus of the country.

Explaining why he was saying so, Kejriwal elaborated: “People say Hindus will get citizenship. But on December 17, Shah said to Aaj Tak that under NRC there would be no discrimination; anyone not found to be a citizenship will have to leave the country. So Hindus not having documents will not be allowed citizenship unless they will say on affidavit that they are Pakistanis.”

‘Shah never said documents will not be asked for NRC’

Then going into what documents the Centre will seek for NRC, Kejriwal said: “In his interview to Times Now on December 17, the home minister said Aadhaar and voter cards do not determine citizenship. Only one document will be accepted – that is a birth certificate issued by any government agency, either a municipality or panchayat. Even school certificates will not be accepted.”

‘My family, entire Cabinet, Speaker do not have documents to prove citizenship’

Then through a hand count, Kejriwal ascertained that 61 of the 70 members in the Delhi assembly did not possess these documents. He thereafter urged the Centre to stop NPR in its present form and the plans for any NRC.