Delegated Legislation: The Blindspot of the Parliament

Rules under an Act are not legislated by parliament and delegated to the executive. While a process to oversee the rules exists, it is rarely followed.

The Constitution of India established the parliament of India to act as the supreme legislature of the country, one to make national laws and to hold the Union government accountable for its policies. The most important function of the parliament is legislation or enactment of laws.

Theories of political science often envisage the parliament as the body which transforms the will of the people into statutes for the smooth functioning of society. However, in practice, the parliament only debates and enacts Bills which are brought before it by the government and by individual MPs. An important component in law making, which is unfortunately not given adequate attention, is delegated legislation.

A large number of Bills are placed in the parliament to be enacted as laws. Due to the need to transact government business in an expeditious manner, the Acts provide the legal framework and the main policy principles. The parliament then, through a section in the Act, delegates its legislative powers to the government to frame rules or regulations, to provide clear cut procedures and details to supplement the Act.

Also Read: Parliament in Decline? The Ball is in the Speaker’s Court

The gambit of rules, regulations, by-laws, sub-rules are referred to as subordinate legislation. The parliament cannot delegate its essential legislative powers to the executive, it must provide the basic guidelines for the executive to follow for it to frame rules. Similarly, the executive cannot frame rules which go beyond the mandate of the Act.

Interestingly, courts rarely strike down subordinate legislation. One of the reasons for this reticence, apart from the high threshold which a petitioner challenging these rules has to meet, is due to the belief that the parliament maintains an oversight of the rules. The rules once framed by the government is by practice laid on the floor of both houses of parliament for a specific period of time before it is finalised. This procedure has been described by the Supreme Court as parliament’s mechanism to maintain “strict vigilance and control over its delegate.”

This procedure has been described by the Supreme Court as parliament’s mechanism to maintain “strict vigilance and control over its delegate.” Credit: PTI/Ravi Choudhary

Unfortunately, the theory rarely aligns with the practice. For the purpose of brevity, this point shall be illustrated primarily with reference to the procedure followed in the Lok Sabha, as there is an equivalent procedure in the Rajya Sabha. The issues in relation to delegated legislation are not restricted to the parliament alone, they are also found with legislative assemblies of the states.

There are two main forms of parliamentary oversight over the rules framed by the government. If an Act states that the rules framed in furtherance of it has to be placed before the parliament, then within six months from the date from which the Act comes into force, the rules must be laid on the floor of both houses of parliament. It is pertinent to note that not all rules need to be laid on the floor, only if the parent Act specifies this procedure, does the executive have to comply with it.

It was only since 1971 that it was made a regular practice to include a clause in a Bill to specify the laying of subordinate legislation before the parliament for a period of 30 days. However, this is flawed as such an important procedure cannot rest on the basis of practice or convention. There must be a mandatory constitutional obligation on the government to submit rules for scrutiny by the parliament.

The rules are generally laid subject to negative resolution, which means that the rules will become law after the expiry of the 30-day period, unless it is modified or annulled by the parliament. Some rules are laid subject to affirmative resolution, which means that the parliament must expressly vote in favour of the rule after it has been laid in order for it become law. However, this is quite rarely used in practice. In the case of the former, an MP is allowed to move a statutory motion to annul or modify the rules. However, if an MP gives a notice to move a statutory motion of this nature, the speaker has to decide a date for this purpose, in consultation with the leader of the house [which in practice is the Prime Minister].

However, the government will have little incentive to allow a debate on a rule it wants to notify as early as possible. The speaker has no obligation to consult the MP concerned to determine the date of discussion and it can be conducted as per her discretion. Therefore, it is possible that after an MP submits a notice, the speaker and the government can delay taking a decision on a matter until the motion lapses. For instance, MP Husain Dalwai had submitted a notice to annul Temporary Suspension of Telecom Services Rules, 2017. However, since adequate time was not allotted for this purpose, his motion lapsed and the rules became final. 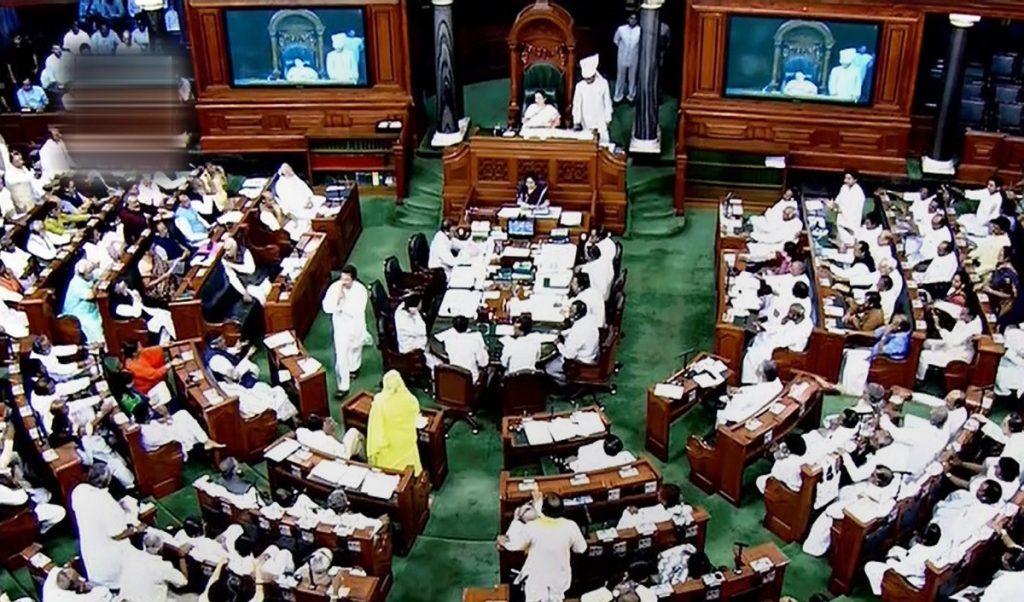 Parliament procedures must be amended to require the affirmation of every rule laid through a vote. This will then guarantee a slot for a vote, and if a MP submits a notice in advance on why a particular rule must be amended or annulled, then it can be raised prior to the vote and the concerned minister must be mandated to give a reply to the arguments of the MP.

The other method of scrutiny of delegated legislation is through the Standing Committee on Subordinate Legislation in both houses of parliament. The committee is required to study the rules, seek expert and public opinion and submit reports to the house. Unfortunately, a study has shown that from 2008 to 2012, only 101 pieces of delegated legislation, out of a total of 6,985 had been scrutinised by the committees.

The parliament must consider setting up additional working committees under these committees, with legal and policy experts to help undertake a comprehensive study of all the rules placed in the parliament. As per the existing procedure, if the government is unable to draft the rules within six months from the date of commencement of an Act, it must seek an extension from the committee. However, in the past, committees have complained that extension requests do not contain the reasons for the delay and that when there is a follow-up on delays in framing rules, ministries are not responsive. Parliamentary procedures must make it clear that conduct of this nature amounts to a breach of parliamentary privilege, for which punitive action may arise.

There must be greater interface between the committee and the MPs. Parliament should consider a procedure whereby if a piece of subordinate legislation is referred to the committee by an MP for an analysis on specific grounds, then it must be mandatorily undertaken and reported to the house in a time bound manner.

To reduce the burden of the committee, it can be stated that a reference of this nature must be endorsed by at least 20 MPs in the Lok Sabha. It should not be left to the discretion of the chairman of the committee to decide whether or not an analysis must be undertaken, as political factors may come into play.

Shashi Tharoor had once referred the Shut-Down Rules framed by the Modi government, to the chairman of the committee on Subordinate Legislation on the grounds that it empowered the government to arbitrarily order internet shutdowns. However, the chairman, Dilip Kumar Gandhi, a BJP MP, never took up the matter for a study. A mandatory procedure would have forced the committee to study these problematic rules in depth.

Failure to oversee delegation legislation can lead to abrogation and abuse of ruling making powers by the executive. Bad rules will inevitable lead to litigation and increase the existing backlog of cases. It may be a panglossian hope that the next Central government may revise the existing parliamentary procedures in order to strengthen the oversight over delegated legislation, nevertheless such a step is essential to give life to the writ of parliamentary democracy in our country. If left ignored, this blind spot of parliament may hasten its rot.