In DAP 2020, the scope for offsets is now confined only to contracts involving outright purchase of materiel from foreign vendors through competitive bidding. 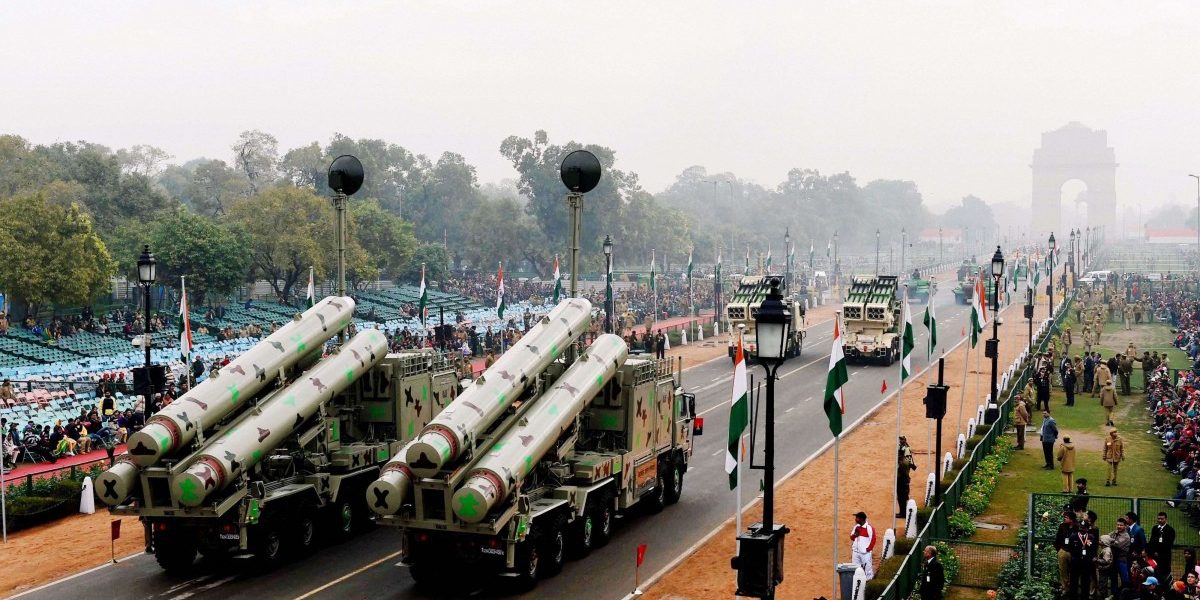 The modified defence offset policy in the recently released Defence Acquisition Procedure (DAP) 2020 reflects the vacillation that has dogged its evolution since 2005, when it was adopted by the Ministry of Defence (MoD) amid fanfare to achieve objectives that were, however, delineated only seven years later in July 2012.

The policy was aimed at binding foreign vendors to plough back a certain percentage of the overall contract value into the buyer country on terms and conditions stipulated by the latter. Till the advent of DAP 2020 offsets could be discharged by investing in cash or kind in India’s domestic defence manufacturing and services sector, civil aerospace, internal and coastal security, and defence research and development.

Initially, all outright capital procurements exceeding Rs 300 crore from overseas vendors, or their licensed production through a production agency designated by the MoD, entailed an offset obligation of at least 30%, with the latter reserving the right to alter it. An almost sevenfold rise in this basic threshold to Rs 2,000 crore in 2016 led to a significant reduction in the number of contracts necessitating offsets.

In DAP 2020, the scope for offsets has shrunk further. It is now confined only to contracts involving outright purchase of materiel from foreign vendors through competitive bidding. Conversely, all contracts based on ab initio negotiations with a single vendor are now exempt under the new procedure from discharging offsets.

The MoD’s somewhat disingenuous justification for terminating offsets is that vendors ‘load’ extra costs onto the final contract value and doing away with them can reduce purchase costs. This, however, was known even in 2005, but the MoD took a conscious decision to bear this additional cost in order to strengthen India’s fledgling defence industry through integration with the global supply chain and infusion of technology.

The offset-exempt categories in DAP 2020 include acquisitions through inter-governmental agreements or IGAs, for instance, the 2016 procurement of 36 French Rafale medium multi-role aircraft and other assorted equipment acquired via the US foreign military sales (FMS) programme. The import of Apache attack and Chinook heavy-lift helicopters are India’s most recent FMS buy. This exemption is significant as a large proportion of India’s recent military acquisitions have been via these government-to-government routes. 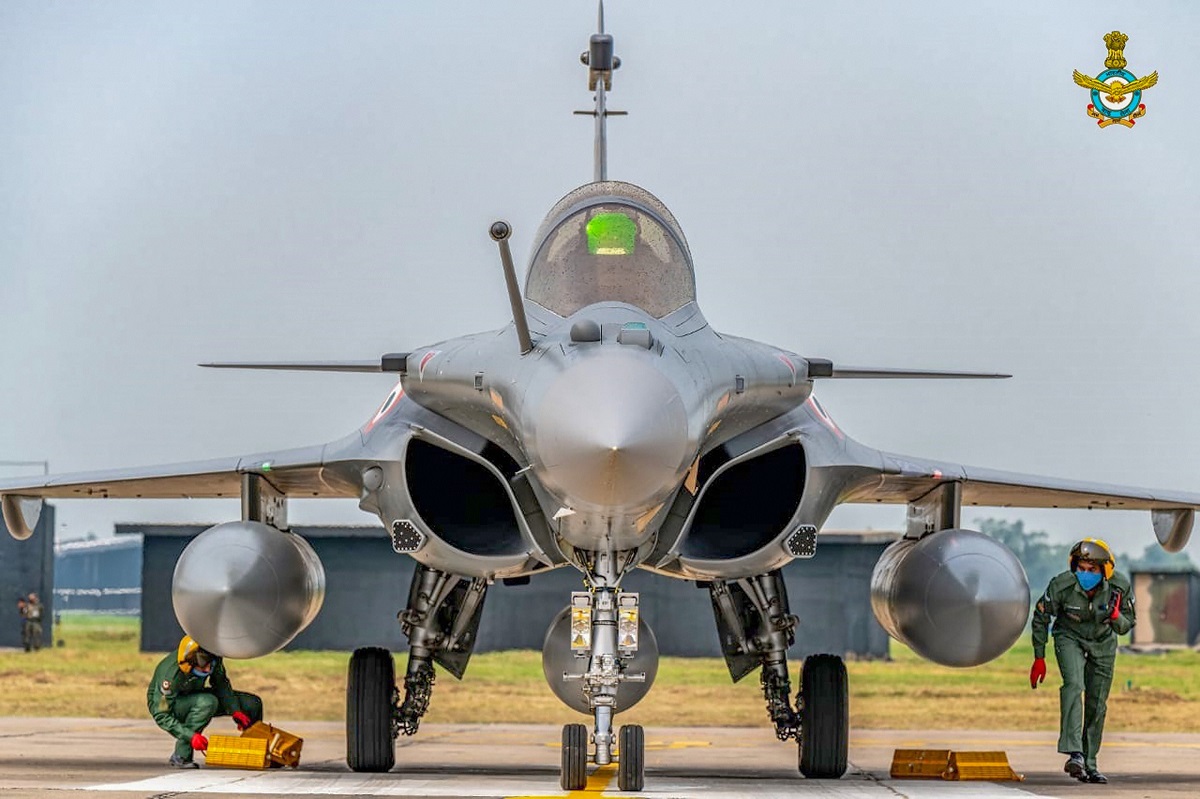 Five Rafale combat aircraft from France arrive at the Air Force Station in Ambala on July 29, 2020. Photo: IAF via PTI

What could be the possible consequences?

Consequently, it is only a matter of time before private overseas materiel vendors begin pressing their governments into duplicating IGA or FMS-type schemes to bypass India’s offset policy. Such a move would automatically terminate the offset policy altogether, much to the foreign vendors’, and possibly, even the MoD’s relief.

If this policy were indeed discontinued eventually, the MoD would be relieved, as it would then not need to ‘police’ offset contracts that are difficult, if not impossible, to monitor. The vendors, for their part, would be appreciative as navigating the MoD’s complex and inchoate offset regulations and timelines to discharge them is nothing short of a nightmare, further exacerbated by the threat of the MoD penalising them for defaulting on offsets, instead of removing the bottlenecks to facilitate performance of the offset contracts.

The case for terminating offsets is reinforced by the Comptroller and Auditor General of India (CAG) that stated in a report tabled in the parliament on September 23, that they had not yielded the ‘desired results’ despite being repeatedly tweaked over the past 15 years to render it industry-friendly and result-oriented.

From the onset, offsets were stymied by unnecessary MoD controls. Offset guidelines elaborately specified ways for vendors to discharge this obligation, but concurrently robbed them of the freedom to do so by stipulating that its prior approval was mandatory. Even changing an Indian offset partner (IOP) or either re-phasing or restructuring the offset implementation schedule necessitated MoD’s prior approval. This not only hindered offset execution, but also severely tried the vendors’ patience to an extreme.

The regulatory control exercised by the MoD could perhaps be justified had it helped in achieving its policy objectives but, unfortunately, that is not the case. The CAG pointed out in its September 2020 report that in many cases the vendors made various offset commitments to qualify for the principal contract without being earnest about fulfilling them.

An instance of this facetiousness stated in the report is the prevarication on the part of Dassault Aviation in confirming technical assistance to the Defence Research and Development Organisation (DRDO) for indigenous development of the Kaveri engine for the Light Combat aircraft as part of its Rs 59,000 crore deal for 36 Rafale fighters.

The reality is that the control exercised by the MoD in ministering its offsets through the medium of technical evaluation often ‘persuades’ the vendor – otherwise free to choose the avenues for discharging the offset obligation – into agreeing to unworkable demands and implementation schedules, defeating the basic rationale of the policy, if ever there was any. In fact, the policy could have perhaps worked better in the absence of these controls and greater clarity about what the MoD wanted.

In short, after 15 years, the MoD’s offset policy is terminally floundering, partly due to the way it was structured, but more because of the means incorporated to enforce it which have not been untangled in the latest round of revision. Hence, its quiet burial remains the only sensible way forward to try and untangle the complex and, at times, incomprehensible DAP 2020.

This brings to mind a song by Urdu poet and song writer Sahir Ludhianvi in the 1963 Bollywood blockbuster Gumrah: Woh afsana jise anjam tak lana na ho mumkin, use ik khubsoorat mod de ke chhodna achha (It is better to abandon the story that cannot be brought to its logical end, giving it a beautiful twist.)

India’s defence offset policy that is struggling to deliver the intended outcome can certainly benefit from Sahir’s romantic, but unassailable, advice.