Should the Defence Ministry Be Sued for the Deaths of Soldiers?

In 2013, the UK Supreme Court allowed families of soldiers who died in combat to sue the government for damages. There are good reasons for this to happen in India as well. 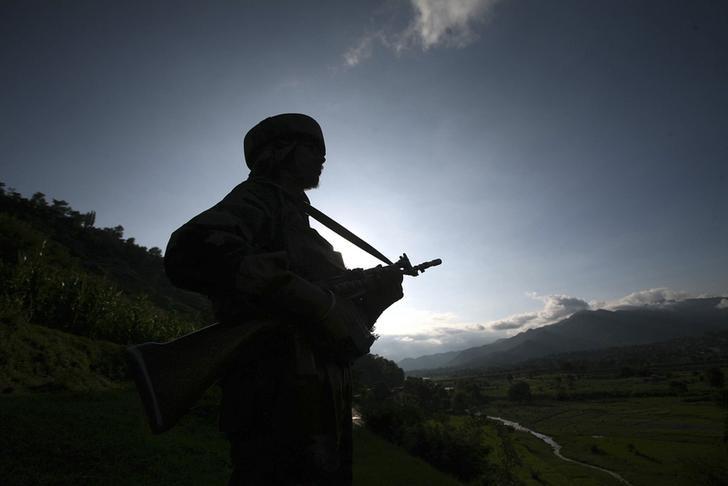 The Indian public gets moved by other crimes that regularly take place in the country but does not protest enough against the ‘system’ when soldiers on active duty in Jammu and Kashmir are killed. Perhaps this passivity is due to the widespread belief that, all said and done, soldiers will die in combat. Many a politician has actually said so in as many words. The belief is that the system cannot be held responsible for the inevitable and the controllers of such men cannot be held culpable. However, a landmark 2013 Supreme Court judgment in the UK  may have effectively punctured that argument. It now seems that while all deaths may not be blameworthy, some of them may well be. Blameworthy to the extent that the system can be taken to court for damages and compensation.

Recently, the chief of air staff, Air Chief Marshal B.S. Dhanoa, stated that the shortage of 10 fighter squadrons in the Indian Air Force (IAF) will have the same effect on the outcome of a battle as fielding seven (rather than 11) players in a team will have on a cricket match. This is an explosive admission of the state of unpreparedness within the IAF. Similar admissions of unpreparedness have come in the past few years from the other services too, as also all paramilitary forces. There have been reports of shortages of bulletproof jackets and protective measures in the camps of our soldiers, resulting in unnecessary deaths. In the Pathankot airbase attack case, Lieutenant Colonel Niranjan Singh of the bomb disposal squad died defusing an explosive manually. In other countries, such bombs are normally defused using a telescopic manipulator and a total containment vehicle – not by a person by hand, without any protection whatsoever. However, all these warnings and news items fail to arouse the nation.

A precedent on governmental accountability

At this time, the case mentioned from the British Supreme Court offers some very relevant pointers. The judgment in this case was given in 2013, with the court ruling that the families of three British soldiers who died during combat in the Iraq war were free to sue the defence ministry for damages. This example is being offered here not as a precedent to be directly transported to our situation, but in order to analyse the arguments advanced by the learned judges in reaching their decision.

The UK case was, in fact, three cases clubbed into one. In case one, some soldiers in a tank died as a result of some other soldiers of the same force firing on them, mistaking them to be the enemy. In cases two and three, soldiers died in two separate incidents of IED blasts, damaging their Land Rover vehicles. In these three cases, families of the soldiers filed for compensation from the employer of the soldiers – the Ministry of Defence (MoD). In case one, the appellant claimed that the tank used by the deceased lacked features that could have prevented the incident altogether. Also, the deaths were a direct result of the soldiers not having been provided with adequate recognition and situational awareness training, which would have helped avoid the friendly fire. In cases two and three, the main claim was that death occurred as a result of using the wrong instrument for the task. The Land Rover vehicle did not have adequate protection against the known dangers of that area. A more potent vehicle, suitable for the area, should have been used, it was argued.

Also by Col Alok Asthana (Retd.): Rewarding Major Gogoi for Using a Human Shield Is Against the Army’s Moral Fabric

In these three cases, the charges against the MoD were primarily of two types. First, that the army deployed equipment which was inferior to the demands made by the situation. And second, that there was negligence in providing the right type of training and protective equipment. The argument was that the MoD failed to take measures within the scope of its powers which, judged reasonably, it might have been expected to take in the light of the real and immediate risk to the life of soldiers. As everyone can see today, the situation in India is about the same in many cases, so we can certainly learn something from that case.

The UK MoD pleaded ‘combat immunity’ – that it should be given a sufficiently broad scope to cover all acts or omissions that are alleged to have caused death or injury in the course of combat operations. It also pleaded that it would not be fair, just or reasonable to impose a duty of care on the M0D in the circumstances of those cases.

The case went through trial and appeal. Finally, in the judgment on admission of the cases, the learned judges in the Supreme Court held that the army has the right to decide what equipment they want used in combat. Thus the doctrine of combat immunity was upheld. However, the court went on to clarify that the doctrine should be construed narrowly and not extended beyond its established scope of actual combat operations, to the planning of and preparation for active operations against the enemy. The court said that the doctrine does not hold all with regard to the decisions which are taken far removed from the pressures and risks of active operations against the enemy. Therefore, the admissibility of the claim of negligence, or death due to lack of proper training and protection measures in equipment used, was tentatively upheld. The case for compensation is now being heard.

Why take this judgment seriously?

It is true that courts should be careful in questioning operational decisions made on the ground by commanders, whatever their rank or level of seniority. Military operations conducted in the face of the enemy are inherently unpredictable. However, there is a fundamental difference between casualties which occur under controlled conditions which can be accurately planned for and what happens in situations over which they do not have complete control. It is hard to see why soldiers should not be given the same protection against the risk of death or injury by the provision of appropriate training and equipment as members of the police, or fire and other emergency services.

As for shortages of aircrafts and ships, lack of finances may be cited as a reason. That claim could well be valid. However, the problem really is that we don’t seem to accept that the responsibility for the defence of India lies with the defence secretary and not the chiefs of the three services. The chiefs are not even part of the Cabinet Committee of Security.

The first schedule of the Government of India (Allocation of Business) Rules, 1961 (Clause 3 of Article 77 of the constitution) states that the business of the government is to be conducted by the departments mentioned in the first schedule. None of the service headquarters are departments of the MoD. All the departments of the MoD are headed by secretaries. Hence the defence secretary is responsible for the defence of the country. This means he is responsible for maintaining manpower, equipment, ammunition, conduct of operations and prosecution of war, including demobilisation after the war.

Dhanoa’s ‘cricket with seven players’ analogy of the IAF going to war with a depleted squadron strength is not actually correct. While the shortage of four players in a cricket team results only in the loss of a game, similar shortages in the IAF result in the loss of lives in combat and, perhaps, even the loss of an entire battle.

It is easy for politicians and the media to react to the killing of soldiers and paramilitaries in Jammu and Kashmir, Chhattisgarh and elsewhere with glorification but no one is willing to establish responsibility for their deaths. It now seems that this can be done and in many incidents, a case may actually exist to seek compensation and damages. If the relatives of the soldiers and paramilitaries killed in counter-insurgency operations work towards this, it will improve the situation for others who may otherwise face the same fate. While soldiers themselves cannot collectively fight for a right to better chances of survival in combat, surely this is a question that a group of ex-servicemen can take up.

Colonel Alok Asthana is a retired infantry officer with a command tenure in Jammu and Kashmir. He can be reached at alok.asthana@gmail.com.