By Boasting About Indigenising Nuts and Bolts, MoD Again Misses the Forest for the Trees

The list of 2,500 items indigenised by the defence public sector undertakings leaves one wondering about the standards the defence ministry has set for itself to adjudge the success of its 'atmanirbharta'. 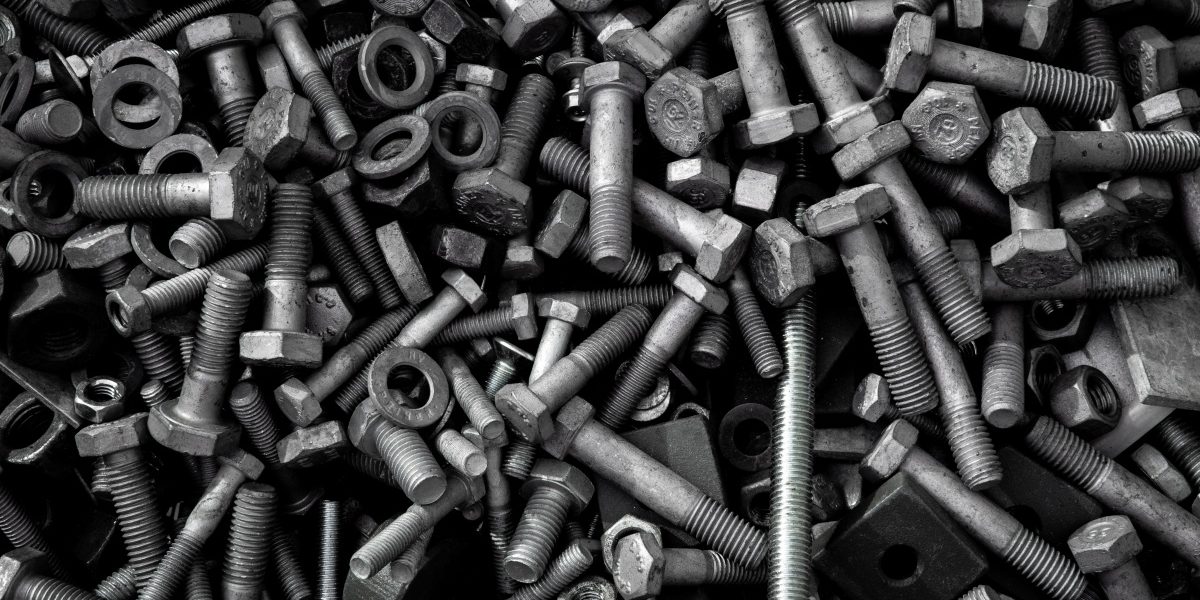 Desperate to showcase the success of its ‘Make in India’ initiative, the Ministry of Defence (MoD) set new standards of inanity on December 27, 2021 by notifying a list of 2,500 items indigenised by the defence public sector undertakings (DPSUs) and another 351 items that will be indigenised by them by December 2024. This great feat, the ministry claims, will save foreign exchange equivalent of Rs 3,000 crore.

As if this was not enough, the MoD notification also mentions the part numbers of the indigenised items – making the list look more like indents various departments issue to one another in an organisation – and the DPSUs which have achieved the remarkable feat of indigenising these items.

The premier aircraft manufacturing enterprise, Hindustan Aeronautics Limited (HAL), is the clear winner, having indigenised as many as 1,850 items. The credit for indigenising the remaining items goes to the other 15 DPSUs like Bharat Electronics Limited and Bharat Earth Movers Limited, as well as the seven enterprises that were created late last year by corporatising the Ordnance Factory Board.

This fatuous exercise would have been amusing, had it not been so darn embarrassing. Far from showcasing the success of the indigenisation policy, for what it’s worth, the notification reflects poorly on how the MoD is missing the forest for the trees. Should a behemoth like HAL not be focussed entirely on indigenising all platforms required by the Indian armed forces rather than expending its energies in indigenising nuts and bolts? 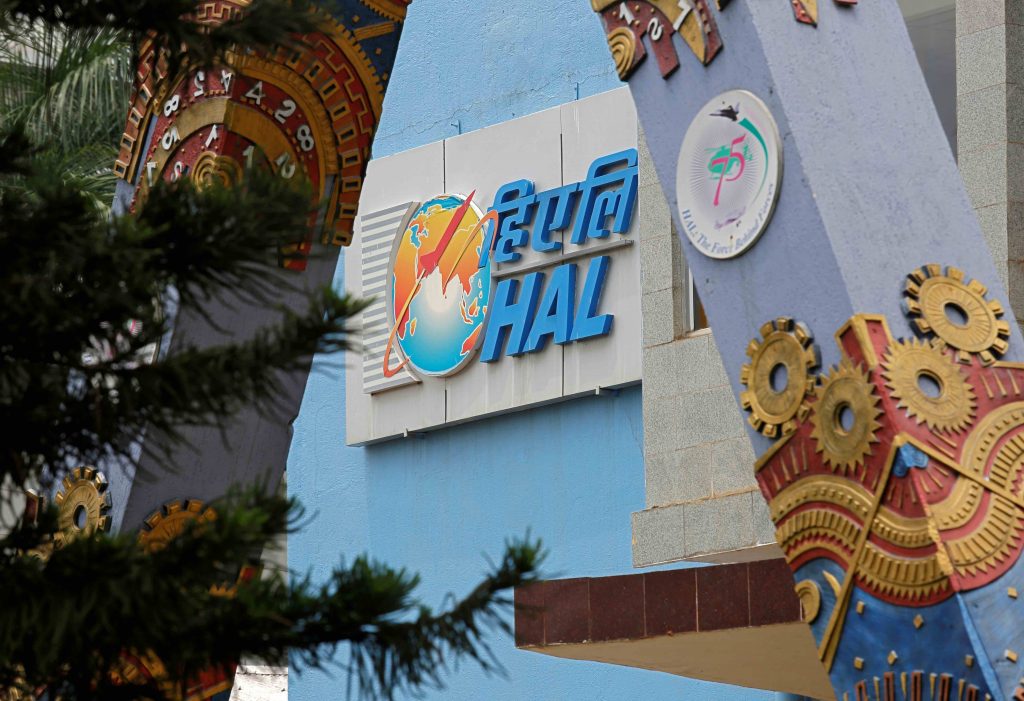 The logo of Hindustan Aeronautics Limited (HAL) is seen on the facade of the company’s heritage centre in Bengaluru. Photo: Reuters/Abhishek N. Chinnappa

The MoD’s Office Memorandum of December 27 does not make it clear whether the monumental task of indigenising 2,500 items was achieved during the previous calendar year or over a longer period. Not that it makes any difference as, in either case, it reflects poorly on the warped priorities set for the DPSUs by the Department of Defence Production.

That nuts and bolts were being imported by the premier public sector manufacturing enterprises till so recently is something to be ashamed of, and not a cause for celebration. It also reflects poorly on the South Block bureaucrats who, far from feeling sheepish, consider it to be a noteworthy achievement of the defence industrial complex of a budding world power like India.

Also Read: The Myth of Atmanirbhar Bharat in Defence Manufacturing

Come to think of it, the MoD has always taken pride in such quotidian achievements of the industrial complex which functions directly under its administrative control.

A few years back, addressing the leaders of the Indian defence industry, one of the highest civilian functionaries of the ministry disclosed to the hapless audience with a sense of great satisfaction and achievement that the ordnance factory board had made great strides in Make in India by indigenising the soles for various types of military boots. The revelation, according to one of the attendees, produced pin-drop silence in the auditorium.

It is unimaginable why it never struck those holding high positions of power that notifying the list of 2,500 mostly run-of-the-mill items that had already been indigenised will serve no purpose and that, if anything, it would be bad publicity for the public sector – which has for long been criticised for being the master of only ‘screwdriver’ technology.

Incidentally, it is not as if all the 2,500 items have been indigenised by the DPSUs all by themselves. Since the MoD has also been insisting on the DPSUs outsourcing as much work as possible, the chances are that most, if not all of these items, were indigenised by their sub-vendors. Not that giving credit to them would have mitigated the absurdity of notifying the list, but at least it would have been more honest.

This is the third list of its kind issued by the MoD ostensibly to promote indigenisation. The first list of 101 items, it may be recalled, was issued in August 2020, followed by the list of another 108 items in May 2021. Both these numbers are considered auspicious by Hindus, but there is little evidence of these numbers turning the wheel of fortune for the much-fancied Atmanirbhar juggernaut.

The chances of the third list of 351 items producing a different result seem remote. For one thing, this list also includes mostly run-of-the-mill items like plugs, fuses, resistors, chokes, screws, nuts, washers, pins, gaskets, PCBs, and the like. And for another, the MoD’s policy directive of 2019 to the DPSUs that the indigenised products should invariably be cheaper than the cost of importing them, is not conducive to indigenisation.

While indigenisation may help save foreign exchange, there is no evidence that indigenisation is always cheaper, especially when it is forced upon the DPSUs overlooking the commercial viability of indigenous production of items required infrequently or in small numbers.

The simple truth is that DPSUs are commercial organisations, which must earn profit to sustain themselves, and therefore, they will anyway make efforts to indigenise if it makes commercial sense and there are no legal hassles in using indigenous components in platforms and equipment being license-built by them.

The proclamation that after the notified cut-off dates, the said items will be sourced only from the Indian industry is noble, but it also presupposes that the Indian industry will be ready with the products, meeting the requisite technical specifications, when the embargo kicks in. This is where the private sector finds itself on a sticky wicket, as the DPSUs, either on their own or at the behest of the armed forces, are known to keep changing the technical specifications all the time.

The industry, especially the private sector, does not have the stomach to pander to the whims and fancies of those who set the technical specifications, invest in developing the product, and then wait interminably for the purchase orders from the DPSUs who, in turn, are dependent on the orders from the armed forces.

At times, this wait becomes interminable as there is no guarantee that the orders will indeed be placed and that all those who manage to indigenise the listed items will be able to sell them. Besides, the defence market is also not large enough for several players to thrive.

If the December 27 notification is any indication, there is something seriously wrong with the indigenisation policy being pursued by the MoD. The ministry’s focus should be on indigenous design, development and production of major platforms as that alone can be the true test of a successful indigenisation policy the nation can justifiably be proud of. Claiming the indigenisation of nuts and bolts as an achievement can only be a source of amusement and mockery.