Overcoming resistance to toilet usage requires addressing values, norms and beliefs that will lead to behaviour change, and ultimately the health and economic benefits. 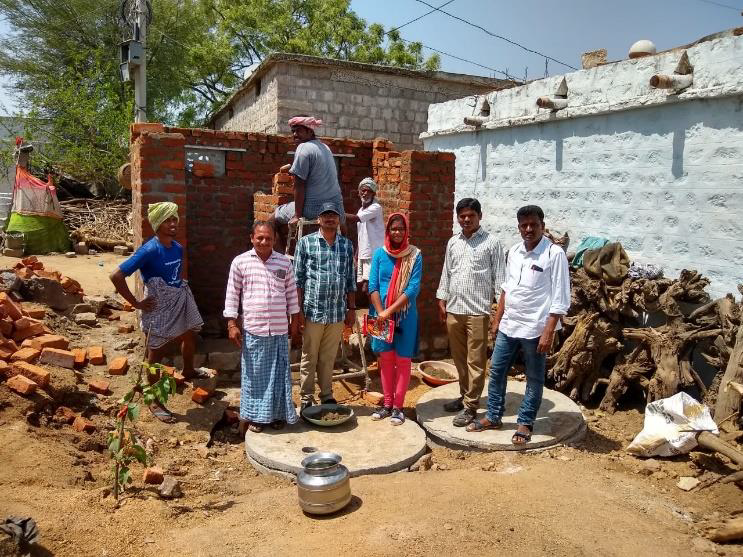 October 2, 2019, marked the five-year anniversary of the Swachh Bharat Mission (SBM) – an ambitious programme aimed at declaring the country free from open defecation.

There is much to celebrate. As per government data, in rural areas alone, over 10 crore toilets have been built in the last five years, representing a staggering 38 toilets built per minute. While questions remain on the true extent of coverage or usage, there is no doubt that the country has seen an unprecedented rise in access to individual household toilets. Today, many more are aware of sanitation than ever before and those for whom access was the main barrier, have seen an increase in the usage of sanitation facilities.

But the processes involved  in the implementation of Swachh Bharat are also a clear reminder that while mission-mode programmes work relatively well in achieving short-term, measurable, defined objectives such as toilet construction, sustaining momentum or dealing with wicked-hard problems such as changing social norms or maintaining the water-sanitation-health continuum are much tougher. And herein lies the challenge of Swachh Bharat going forward.

The goal of Swachh Bharat is safe sanitation – for its contribution to improvements in health and nutrition. Recognising this, the rural arm of SBM had advocated for a low-cost, on-site sanitation technology known as the twin leach pit model for its safe and sustainable containment and management of faecal waste.

However, the rush to build toilets fast, with an insufficient focus on awareness (not just of households but also of masons), has meant that in many cases, these guidelines have not been followed. As per the latest National Annual Rural Sanitation Survey (NARSS 2018), only 29% of households with toilets had the twin leach pit model. Instead, many households have built larger, single pit toilets, containment chambers or septic tanks, often even ignoring the recommended distance from water sources or the water table.

Also read: What India’s Next Sanitation Policy Can Learn From the Swachh Bharat Mission

These toilet types require more water and external systems for removal, transportation and treatment of the excreta. Failure to do so effectively could have catastrophic health and nutrition impacts. Moreover, the unavailability of effective systems for emptying them – particularly in rural settings – could lead to the inadvertent promotion of the illegal and inhuman practice of manual scavenging. As our own survey of ODF gram panchayats in Udaipur district had found, as many as 86% of the sampled households reported reverting to manual scavengers for pit cleaning.

The other challenge is of course on sustaining usage or getting communities often with ‘rational’ reasons for not using toilets, to change their behaviour. Overcoming this resistance to toilet usage requires addressing values, norms and beliefs that will lead to behaviour change, and ultimately the health and economic benefits. While the programme attempted a number of different strategies for awareness and behaviour change, the overemphasis on messages about women’s safety and honour have diluted the core message of safe sanitation for its benefits to health and instead reinforced gender-stereotypes.

Finally, in a mission-mode programme, the likelihood of continuing efforts towards an objective that has already been declared as met, are limited. Our Udaipur study found that post ODF declaration, efforts at behaviour change communication or even monitoring came to a standstill. The government’s own verification data shows that the second level of verification is progressing at a slower pace. As of today, 96.5% of the villages that have been declared ODF have undergone one level of verification but only 25% have undergone the second level.

The good news is that the recently released ten-year strategy for sanitation in rural areas (2019-2029) implicitly (and at times even explicitly) recognises a number of these pitfalls. The next phase (described as ODF-Plus) aims at sustaining toilet usage and maintenance and ensuring access to solid and liquid waste management at the village-level. This, as the strategy states, will require a focus on three aspects: access (for new households and anyone left behind), developing or retrofitting infrastructure (such as conversion  of single-pit toilets to double leach pit and ensuring proper solid liquid waste management), and sustaining behaviour change through continuous communication and capacity building.

These are important ‘what next’ guidelines for the sanitation sector. However, in order to truly achieve linkages across nutrition, health, water, sanitation and gender, our policies need to be intersectional and cover the entire implementation value chain. It can’t be that building toilets is the work of Swachh Bharat, preventing diseases is the work of the Health Department, while dealing with nutritional outcomes that of the Ministry of Women and Child Development.

This is a hard ask and one whose onus is not on the sanitation department alone. It would require a significant overhaul of how we design and finance social policy interventions in India.

Currently, every policy (including this one) speaks about the need for institutional convergence. Yet, operational clarity of the same remains a challenge and convergence has become synonymous with coordination. While the 73rd and 74th amendments to the constitution espouse decentralisation particularly for provision of core services, most programmes continue to be designed as top-down schemes or specific missions with separate fiscal and institutional architectures running in parallel.

To solve ‘wicked-hard’ problems such as sanitation, we need to do away with these narrow schematic models and move towards a broader, cross-sectoral  approach. Such an attempt at effective co-convergence will require comprehensive decentralised planning, disaggregated data and truly untied finances. As a recent paper by the International Food Policy Research Institute on nutritional convergence noted:  it is imperative to not just ensure that all interventions reach all target households, but also that they reach them in the right time-frames.

In the 150th birth year of Mahatma Gandhi, the time is ripe for big, bold ideas. Let’s hope we do not repeat the same mistakes and all the effort put in making safe sanitation for health and nutrition a national priority does not go in vain.