An opportunistic system that is willing to turn the other way as long as 'bad officers' produce results is the real culprit.

That DSP Davinder Singh of the J&K Police was caught “transporting” two hardcore Hizbul Mujahideen terrorists and one overground worker (OGW), apparently for a paltry fee of Rs 12 lakh should not come as a surprise. What is really a matter of serious concern is that the system had not only “tolerated” him for so long but had also rewarded him. He was due to be promoted as SP shortly.

Davinder had come close to trouble several times. In 2001, he was transferred out of Budgam after massive public protests against custodial deaths. In 2015, he and another DSP of the Special Operations Group (SOG) were named in an FIR for allegedly extorting money from common people and implicating them in false cases. However, no material damage was done.

Before his execution in 2013, Afzal Guru had claimed in a letter from Tihar to his lawyer that Singh had ordered him to take a man to Delhi and arrange accommodation for him. That man was later shot dead in the Parliament attack case. Afzal Guru was arrested when he went back to Srinagar after his Delhi task was over. Several political parties in Kashmir had demanded that allegations of Davinder having set-up Afzal be investigated.

Nothing happened for obvious reasons—the system had to defend itself. Moreover, who cares when lives are sniffed out to satisfy the ‘collective conscience‘ of a nation and in producing “convenient” results? When asked about Afzal’s allegations, the IG of J&K said the police had no information about it in their records. However, once the allegation was made and political parties too demanded an inquiry, it was incumbent upon the police to do so. People do not have any trust in the police, and are reluctant to register complaints against one of them. 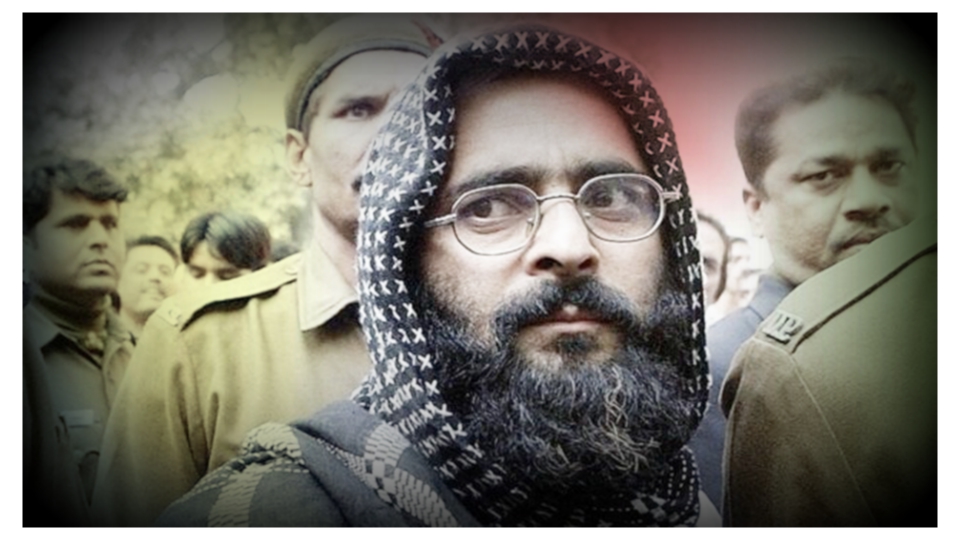 The IG also added that Davinder would be treated ‘at par with militants’ (sic). Obviously, the intention was to pre-empt an accusation that they would perhaps treat one of their own with velvet gloves – the law does not discriminate amongst accused.

This is not the first time that a bad officer producing “convenient” results was rewarded by the system. In October 2017, gallantry medals given to three police officials, namely, Dharmendra Choudhary, former Madhya Pradesh additional SP, Punjab police SI Gurmeet Singh and Jharkhand police SI Lalit Kumar were withdrawn after they were found to be involved in fake encounter, murder and corruption cases.

In 2010, advocate K.N. Rao filed a PIL before the Andhra Pradesh high court stating that three senior IPS officers of the state – Shiv Shankar, Sriram Tiwari and Nalin Prabhat – had never participated in the gun battle with alleged Naxal leaders at Koyyur forest in Karimnagar, and hence could not claim credit for the killing the top leaders, namely, Nalla Adi Reddy, Seelam Naresha and Santosh Reddy on December 2, 1999. Civil rights groups had alleged that the three were arrested by the police from their shelter in Bangalore, brought to Karimnagar in a helicopter and killed in a fake encounter.

A division bench comprising Justice G. Raghu Ram and Justice G.V. Seethapathi expressed displeasure over the way the Central government had gone ahead with the process of awarding gallantry medals to these IPS officers without minimum verification. Observing that the way the Ministry of Home Affairs (MHA) had dealt with the issue had put the prestige and integrity of the medals in jeopardy, the court asked the central government to reconsider the awards. The Court did not accept the Centre’s contention that it had gone by the recommendation of the state government and said, “The Centre has a fiduciary duty in processing the recommendation of the state government for the award of medals and it can neither be abdicated nor outsourced to the state.” The court commented that the “award of medal is not an act of patronage…a spoil of political office nor the product of whim…”

The Andhra Pradesh high court commented that the “award of medal is not an act of patronage…a spoil of political office nor the product of whim…”. Photo: PTI

Earlier, the state government had ordered a probe in the matter when some IPS officers also complained about it. However, the inquiry was dropped in 2007 after these officers claimed that they were present on the spot of the encounter, but their names were not included in the records on the grounds of security! This defies logic. Maybe this could have prevented the Naxals from learning their names at that time. However, once they got medals, their names and the citations became public knowledge. What could save them from the Naxals then? Did the government intend to tell the people that they gave gallantry medals on blank citations and that it guaranteed security for life! In mid-2005, the state wrote to the Centre, asking the latter to take further action in the matter, including cancellation of the gallantry awards. However, the file apparently got lost in the bureaucratic maze of the MHA. Media reports had even named a former DGP of the state of persuading the Centre not to pursue the matter further.

Also Read: Tensions Brew Within UP Police After Leak of Letter Alleging Bribery Racket on Transfers

There are cops and army officers like Avtar Singh, who do horrible, filthy things to fellow human beings, which would fill a normal person with revulsion. However, claims that such things happen because there are a few bad hats in the system, is to close our eyes to the real dishonourable intentions of the system. Such people survive and thrive because the system has vested interests in exploiting their “perversions” for its own ephemeral gains. It drops them only when their evil deeds become too hot to hold.