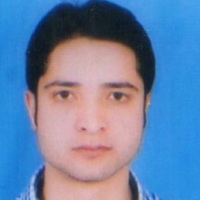 The Jammu and Kashmir high court has rung its bell in its recently delivered judgement on the legacy of the Darbar Move, a 148-year-old tradition in which the capital of the region is relocated twice a year — from Srinagar to Jammu during winter months and vice versa in the summer.

The honourable high court had recently taken suo moto cognisance of the order issued by the Union territory’s administration which had delayed the darbar switch from Jammu to Srinagar in view of the coronavirus pandemic. The high court after considering the material placed before it pronounced:

“Our judicial conscience compels us to “ring the bell” else we would fail in discharging our judicial duty or to perform our Constitutional function as demanded in the interest of the Nation and the people of Jammu and Kashmir especially its common woman and man, the poor and the weak. We hasten to add that conscious of the limitations of our jurisdiction, we shall confine ourselves to “ringing the bell” without anything more”.

The bench headed by Chief Justice Gita Mittal observed that there were no grounds or reasons forthcoming in terms of administrative efficiency, legal justification or constitutional norms for effecting the darbar move. The division bench, citing limitations on the extent of its jurisdiction, deferred the task of reviewing this practice to the best wisdom of those upon whom the constitution of India bestows this solemn duty, i.e. the executive.

The high court, however, went on to prod the decision-makers, including the Centre, and directed them to look into the necessity of continuing with the 148-year-old biannual darbar move, keeping in mind the financial implications of over Rs 200 crore per annum that is incurred by the “hopelessly fiscally deprived Union Territory”.

The legacy of the darbar move

Historical references indicate that the practice of switching darbars or headquarters was prevalent much before, in 1325-1350, when Mohammad bin Tuglaq, on an experimental basis, kept shuttling his capital between Delhi and Daulatabad. The sultan adopted this new methodology keeping in view the strategic value and safety it brought along.

A similar practice was adopted by the Mughals under the reign of Emperor Jahangir when he temporarily kept on shifting his capital to Kashmir during the harsh summer months in mainland India. The British also employed a similar practice of shifting capitals to the hills of Simla during the summer and preferred to work from Calcutta during the winter.

In the erstwhile princely state of Jammu and Kashmir, the practice was begun by Dogra king Maharaja Ranbir Singh in 1872. It was during his reign that the construction of the Banihal cart road was also started, which facilitated his move from Jammu to Srinagar. Some historians assert that it on the ‘advice’ of the British regent – to address the grievances of Kashmiris, who felt neglected at the hands of the Dogra rulers – that this practice was adopted while many also claim that it was out of the maharaja’s own volition to have the best of both the worlds: respite from the scorching heat of Jammu during the summer and the chill of Kashmir during the winter. This method of governance culminated in a convention which has stood the test of time till now.

Implications of undertaking this exercise

The enormity of this exercise can be gauged by the fact that when the capital shifts, so does the civil secretariat, important subsidiary offices, files and government documents, and the assembly. Official documents and other equipment are packed in hundreds of bundles, cartons and metallic trunks, and loaded onto more than 250 trucks which ferry them the 300 km distance between Jammu and Srinagar, and vice versa.

The general administration department in its affidavit to the high court stated that about 9,695 government officials were involved in this biannual exercise in November 2019, while it stood at a figure of 10,112 in April 2019. On each move, an allowance equivalent to Rs 25,000 (an amount of Rs. 50,000 per annum) is paid to employees involved in the shift.

Also read: J&K High Court Says it Is Not the ‘Proper Forum’ to Scrutinise PSA Detentions

Additionally, a temporary move allowance of Rs 2,000 per month is also paid to each moving employee, bringing the annual expenditure to Rs 75,000 per employee. The managing director J&K SRTC informed the court that in April 2019, 152 trucks and 56 buses were provided by the government company for transportation of records. IGP (Security), J&K, in his report to the court, stated that surveillance and security for the darbar move are given from the point of loading of the records, en-route to the National Highway up-to destination by deploying Police/CAPF personnel for road opening and meticulous anti-sabotage checks to ensure proper area domination for the secure movement of the darbar move convoy.

It was also submitted that 1081 personnel from the Jammu and Kashmir armed police, J&K security, police in Kashmir and Jammu zones were engaged in providing security for the move in October 2019. Additionally, 15 companies of the Central Armed Police Force provided security to this exercise in October 2019.

Similarly, J&K’s estate’s department, which is responsible for providing accommodation to civil secretariat employees after a darbar move, in its affidavit disclosed that Rs 127 crore was spent for providing accommodation to such employees during 2018-19 and 2019-20. All this provides an insight into the enormity of this exercise and its bearing on the public exchequer.

In 1987, when the then prime minister, Rajiv Gandhi, got stuck in Kashmir due to bad weather on a visit to J&K, the headquarters and administrative seat of governance was in Jammu. As this seemed ironic and strange, the PM asked the then chief minister Farooq Abdullah to review this age-old practice keeping in mind the changing times.

Abdullah then constituted a committee with then finance commissioner Sheikh Ghulam Rasool as its chairman and Shafi Pandit and Sushma Chaudhary as its members to suggest measures to reform this practice. The committee submitted its report titled Darbar Move: The Reality which recommended certain measures to revamp this age-old practice. When its recommendations were taken up for implementation, some vested interests inflamed passions under the banner of regional discrimination, because of which the report had to be shelved.

An informal effort in this direction was also made when Omar Abdullah was chief minister but again such attempts were looked at with suspicion across the state. The stranglehold this issue has on the false prestige and psyche of the people of the two provinces has been the biggest impediment for the requisite political will to bid this practice its long-overdue farewell.

Also read: Kashmir: In Labour, Woman From ‘Red Zone’ Turned Away From 4 Hospitals

Way back in 1872, the practice of the darbar move might have seemed pragmatic and rational, keeping in view the aspirations and the governance needs of the provinces of the erstwhile state of Jammu and Kashmir. The rugged and mountainous topography further complicated by the geographical disconnect owing to lack of road and air travel facilities prevalent in those times seem to have been eased to a great extent in the present era.

It also needs to be appreciated that since the state was dismembered, its size has shrunk and it has fallen to 18th rank in terms of its area in the Indian Union and bigger states like Rajasthan and Madhya Pradesh have managed governance efficiently with a single, permanently stationed capital. With the advancement of technology, distances have dwindled and the outdated method of ferrying truckloads of records involving large scale money and manpower appears retrograde.

The digitisation of all records has already been undertaken to a great extent and it is expected that by 2021 this exercise would be complete, thereby making the practice of ferrying records redundant. The high court has been gracious in suggesting a number of viable alternatives that could be adopted.

But for their implementation, the onus to a great extent lies on the people of Jammu and Kashmir. It won’t be too hypothetical to imagine the savings that the rationalising of the practice could bring along in terms of  money, resources and time. All these could be deployed in tacking much more pivotal issues of unemployment, healthcare and better infrastructure.

The people of J&K need to acknowledge the fact that attaching ego and emotion to issues of governance has bled us profusely over the years and the time has come be rational.

Basit Amin Makhdoomi is a lawyer at the Jammu and Kashmir high court.