The leaked database of potential Pegasus targets showed that phone numbers of several Tibetan officials, activists and clerics were marked from late 2017 to early 2019. 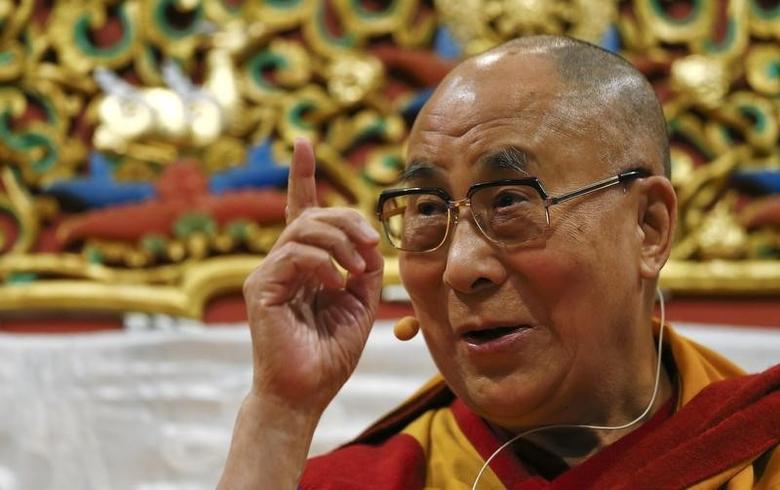 New Delhi: The closest circle of advisors around the Tibetan spiritual leader, the Dalai Lama, and staff members of other Buddhist clerics were selected as targets of potential surveillance by a client of the Israeli spyware firm NSO Group over two years, a leaked database of phone numbers reveals.

A massive trove of 50,000 numbers were accessed by French journalism non-profit Forbidden Stories and international human rights advocacy group, Amnesty International. This was then shared with 16 media houses, including The Wire, who investigated the phone numbers of the potential targets. Forensic analysis was conducted on 67 phones including in the list, out of which 37 showed traces of Pegasus spyware, the NSO Group’s flagship product.

The leaked database showed that phone numbers of several Tibetan officials, activists and clerics were marked from late 2017 to early 2019. However, the inclusion of their phone numbers may not mean that they have been infected by Pegasus, as that can only be confirmed through forensic analysis of the device.

The NSO Group has stated that the database is “not a list of Pegasus targets or potential targets” and asserted that it was “not related to NSO Group in any way”.

The records do not name the clients of NSO, but the Israeli firm has stated that it sells Pegasus technology only to “vetted governments” to combat crime and terrorism.

The phone numbers indicate that the targets may have been selected by an unknown India-based client of the NSO Group. The Indian government has never acknowledged or denied that it has deployed Pegasus software, but University of Toronto’s Citizen Lab had identified India as the location for at least two NSO clients.

The exiled Tibetan community is used to taking cyber-security precautions, having faced Chinese cyber espionage over the years which was first documented in 2008. However, they may not be able to withstand the attention from Pegasus, which can enter devices stealthily, extract all information and also allow remote control of the microphone and camera.

With China terming Tibet as a ‘core interest’, it has always been a factor in India’s relations with its northern neighbour. New Delhi has usually kept a close eye on the Tibetan community, especially during period of relative thaw with China.

An analysis of the records show that Tibetan officials began to be first selected in late 2017.

The first records relate to staff of the 17th Gyalwang Karmapa, Urgyen Trinley Dorji, the third highest ranking monk in Tibetan Buddhism, who had been living outside India since early 2017. The Karmapa, who fled to India in 2000 as a teenager, has had a testy relationship with the Indian intelligence community. In March 2018, he obtained a Dominican passport, unbeknownst to India. He claimed to have applied for an Indian visa on his new passport, but he has yet to return to India.

During that period, Dalai Lama had met with former US President Barack Obama in Delhi during the latter’s foreign tour. While the two had met previously, that was their first meeting after Obama left office in January 2017.

Around that time, India was re-configuring its relationship with Beijing after the Doklam crisis, as it prepared for an important summit between Indian Prime Minister Narendra Modi and Chinese President Xi Jinping in April 2018.

Other names in the database are of senior aides Tenzin Taklha and Chimmey Rigzen. The head of the trust that will oversee the delicate task of selecting the next Dalai Lama, Samdhong Rinpoche, was also inserted in the list in mid-2018.

The records also showed the phone numbers of the head of the then Tibetan government in exile, Lobsang Sangay, and several other Tibetan activists in India.

It is learnt that the Tibetan spiritual leader does not carry a personal phone.

The Pegasus Project members had last week sent a detailed questionnaire to the Indian government with specific names, including that of Tibetan officials. The Indian government responded that the “allegations regarding government surveillance on specific people has no concrete basis or truth associated with it whatsoever”.

India’s information technology minister Ashwini Vaishnaw claimed in the Indian parliament that the Pegasus Project’s claims about Indian surveillance were an “attempt to malign Indian democracy”. “The presence of a number on the list does not amount to snooping … there is no factual basis to suggest that use of the data somehow amounts to surveillance,” he said.

With the Dalai Lama’s rising age, the questions of his successor has become an important issue, with China publicly stating that it will vet the next top Tibetan spiritual leader.

China has started to court influential Buddhist teachers and clerics, including in India, who could provide the cover of credibility for Beijing’s selections.

“India wants to make sure that Tibetans don’t strike a deal with the Chinese that involves the Dalai Lama going back to Tibet,” a former official with the Tibetan administration told a Pegasus Project media partner on the condition of anonymity.

With Tibet adjoining India’s long Himalayan frontier with China, it has always played a strategic role in relations between the two Asian giants.

In 1959, the 14th Dalai Lama fled from Lhasa to India, where Prime Minister Jawaharlal Nehru provided him refuge and the Indian town of Dharamshala to set up his seat. The mountainous Indian town has also become the headquarters of the Central Tibetan Administration, which is seen as a government-in-exile by the large Tibetan diaspora in India and abroad.

Over the years, experts have also contended that China’s fear over alleged Indian designs in Tibet was a key factor to the only war between the two neighbours in 1962, when Chinese armies invaded northeastern India.

India officials continues to support the one-China policy, but a key phrase related to Tibet was dropped from New Delhi’s official discourse over a decade ago.

When Prime Minister Atal Behari Vajpayee visited Beijing in June 2003, the joint statement reiterated that India “recognises that the Tibet Autonomous Region is part of the territory of the People’s Republic of China”. During the next visit to China by an Indian prime minister six years later in 2008, the bilateral document had dropped this sentence.

The Dalai Lama was also allowed to visit Tawang in Arunachal Pradesh in 2009 after a gap of six years.

At the 2014 swearing-in ceremony of Narendra Modi as prime minister, then head of the Central Tibetan Administration, Lobsang Sangay, was one of the guests at the Rashtrapati Bhawan.

In 2015, the Indian government again played the Tibet card when it granted visas to several Chinese exiled dissidents to hold a conference on minorities in China in Dharamshala. Several visas were cancelled and the meeting turned into a closed one after China publicly protested.

In December 2016, the Tibetan spiritual leader was invited to an event at Rashtrapati Bhawan with then Indian President Pranab Mukherjee. A year later, the Dalai Lama again visited Tawang.

After the 2017 Doklam stand-off with China, there seemed to be a change in New Delhi’s position, ahead of the first informal summit in Wuhan. CAT’s plan for a high-profile launch for a series of functions to mark the 60th anniversary of Dalai Lama’s escape to India had to be downsized when the Indian government issued a notice to leaders and officials to avoid participation.

It was another stand-off with China which seems to be dictating another change of heart. In August 2020, the Indian government made it clear that members of the secretive Special Frontier Force, comprising of Tibetan refugees, had been part of the effort to capture the heights in Pangong Tso lake in August 2020. There were also unprecedented media coverage of a funeral of an SFF personnel who was killed in action.

Even as the Eastern Ladakh stand-off continues, Modi extended birthday greetings to the Dalai Lama this month for the first time since he took office.

Devirupa Mitra is the foreign affairs’ editor at The Wire and Michael Safi is an international correspondent for The Guardian.