The state government sought the relaxation of disaster assistance norms. 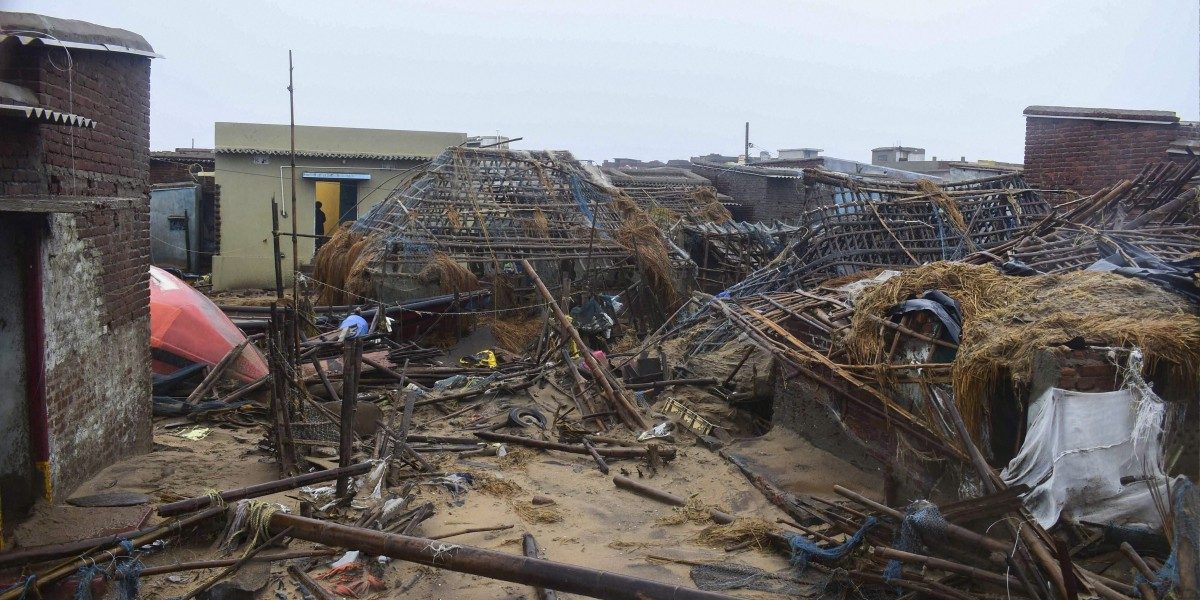 Destruction in the aftermath of cyclone Fani. Credit: PTI

Bhubaneshwar: The Odisha government on Wednesday, sought relaxation in disaster assistance norms, estimating a tentative loss of Rs 12,000 crore due to cyclone Fani which killed at least 64 people and damaged over 5 lakh households in the state’s coastal districts.

The state government, which has launched a massive restoration work in the cyclone-ravaged areas, stated in a preliminary report to a visiting inter-ministerial team, that an initial assessment has put the overall loss at approximately Rs 12,000 crore. While the loss to public properties was around Rs 5,175 crore, expenditure towards relief and response stands at Rs 6,767.56 crore, the report said.

“We have submitted a tentative loss figure to the central team. This amount may increase as the officials will undertake door-to-door survey to assess the actual loss caused by the cyclone. The government will prepare a full report on the loss after the completion of the detailed survey,” special relief commissioner (SRC) B.P. Sethi said.

The preliminary report estimated the highest loss in the power sector at Rs 1,160 crore, while the loss in the Panchayati Raj and the drinking water department stands at Rs 587 crore.

“The loss shown in the preliminary report is purely tentative. It will go up as we get a detailed report,” chief secretary A.P. Padhi said after a meeting with the central team, which wrapped up its three-day visit to the cyclone-hit areas.

Padhi added that while the NDRF and SDRF norms include assistance for loss due to the damage of 220 KV, 132 KV, 33 KV, 11 KV and low tension power supply, there was no provision for losses in the high tension (HT) power supply.

As many as 75 towers have been uprooted by the high velocity winds in Puri district alone and a huge investment is required to make them operational.

An 11-member central team visited some of the worst-affected areas in Puri, Khurda and Cuttack districts, besides the Bhubaneswar Municipal Corporation (BMC) region, during its visit.

Vivek Bharadwaj, Additional Secretary in the Union Home Ministry, who is heading the team, said: “There has been massive destruction to houses, hotels and livelihood means of the affected people.” Noting that the central government has been assisting the cyclone-ravaged state and will continue to do so in restoration and rehabilitation works, Bharadwaj said there is a need to further strengthen the MGNREGA scheme in order to provide livelihood means to the affected people.
He said there has been a substantial loss to betel vines and coconut plantations.

“Keeping in view the gravity of the devastation, the Odisha government’s action in providing relief and other assistance to the affected people is praiseworthy,” Bharadwaj said, adding that people have been provided with relief immediately after the cyclone.

“The people have been given rice, cash and tarpaulin sheets,” he said.