Alok Verma reported the details of the meeting to Justice A.K. Patnaik, the Supreme Court-appointed monitor of the CVC's probe into Asthana's allegations against the CBI chief. 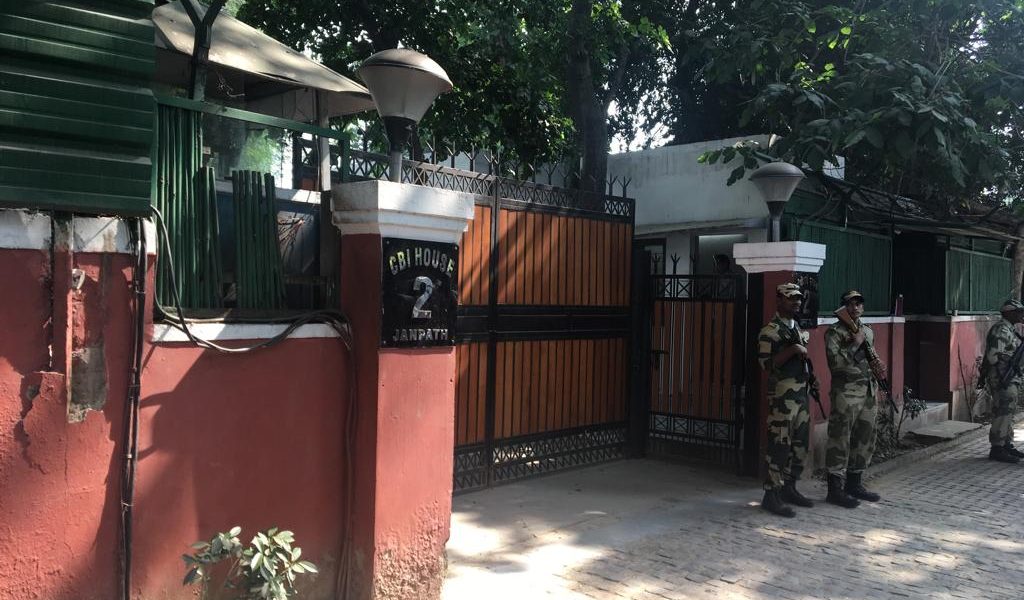 The official residence of the former CBI director, Alok Verma. The CVC, K.V. Chowdary visited him here to intercede on behalf of Rakesh Asthana.

Sources close to Justice A.K. Patnaik – the retired judge tasked with supervising the CVC’s probe against Verma – told The Wire that Chowdary went to Verma’s residence on Janpath and made this unusual request assuring him that “everything will be ok” for the former director if he does that.

Details of this meeting were provided in writing by Verma to Justice Patnaik.

Chowdary’s request to Verma came when the fight between the two officers had broken out in the CBI and when Verma had to take a call on making top PMO bureaucrat Bhaskar Khulbe, an accused in the coal scam, something that Asthana had resisted.

Significantly, in all his submissions to the Supreme Court – which finally became the basis for the high powered committee to sack Verma as CBI director – Chowdary made no mention of his efforts to intercede on behalf of Asthana.

The omission is significant because the CVC’s negative report on Verma was based entirely on inputs from Asthana.

Justice Patnaik told the Indian Express on Saturday: “There was no evidence against Verma regarding corruption. The entire enquiry was held on (CBI Special Director Rakesh) Asthana’s complaint. I have said in my report that none of the findings in the CVC’s report are mine.”

The Wire has learned that Verma made a written submission to Justice Patnaik in which he revealed the details of this meeting. Chowdary wanted Verma to change the conclusion he had reached in Asthana’s ACR – that he was an officer of “doubtful integrity”. In general, adverse comments in an officer’s ACR are an impediment for promotion and, in the case of a sensitive post like director of the CBI, a virtually insurmountable barrier.

Reached for a comment, Justice Patnaik said whatever he had to say has already come out in the Indian Express, and that he “abides by it”.

As revealed by Justice Patnaik, the entire basis of the CVC’s report against Verma is a complaint by Asthana, against whom six inquiries were pending in the CBI.

Also read: Full Text | Kharge on Why Alok Verma Shouldn’t Have Been Removed as CBI Chief

The fact that Chowdary went and met Verma on Asthana’s behalf  raises further questions about the role of the CVC chief in the entire episode.

It is not clear who had asked the CVC to intercede on behalf of Asthana but officials in the CBI point out how the agency’s investigation into the role of top PMO officials had triggered anxieties in the highest levels of government.

Chowdary did not respond to calls and texts on the matter. This story will be updated when he chooses to respond.

His visit to Verma’s  was not the first time Chowdary had batted for Asthana. When a controversy had broken out on the controversial officer’s appointment as special director in the CBI and it had become clear that Alok Verma was going to object to his selection in writing, Chowdary pushed through Asthana’s appointment. Officials say that top PMO bureaucrat P.K. Mishra had summoned the Central Vigilance Chowdary, and directed him to ensure Asthana was appointed.

Later, in October 2018, when the CBI registered an FIR against Asthana, the CVC raised procedural objections. According to the Economic Times, Chowdary said that “prior sanction from the  “competent authority” under Section 17-A [of the Prevention of Corruption Act] should be taken if the agency were to initiate any inquiry against Asthana. Yet, no prior sanction was taken by the agency and that “Section 13 (1) (d) of the Prevention of Corruption Act under which Asthana has been booked was removed through an amendment in July.”

Also read: All You Need to Know About the CBI Tussle, Through The Wire’s Coverage

Though Justice Patnaik had clearly recorded that he did not share findings/conclusions in the CVC report against Verma, Kharge was the only member of the committee to contest the report and file a dissent note. Mdi and Sikri overruled him and decided that  the CVC report and the “extremely serious nature of observations  made by [it] against Verma,” to remove him as director.

Verma, in his resignation letter sent sent on January 11, said that the selection committee had not provided him the opportunity to explain his side of the story. “Natural justice was scuttled and the entire process was turned upside down in ensuring that the undersigned is removed from the post of Director CBI,” Verma wrote. He also pointed out how the CVC only forwarded a signed statement of Asthana and how the complainant had never come before Justice Patnaik.

The CVC himself  is seen as an officer mired in controversy. His name had surfaced in the former CBI chief Ranjit Sinha’s visitors diary scandal. Chowdary, after being appointed CVC, was also spotted in the office of Nikhil Merchant, a businessman believed to be close to the prime minister.

A PIL against his appointment was filed in the Supreme Court by the NGO Common Cause, which questioned his fitness for the anti-corruption job given his earlier reluctance, as a top income-tax official, to investigate the contents of incriminating documents recovered by his department from the corporate offices of the Birla and Sahara group. Those documents spoke of payments to various individuals or entities, including ‘Guj CM’.

You can read The Wire‘s complete coverage of the CBI conflict here.