COVID-19: Many States Declare Journalists 'Frontline Workers', to Vaccinate Them on Priority

West Bengal, Bihar, Madhya Pradesh, Odisha, Punjab and Uttarakhand have made promises of vaccination for journalists. 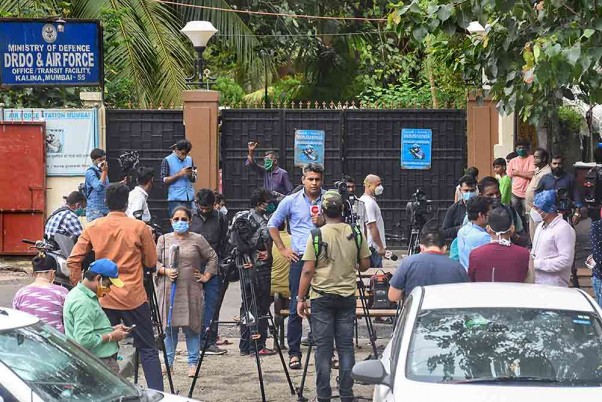 New Delhi: Amid a rising number of coronavirus cases in the country, chief ministers of various states have decided to give journalists the status of ‘frontline workers’ and accord them priority in the vaccination programme.

According to the Geneva-based media rights body, Press Emblem Campaign (PEC), India is among the top three countries in the world when it comes to deaths of journalists due to COVID-19.

As on May 2, as many as 131 journalists had succumbed to COVID-19 in the country, PEC noted. India is only behind Brazil (with 183 deaths among journalists) and Peru (with 140).

States that have declared journalists as ‘frontline workers’

A day after the Trinamool Congress was re-elected, party chief Mamata Banerjee on Monday (May 3) declared all journalists in West Bengal COVID-19 warriors, news reports said.

On the same day, Madhya Pradesh chief minister Shivraj Singh Chouhan also declared media professionals accredited with the state government as ‘frontline workers’. He said journalists were risking their lives while doing their duty during this “dangerous period of COVID-19 pandemic” and they will be taken care of by the government.

Around 4,000 journalists are currently accredited with the state government, according to a public relations department official.

The official further said the state government was yet to decide on other modalities regarding this announcement.

Punjab’s Captain Amarinder Singh on Monday also joined the list of chief ministers who declared journalists as ‘frontline warriors’, the Times of India reported. The chief minister also decided to provide protection to power corporation employees, who are risking their lives to provide power services to hospitals and other institutions.

A day ago, Bihar chief minister Nitish Kumar announced journalists will be given the COVID-19 vaccine on priority in the state, PTI reported.

“All the journalists accredited with the information and public relations department at the state level and also non-accredited scribes authenticated by the district public relation officers, from print, electronic and web media, will be considered as frontline workers for inoculation,” an official statement issued by the state government said.

Odisha chief minister Naveen Patnaik also on Sunday declared journalists of the state as frontline COVID-19 warriors and announced an ex-gratia of Rs 15 lakh to the next of kin of a journalist who succumb to COVID-19 infection.

“As many as 6,944 working journalists of the state have been covered under the Gopabandhu Sambadika Swasthya Bima Yojana. They are getting health insurance cover of Rs 2 lakh each,” a statement from the chief minister’s office said.

As many as 11 mediapersons have died of the infection in Odisha since the beginning of the pandemic, PTI reported, citing sources.

On April 14, Delhi chief minister Arvind Kejriwal had tweeted saying that the Delhi government would urge the Centre to treat journalists as ‘frontline workers’ and vaccinate them on priority.

Journalists are reporting from most adverse situations. They shud be treated as frontline workers and shud be allowed vaccination on priority. Delhi govt is writing to centre in this regard

On April 3, the Uttarakhand government had declared journalists as ‘frontline workers’ and announced COVID-19 vaccination for all of them without any age restriction, news reports said.

Also read: Questions About Modi Govt’s Handling of the COVID Surge That We Don’t Have Answers To

According to the World Press Freedom Index 2021 published by Reporters Without Borders, India has ranked 142 among 180 countries – worse than its neighbours Pakistan (145) and Bangladesh (152). It has been listed as the most dangerous places in the world for journalists.