COVID-19: Here's How Many Prisoners Will Be Temporarily Released From Jail, By State

Various state governments have begun releasing inmates – convicts and under-trials – either on parole or on bail. By the coming week, the country will see the number touch thousands. 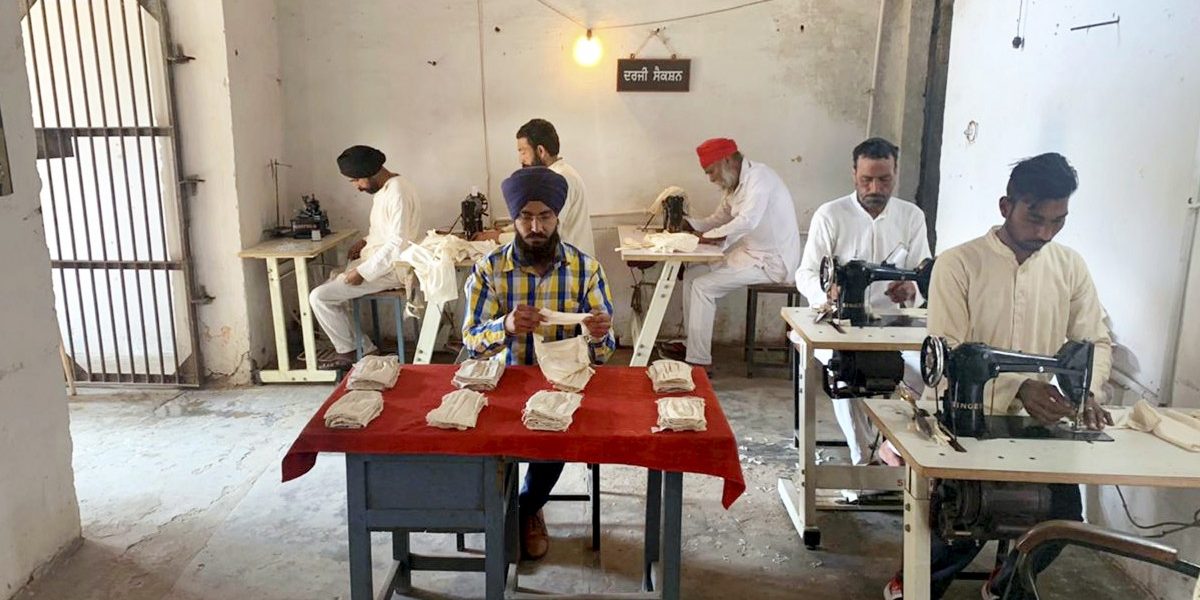 New Delhi: Adhering to the Supreme Court’s March 23 directive to the states to consider releasing some prisoners to decongest jails and curb the possible spread of COVID-19 in them, various state governments have begun releasing inmates – convicts and under-trials – either on parole or on bail. By the coming week, the country will likely see the number touch thousands.

The apex court had taken suo moto cognisance of the matter as the country’s jails are highly overcrowded, thus making social distancing a challenge for the inmates.

India has over 4.5 lakh inmates in jails, about 17.6% more than their capacity, as per the 2018 statistics of the National Crime Records Bureau (NCRB). Countries like Iran, which are hugely affected by coronavirus, have already released a large number of prisoners from jails.

Uttar Pradesh is also one of the worst states when it comes to overcrowding of jails. As per the 2018 Prison Statistics Report of the NCRB, while the state’s jails have the capacity to keep 58,914 inmates, it housed 1,04011.

As per a state government statement issued on March 28, 11,000 prisoners lodged in 71 jails across Uttar Pradesh would be released. The statement said as per the Supreme Court directive to the states, a high level committee was formed under the chairmanship of Justice Pankaj Kumar Jaiswal which “directed that under-trials lodged in 71 jails of the state in crimes, whose maximum punishment is of 7 years, be given 8-week interim bail on a personal bond, and immediately freed from the jail.”

“Convicts who have been punished for 7 years or less, should be released on 8-week parole on a personal bond, and immediately freed from the jails,” it added. About 2,500 of those to be released are convicts.

Six jails in Uttar Pradesh also have 234 political prisoners from Jammu and Kashmir who were apprehended following the reading down of Article 370 in August 2019. Though their family members have appealed to the government to release them on humanitarian grounds, keeping the COVID-19 pandemic in mind, the government has not responded yet.

Maharashtra, which has reported one of the highest number of cases of COVID-19, has already announced that efforts are on to release 11,000 under-trials from 60 prisons across the state. The state’s prisons have the capacity to contain 24,032 prisoners. However, currently, they house 36,195 persons.

As per instructions given by the apex court to the states, a high-powered committee has been set up by the Maharashtra government to deal with the issue in consultation with the State Legal Services Authority. News reports from the state have said preparations have already been to release 80 prisoners for a period of 45 days from the Yerawada Central Prison in Pune this past March 27.

The Yerawada prison, one of India’s largest jails, can accommodate 2,449 prisoners but it has reportedly 6,000 of them at the moment. According to a Pune Mirror report, 500 inmates would be released from the Yerawada jail in order to lessen the challenge of maintaining social distancing among the inmates.

Chetan Bhagwat, secretary of the district legal aid services authority (DLSA), told the newspaper, “They are all booked for offences that draw prison term of seven years or less. This direction from the high-powered committee is not applicable to under-trials who are charged with serious economic offences, bank scams and offences that come under special Acts such as MCOCA, MPID, NDPS and UAPA.”

“There is a worry about how these people will reach their homes. But we will follow the instructions of the court,” said U.T. Pawar, the superintendent of Yerawada Central Jail.

Earlier, in an affidavit submitted to the Supreme Court in the case, the state government had suggested releasing 5,000 inmates stating that it would help decongest the jails “between 15 per cent to 20 per cent.” However, the present number of inmates to be released after the court orders has more than doubled.

Madhya Pradesh, yet another state with a bad record on jail capacity versus number of inmates, has also announced that it will release 12,000 prisoners as per the Supreme Court order. Sources in Bhopal told the Times of India on March 28, “As many 5,000 inmates could walk out by Monday and the rest, within a week. Also those who were being considered for release on August 15, may get an early walk to freedom.”

State director general of jails Sanjay Chaudhary told the newspaper, “Under emergency parole rules, the government will provide 60-day maximum parole to eligible convicts. MP jails have about 45,000 people against the capacity of 29,000.”

The Tihar Jail, one of the country’s largest jails, released 419 prisoners on March 28 following the Supreme Court directive. News reports said while the 356 inmates were released on a 45-day interim bail, the rest of the 63 were released on eight-week emergency parole. Soon after the apex court orders, the jail authorities had announced that it would release 3,000 inmates. While the jail’s capacity is for 10,000 inmates, it has over 18,000 persons currently.

Also read: Wanted: A One-Stop Source for All COVID-19 Case Data in India

Punjab too has decided to release around 6,000 prisoners from jails to decongest the state’s prisons. On March 27, jails minister Sukhjinder Singh Randhawa told mediapersons in Chandigarh that while the convicts would be released on parole for six weeks, the under-trials would also be sent out of jails for the same period of time under bail.

While the 24 jails across Punjab have the capacity to accommodate 23,488 prisoners, it presently has 24,000 of them.

Kerala, one of the worst-hit states by COVID-19, has, however, made use of the prisoners to roll out face masks and sanitisers. Reports coming from the southern state said till March 29, as many as 6,000 masks were made by prisoners housed in Viyyur, Thiruananthapuram and Kannur central jails.

Kerala too has formed a high level committee to grant parole and bail to eligible convicts and under-trials shortly. The state has so far not announced any particular number of inmates to be released from the prisons.

The Haryana government has also set up a high level committee to release on parole the convicts who have been sentenced up to seven years and under-trials on bail. A statement issued in Chandigarh by jail minister Ranjit Singh Chautala said priority would be given to inmates over 65 years of age “and are not involved in more than one cases but are not convicted for cases of rape, (under) POSCO Act, NDPS Act or for acid attacks”. It has not yet announced any number of inmates to be released from prisons.

Due to the COVID-19 fear, the Tamil Nadu government has released 1,180 inmates from nine central prisons and has reportedly asked them to appear before their respective courts on April 9. Of those released include 58 prisoners from the Madurai Central Prison and 202 from the Coimbatore Central Prison.

However, a PIL filed at the Madras high court on March 24 by the Prisoners Reform Intervention Support Mission has sought a directive to the state to not only further decongest the jails but also issue other guidelines like setting up isolation wards, allow conduct prison adalats, and special health check-ups of the inmates.

As per latest reports from Dehradun, the Uttarakhand government will release 855 prisoners on parole from the 11 jails of the state. State cabinet minister and government spokesperson Madan Kaushik told reporters that they would be released for “six months”.

Assam has released 41 prisoners from the Tezpur jail on March 28. Mrinmoy Dawka told reporters that 23 of the 41 inmates, “would be kept in isolation under the supervision of health department and the Tezpur Police.”

In the Guwahati Jail though, reports said while three medical officials including a doctor have been deployed by the state health officials besides the usual medical staff of the prison, no inmates have been released yet. The jail, which has a capacity for 1,000 inmates, currently has 1,200 prisoners including well-known peasant leader Akhil Gogoi.

A civil society group from the state has meanwhile appealed to the Supreme Court to issue an order to the state government to release the ‘declared foreigners’ lodged in six jail-cum-detention-centres of the state.

According to latest reports from Bhubaneswar, the Odisha government has finalised the names of 1,727 jail inmates out of whom 80 have been released on March 28.  The state has 90 jails with a total capacity to accommodate 18,012 inmates. A news report by The Hindu said, “The authorities are trying to bring down the number by 2,000.”

The Gujarat government too told media persons that it would release around 1,200 prisoners for a period of two months, keeping in mind the coronavirus outbreak.

Latest news reports have also said that efforts are on by Chhattisgarh and West Bengal governments too to release some prisoners to decongest the jails. On March 21, the fear of catching coronavirus among the inmates had led to a riot situation inside the Dum Dum jail on the northern fringes of Kolkata, leading the prisoners to demand their release on bail.