No Studies to Link COVID-19 to Pollen But Kashmir Government Wants 42,000 Poplars Axed

The order, which is already being followed through, will wreak havoc with local livelihoods and green cover in the Valley. 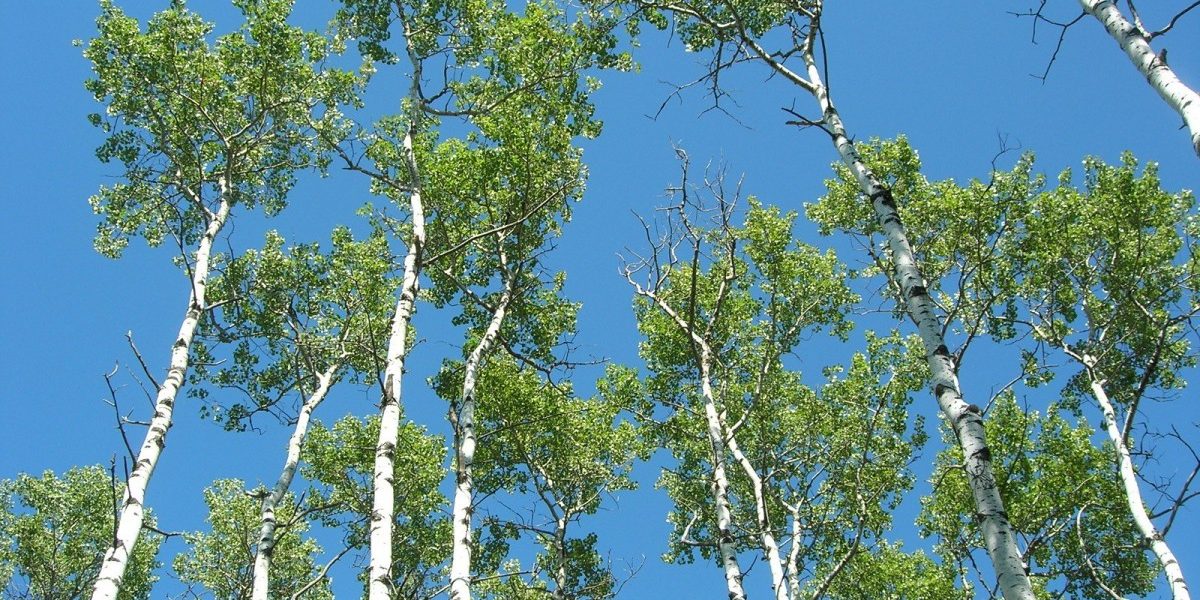 Srinagar (Kashmir): With the surge in the number of COVID-19 cases in Kashmir and the resulting fear psychosis in the general population, the government of the Union territory is forcing growers of a common poplar tree species known locally as “Russi” to cut them to prevent allergies in the spring season.

“A meeting held under the chairmanship of Pandurang K. Pole, IAS, Divisional Commissioner Kashmir on April 2, 2020 to discuss the pollen-related infections in the wake of already spread of COVID-19 (sic) to work out the strategy and measures to get rid of this menace before the onset of flowering season Female Russian Poplar trees… 42,000 trees need to be felled down in order to get rid of the menace of the pollen bearing by this specie”, the government order dated April 2, 2020 says.

The reference to COVID-19, the disease caused by the novel coronavirus, has left medical experts bewildered as there is no evidence from anywhere in the world that pollen can transmit the virus.

The government’s order threatens to upend the livelihood of thousands of people dependent on these trees and experts warn that any mass felling will dwindle the Valley’s green cover and have a devastating effect on the environment.

The female trees of the species shed a cotton-like substance which is mistakenly perceived as an allergen.

The UT government order last week for compulsory felling or pruning of female trees has farmers and people associated with the trade worried. The drive has already started in different areas of the valley.

Also Read: Coronavirus and India: FAQ of What We Know So Far

The particular species, also known as ‘North American Cotton Tree’ (NACT), is known to grow faster than other original varieties in the valley, so is popular with the local growers. These poplar trees were introduced in Kashmir in 1982 from the US under a World Bank-aided social forestry scheme to boost the local economy, meet the need for wood and aid in afforestation. The tree has become a part of Kashmir’s landscape since then.

Wakeel Ahmad, a trader and grower belonging to Pulwama district said, “Like apples in other areas, these poplars are the main source of livelihood in our area. Almost all people living on the banks of the river Jhelum are dependent on these.”

Locals in the area said that there are lakhs of such trees in the area and it is not proper to expect owners to chop them all at once without any other source of livelihood.

The local apple box manufacturing units, mostly in Anantnag and Kulgam districts are heavily dependent on these trees. The proposed mass tree felling will lead to an excess of supply and will lower prices for the final product in the coming harvesting season. In the future, there would be a shortage of the trees, which will have an effect on the fruit growers as well.

According to scientists, there are around 15 million NACTs in Kashmir, providing livelihood to thousands of economically backward families. The tree is also a major source of construction wood in the Valley.

In a 2015 order, the Jammu and Kashmir high court had noted,

“It is a common knowledge that pollen seed of poplars is adversely affecting health of general public, mostly of elderly people and children. The pollen seed of these trees has given rise to chest diseases in Kashmir, which can become life threatening for them”.

The court further observed that, “health of general public is of paramount importance than interest of individuals who plant poplar trees”. However, there has been no scientific study that shows the cotton-like substance from these trees causes allergies. Its pollen does, as does the pollen from other trees, but then why single out just this species, question experts.

Sajad Ahmad Gango, HOD, Forest Production and Utilisation at Sher-e-Kashmir Agriculture University of Science and Technology (SKAUST) said, “Not only this poplar but all trees and plants produce pollen which are not visible and that cause some allergies but the cotton produced by this NACT is visible and everyone blames it for allergies without any solid scientific reasons.”

“We tried every possible way to inform the people, government and law enforcing agencies, but to no avail,” he added.

Studies conducted by Dr Naveed Nazir Shah, a noted pulmonologist from Kashmir, showed that 92% of people are allergic to house dust, 73% to lawn grass, 65% to pine tree pollen, 59.3% to Chinar tree pollen and just 18.2% to poplar tree pollen.

The high court had passed its earlier mentioned order after apparently consulting doctors of different medical institutions in the valley but not the forestry department of SKAUST, nor did it ask any other relevant experts for recommendations on whether the pollen from this poplar is the cause of allergies or not.

After the order, the SKUAST held many seminars and workshops to highlight the fact that this tree is being blamed without any scientific research or study, but the court’s view prompted large-scale felling even then. Some growers started to chop their trees, fetching them minimal amount due to the excess supply.

Professor Fozia Qazi, who teaches mathematics at Islamic University of Science and Technology, Awantipora said that the poplars contribute one-third of the green cover of Kashmir. “It is an injustice to chop such a huge number of trees without considering the environmental degradation, and those dependent on this for livelihood,” she said.

Instead of chopping poplar trees, SKAUST has recommended deep pruning before the pollen season to avoid the cotton nuisance.

Parvaiz Ahmed Sofi, an associate professor at the Faculty of Forestry, SKAUST said that this species grows very fast and can be cut within 10-12 years for use.

Also Read: COVID-19 Pandemic: Should You Believe What the Models Say About India?

“There are five times more such poplars in Punjab and Haryana but there has been no outcry there,” he said, adding that government is hiding its failure of not setting up wood based industries while blaming this tree for wrong reason. He further noted that after fruit industry, poplar is the main contributor to Kashmir economy.

“It is also a main component in ecological balance, containing soil erosion, and floods. If they are to be chopped at once there would be a catastrophe” he said.

However, Dr Suhail Naik of the Doctors Association Kashmir defends the government order, arguing that if the felling or pruning of the trees is not carried out, the cotton-like substance that these trees shed has the potential to create panic when the COVID-19 cases are going up.

“Pollen from these trees causes cough, fever or nasal congestion, so the government has to take corrective measures”, adding that because of their abundance near human settlements, the trees are a major human respiratory allergen.

To contain the cotton menace produced by this poplar, the SKAUST scientists have identified male clones of this poplar and have brought some clones from outside which don’t produce cotton.

“After identification and mass multiplication, we have distributed them among growers and the forest department,” Sofi said. He added that it will take time for complete removal of the female poplars from the Kashmir landscape, and the government should give some years to farmers for adoption of other substitutes.