The government has chosen to alienate chief ministers of various states, as well as civil society, during a health, humanitarian and economic crisis. 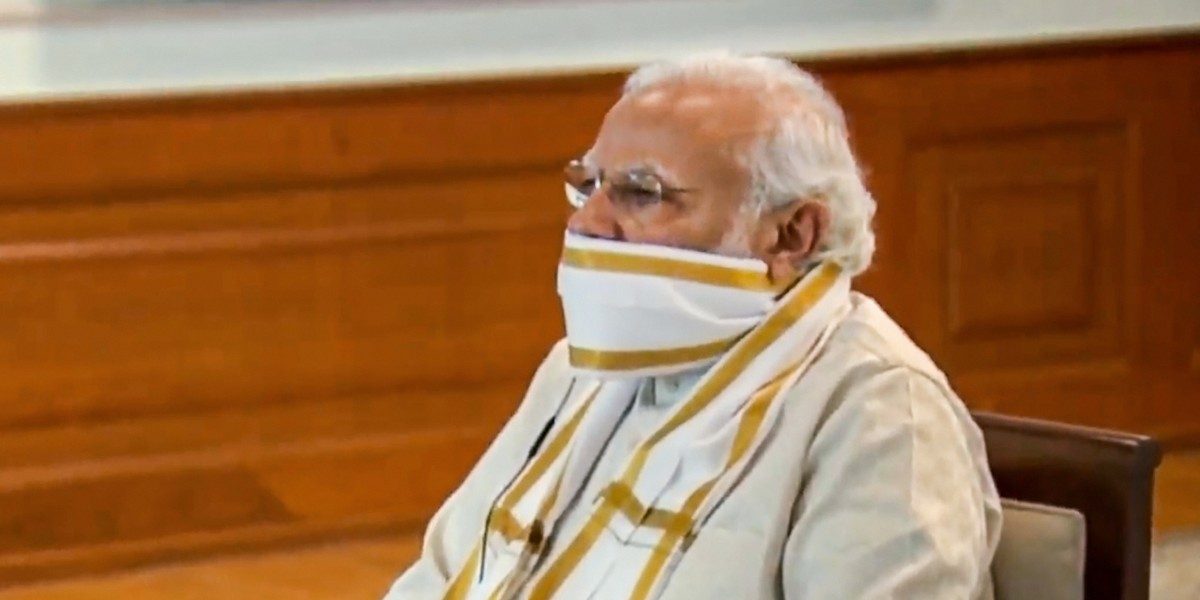 India is now in Lockdown 4.0. The government has given details of the measures it proposes to take to address the pain of the Indian economy. The details are a little fuzzy but the fog is lifting – or so the government promises. Like the rest of the package, the government will perhaps also reveal in instalments the answer to another important question – what is being done with the donations received in the PM-CARES Fund? A press statement has been issued about Rs 3,100 crore being allocated from PM-CARES. But little else is known.

At the time of its creation, much ado was made about the need for PM-CARES when India already has the PM National Relief Fund (“PM-NRF”). Part of this debate was fuelled by certain misconceptions regarding the PM-NRF. Both funds were set up pursuant to an appeal by the (then sitting) prime minister(s). Neither fund has a trust deed (at least one that is publicly available) but was given a “deemed” trust status by government departments.

The similarities do not end here. The PM-NRF fund is audited by an external auditor, and not the CAG. The PM-CARES is also proposed to be audited by an external auditor to be appointed by the trustees. Both funds have received exemptions under Section 80G of the Income Tax Act and from the applicability of the Foreign Contribution Regulation Act (FCRA), thereby allowing both to raise funds from any source, anywhere in the world.

Most criticism of PM CARES has centred around the lack of transparency of this fund. The details of the donors and the utilisation of funds is missing from the website. Even the PM-NRF does not disclose these details (since at least about 2009). When details were sought regarding donors of PM-NRF under the Right to Information Act, the Prime Minister’s Office refused, leading to a writ petition (which is still pending in the Delhi high court). Unfortunately, the question whether the PM-NRF is a “public authority” or not (for the purposes of the RTI Act) has not yet been resolved.

In principle, a fund that is administered by the prime minister (through the PMO and its officers) along with the ministers of defence, finance and home assumes a public character. Since the funds of both PM-NRF and PM-CARES are intended to be used for public benefit, there is a good case to argue that the same should be considered to be a public authority as the prime minister (along with other trustees) are all discharging a public role. Further, the manner of organisation of these funds is such that they satisfy the test of “control” required by the RTI Act.

The applicability of the RTI Act is only the first and most basic means of creating transparency for the PM-CARES. However, the PMO has recently refused to divulge any information relating to PM-CARES under the RTI Act, in violation of the spirit and letter of the law. Those tasked with the administration of PM-CARES are perhaps exploiting the legal uncertainty around the status of PM NRF as a public authority.

As far back as 2002, in the context of the Kutch earthquake, the Gujarat high court had issued certain directions in Bipinchandra J. Divan v. State of Gujarat, in respect of government created funds for dealing with disasters.

In this judgment, the high court recognised that irregularities found in the operation of any fund administered by the government in an audit may not be sufficient. The court gave directions to constitute district judges (who were heading Legal Services Authority) as ombudsmen for receiving complaints and grievances of the victims, and after necessary investigation with the assistance of Legal Services Authorities and NGOs, bring them to the notice of the government officials and agencies in charge of relief and rehabilitation programmes. Further, the court had also given a direction for periodic (and not merely annual) audit by the nominee of the CAG and further that such audited accounts would be open to inspection by the public.

Apart from the audit controls, the provisions of the Indian Penal Code and anti-corruption laws can be applied in case it is found that public servants have misused funds.

Apart from lack of transparency, the hostile treatment of state Chief Ministers Funds and civil society, particularly in a crisis, appears to defy logic. The current government at the Centre has often been criticised for not fostering cooperative federalism in the country. In fact, the highly-centralised approach of dealing with the pandemic has often resulted in friction between state and Central governments and consequent confusion. This centralised approach became further apparent when the Ministry of Corporate Affairs issued FAQs relating to utilisation of funds for corporate social responsibility on April 10, 2020.

In its April 10 FAQs, the MCA clarified that while it will consider funding to PM-CARES and State Disaster Relief Funds as eligible CSR spending, the contributions to state chief minister’s relief funds would not be eligible for such treatment. The approach of the MCA, in our opinion, is arbitrary. The Seventh Schedule to the Companies Act, 2013, which categorises various heads of qualifying CSR spending, specifically mentions contributions to various funds under entries 1, 8 and 9.

The FAQs clarify that PM-CARES is eligible under Entry 8 of the Schedule, which covers the PM-NRF and other funds set up the Central government. PM-CARES, not being a fund set up by the government, may not have qualified under 8, but for a liberal interpretation given to the entry to include funds set up by the prime minister.

Similarly, state disaster funds set up under the Disaster Management Act have been included under Entry 12 which reads “disaster management, including relief, rehabilitation and reconstruction activities”. Entry 12 does not specifically mention funds, but a liberal interpretation facilitates contribution to state disaster relief funds under Disaster Management Act. But, for that interpretation to stop at merely funds set up under Disaster Management Act, 2005 is inexplicable, particularly in light of the circular dated 23 March 2020 where the MCA itself had suggested that the entries in Schedule VII of the Companies Act, 2013 are broad-based and must be interpreted liberally.

A liberal interpretation would include the state chief ministers funds for relief work and not only disaster relief funds under the Disaster Management Act. The Central government also has the power to amend the schedule under Section 467 of the Companies Act, 2013. With states’ revenues taking a beating for several years and GST collections dipping, allowing corporates to contribute to particular CM-Relief Funds would have alleviated the worries of several large states.

It is an open secret that the NDA-government has had a difficult relationship with NGOs and civil society. Many reputable NGOs have lost their FCRA licenses over minor infractions. Now, the Central government has called on NGOs with FCRA registration to report on the activities undertaken by them in relation to COVID-19. This letter is confusing because it is not clear how those NGOs whose objects are not healthcare or disaster management are supposed to undertake these activities? Further, is this letter binding? If so, what are the repercussions?

While the government wishes that civil society support its fight against COVID-19, the terms of such cooperation and support are unclear. In light of the myriad and unforeseen problems that are arising on account of the COVID-19 pandemic, the need of the hour was for the government to exempt all NGOs engaged (from a prior date), at least, in the fields of healthcare, sanitation, migrant labour, unorganised labour sector, and disaster management under Section 50 of the FCRA from its applicability.

Needless to say, such exemption could have been for a definite period of time, accompanied by special audits to ensure that all donations received by such NGOs are kosher but it would have allowed NGOs with a proven track-record in their area of work, to tap into foreign funds from different categories of donors. The government needs to trust the social sector, much like it trusts the private businesses open to foreign investment, for the social sector to live up to the expectations of the government.

In conclusion, the government of India has to overcome a lot more than the pandemic. Unfortunately, by acting harshly it has chosen to alienate chief ministers of various states, as well as civil society, during a health, humanitarian and economic crisis. It must open PM-CARES up to public scrutiny, learn to trust and cooperate with various state governments in their fundraising efforts, and allow and support civil society to act freely and do the best of their efforts.

Mani Gupta is Partner, Sarthak Advocates & Solicitors in Delhi. Vedant Kumar is a lawyer practicing before various courts in Delhi.