COVID-19 and a Valuable Lesson from Grassroots India, Ignored

If policy makers trusted local authorities, they would have better guidance on how to tackle the crisis. Their fixation with top-down control lets them down. 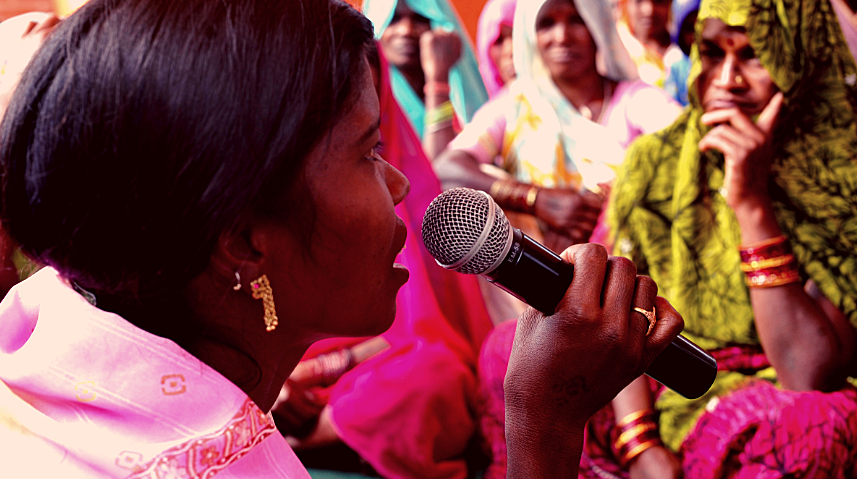 A remarkable Indian achievement offers important lessons for governments throughout the world that are struggling with the COVID-19 coronavirus.  Those who could learn from it include the British and possibly even the government of India.

The credit for this achievement goes to the humblest of official institutions – gram panchayats.

They are scorned and disregarded in many countries by politicians and bureaucrats at higher levels. But if you ask civil servants overseeing the health sector in Indian districts what they think of panchayati raj, they often respond with enthusiasm.

Why? In states with reasonably strong village panchayats, these officials have seen that elected local councillors are better able than doctors and nurses to explain to poor villagers – who are their neighbours, people just like them – why they should make use of local clinics.

This is especially true of ante- and post-natal care. Local councillors can ease villagers’ fears of health professionals who brandish needles and wear strange white coats. They can achieve that because, unlike middle class doctors and nurses, they can communicate in terms that villagers understand.

Female members of panchayats are especially important because in the health sector, women tend to be the main links between service providers and families.

Thanks to local councillors, the uptake on programmes for children and expectant mothers – and on other types of care – has greatly increased. This reduces illnesses and saves lives. That is why district health supervisors like panchayats. It improves the performance of the services that they oversee and wins them appreciation from higher ups.

This writer has seen similar gains in Cambodia and Uganda where elected local councillors also reinforce the work of health professionals.

Today, amid the pandemic, this lesson needs to be understood by senior leaders even in industrialised countries. Consider the example of Britain. Ironically, it was the imperial power that first introduced elected councils at lower levels in India well before Independence. But the current British government has unwisely centralised several key features of its effort to tackle the COVID-19 crisis.

It has imposed control from on high over testing and tracing which are crucial. Tests are evaluated in a few centrally managed sites located far away from the localities where samples must be collected. That causes long delays in getting test results back to the localities, and some are lost in transit.

The result is an avoidable disaster. Contact tracing occurs so slowly that people are needlessly exposed to the virus and many die.

To make matters worse, tracing is also centrally controlled. This is illogical because it can only occur locally.

Britain’s local councils are entirely capable of managing tracing. Indeed, their superior local knowledge makes them far better able to do this than central agencies. But the centralising mania in London wastes that opportunity.

The British government also relies on a centrally controlled IT system for collecting data on the spread of the virus. It ignores local councils, illogically because – again – they have the capacity and the local knowledge to do it more thoroughly and accurately.

Also read: In Jharkhand, a Mockery of ‘Right to Food’ as Lockdown Relief Measures Fail to Deliver

If policy makers trusted local authorities, they would have better guidance on how to tackle the crisis. Their fixation with top-down control leaves them flying half-blind.

They have also centralised control of the distribution of food vouchers both to families that have long been poor, and to those that have been newly impoverished by the lockdown that has thrown many out of work.

Local authorities could manage this more effectively, but once again the central government’s drive for control damages this important feature of their response to the pandemic.

Centralisers across Europe, Africa and Latin America could learn from the achievements of democratic decentralisation in India, but in too many cases, it never enters their heads.

We might even ask whether famously centralising leaders in New Delhi should pay attention. They are enchanted with technocracy and IT processes like Aadhaar, despite the damage that it has inflicted on huge numbers of needy people who have inaccurately been deemed ‘fakes’ by the system’s malfunctions.

India’s leaders are impatient not just with panchayats but even with state governments.  To tackle this crisis, should they perhaps think again?

James Manor is a professor in the School of Advanced Study, University of London. He is the author of numerous books including Power, Poverty and Poison: Disaster and Response in an Indian City (1993) on the 1981 hooch disaster in Bangalore.