The notion that in the fog of COVID-19, anything and everything goes, is palpably dangerous. Even during wars, there are rules of engagement. Suspending constitutional requirements during a pandemic should be resisted. 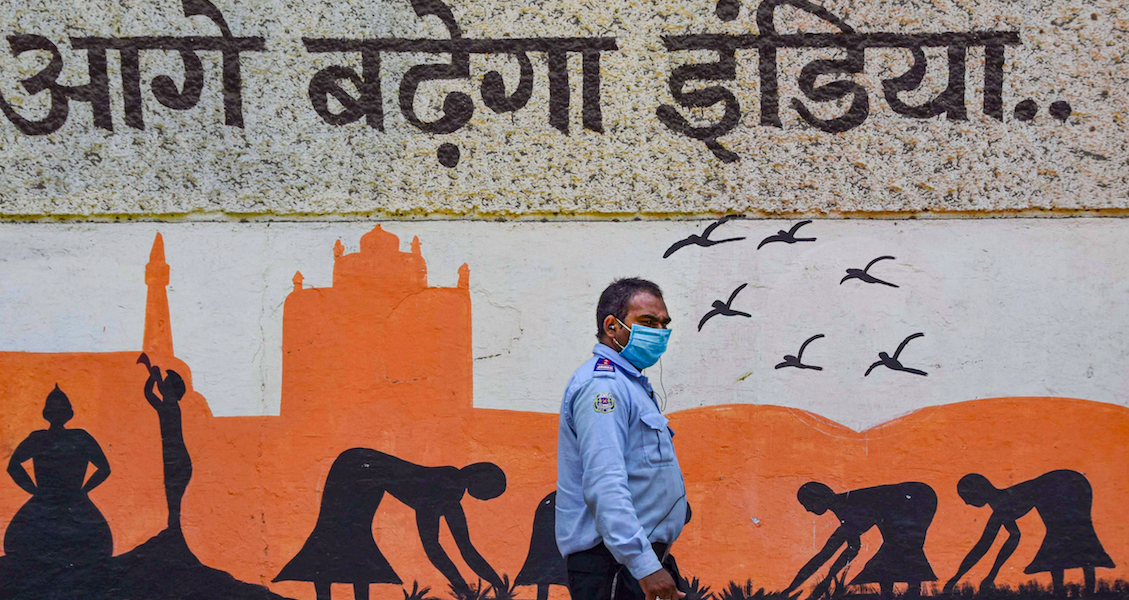 A man wearing a facemask walks past a graffiti during the nationwide lockdown in wake of the coronavirus pandemic, at Parel in Mumbai, Friday, April 17, 2020. Photo: PTI 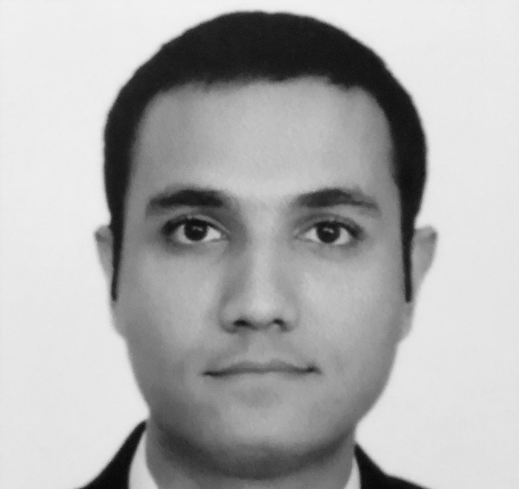 While governors of states in the United States of America push back President Donald Trump’s attempts to brazenly invade their executive jurisdiction, here in India, Prime Minister Narendra Modi’s national pronouncement of a lockdown faced little resistance from chief ministers of the 29 states.

While the US constitution grants wide powers to its states and the Indian constitution, with its centrist bias, tilts those prerogatives towards the Union, the Union’s clandestine takeover of the states’ executive powers at this time is troublesome even under our constitutional scheme for five reasons.

First, the Indian constitution places the pith and substance of lockdown powers in hands of the states. The National Disaster Management Act, 2005, was passed under the concurrent list – meaning both state and Union have legislative powers – but the mere passage under that list doesn’t imply that the states’s specific executive powers are usurped unto the Union by a mere declaration of a “disaster”. That can only be done by proclaiming an emergency under the constitution.

Second, the national lockdown could have been justified as an expression of the Union’s ancillary power if it advanced the purpose of testing, tracing and isolating, coupled with an exit strategy.  However, India’s national test average is 0.2 tests per 1,000 (compared with South Korea’s 11 per 1,000 and the US’s 9). The national lockdown itself couldn’t have advanced testing capacities as medical testing remains outside its net. Here too, the states record differences in testing capacities: Delhi leads the pack (seven tests per 1,000), and Uttar Pradesh is the laggard.

Third, that the virus’s epicentre states – Maharashtra, Tamil Nadu and Delhi – account for over 50% of total cases and 90% cases are in 10 states, whereas, in seven states, such as Goa, Chhattisgarh and Nagaland, cases are in single digits. The Union government has provided no intelligible differentia for locking down Goa as stringently as Delhi, a state 2,000-kms away with the highest per capita cases. Surely, state boundaries can be sealed to check interstate spread.

Fourth, that states such as Kerala which have made comparatively larger public healthcare investments through the decades are lumped with states such as Madhya Pradesh that haven’t made those proportionate investments, and therefore cannot deal with pandemics as well. On the principle of federalism, this not only undermines the competitive advantage of welfare states, but also makes them pay a disproportionately large economic cost. This exacerbates the skewed demographic divide of India.

Fifth, in the past four weeks, COVID-19 has taken about 400 Indian lives. During the same period – extrapolating annual records – 25,000 Indians would have succumbed to tuberculosis and about 50,000 children under five from malnourishment. It cannot be the case that we shouldn’t stop further death; but, equally, on the principle of proportionality, it cannot be our argument that one cause of death matters more to us than the other. Here again, the respective state-wise distribution shows skewed numbers.

Substance of the orders

In legal terms, there are only three ways in which the executive authority of the Union can be extended to states.

The first is by declaration of fiscal emergencies where the Union can direct states to observe canons of fiscal propriety. The second is by a declaration of president’s rule in case of failure of constitutional machinery in the state. And lastly, by declaration of a national emergency in case India or any of its parts are threatened by war, armed rebellion or external aggression.

Even if the constitution was stretched to its widest latitude and the pandemic was made to fit as “war” or a “constitutional failure”, it would still require a presidential proclamation.

However, apart from being circumscribed by constitutional limitations such as sunset dates and parliamentary oversight, the declaration might also be unsavoury, given its past abuses.

Disaster management as a legislative field has no specific demarcation under the constitution’s seventh schedule that apportions legislative domains between the states and the Union.

Police, health, industries commissioners, shops and establishments inspectors are all executives of the state governments. The prevention of entry of the virus in India by the quarantining of foreign entrants, closure of borders, and ensuring adequate ammunition to fight the virus (such as provisioning of emergency funds, availability of medical equipment, and so on) are responsibilities of the Union.

The Union and the states also share responsibility to prevent the spread of contagious diseases. The Epidemics Diseases Act (EDA), the law which many effected states such as Delhi and Maharashtra put into operation before the Union invoked the NDMA, provides them almost unfettered powers to quell the virus within their state limits.

The Union too had an obligation under the EDA, which was to prevent the contagion from entering India. Neither the EDA not the NDMA, however, permit the handover of power from state to Centre. They were not intended to do so either. The state of Maharashtra (where Mumbai airport is located), for example,  could not have issued quarantine orders against Chinese nationals because international borders are under the Union’s control. 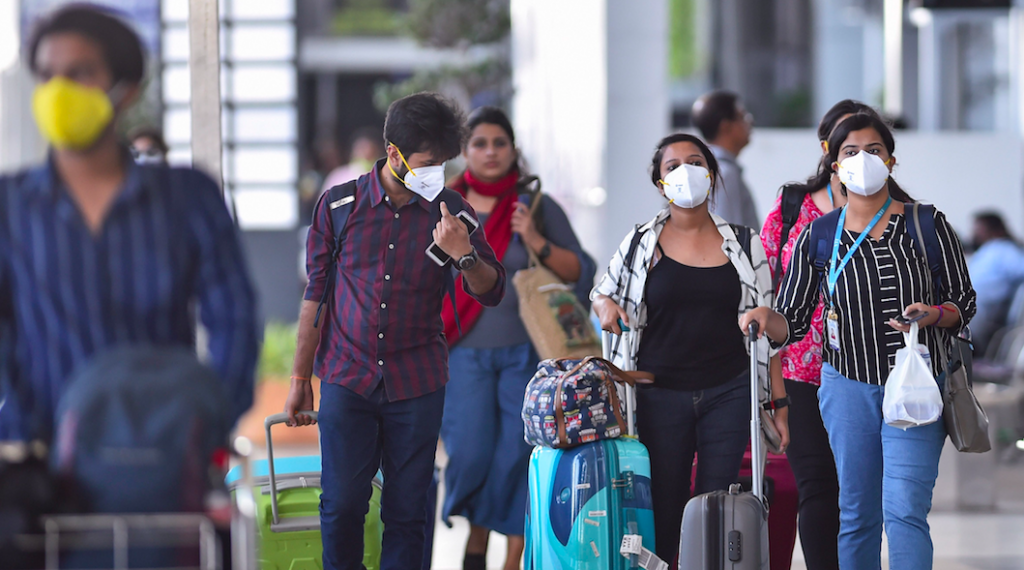 Rising to propose the NDMA’s passage in the Lok Sabha in 2005, Shivraj Patil, former home minister, had said that he anticipated that legislators would pose questions. “Members may ask whether I am limiting the power, the authority and the jurisdiction of the state governments by making this law. The reply to this kind of a query would be ‘no’.”

The statute as passed, unfortunately, doesn’t make his assurance so conspicuous and that’s perhaps the lacuna which is being exploited to renege on this assurance today.

While the language of the MHA’s national lockdown notification of March 24, 2020, appears mandatory, it says “state establishments shall be closed.” And states such as Kerala have issued notifications “accepting” the MHA’s notification.

This raises two difficult questions: if the MHA national lockdown notification was effective nationally without reference to state executives, then what was the need for states to issue acceptance notes (and it is not known if all states issued it)?

Second, if imposing a national lockdown falls within the Union’s jurisdiction, then its unilateral extension by states such as Punjab and Odisha becomes questionable. Two powers cannot, for political expediency, enjoy concurrent executive jurisdiction.

The essential rule of democracy is the accountability of elected representatives. If an executive decision produces a bad outcome, affected citizens have the right to fix blame and seek recompense. They won’t be able to do that if governments are allowed to pass the buck from one to another.

The Union recommended that states invoke the EDA in the second week of March, and on March 14,   notified COVID-19 as a “disaster” within the NDMA.

This announcement was made far too late. The WHO declared the virus as a “Public Health Emergency of International Concern” on January 31, around the same time that India’s first COVID-19 case was diagnosed in Kerala. The WHO’s declaration coupled with the entry of the pandemic in India should have been enough to begin preparation on a war-footing, and yet the Union waited another six weeks to permit the states to access disaster relief funds.

As early as February 4, 2020, the NDMA member secretary wrote to the states to draw their attention to the National Disaster Management Plan 2019, read with the Biological Disaster Management Guidelines 2008. The two documents provide for extensive early warning systems, contingency implementation, operational guidelines for sheltering in place, etc. As per the Union’s own statement to parliament last year, 12 battalions of the National Disaster Response Force (NDRF), and handlers of 12 major Indian airports are trained in emergency management of biological disasters.

Sadly, these plans remained on paper alone. If the government’s own guidelines had been followed, we would not be asking why there weren’t enough test kits, why the entry checks were  so porous, and why the temporary sheltering of migrant workers was not thought of in advance before announcing the lockdown on March 24.

The question becomes even more pressing because the guiding legislative intent of the NDMA is natural calamities such as floods, earthquakes and cyclones. The top of the line item under ‘prevention’ is evacuation and camping. 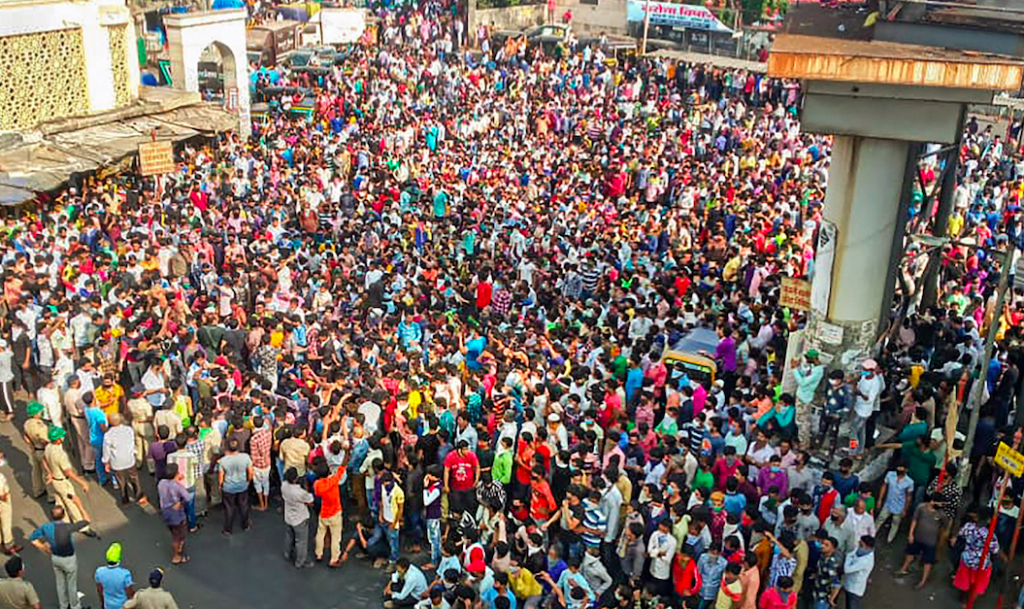 Equally troublesome is the Union’s notification ordering payment of wages (labour commissioners are state subjects) to benched workers, without providing for adequate compensation to employers. The constitution has guaranteed that no one will be denied the right to his or her property without due process of law. Property includes both money and immovable property such as land.

The notion that in the fog of the COVID-19 crisis, anything and everything goes, is palpably dangerous. Even during wars, there are rules of engagement, and so suspending constitutional requirements during a pandemic should be resisted.

Perhaps the ruling dispensation finds the pandemic a useful way of glossing over its  policy failures of the past few years.

Even before the pandemic hit India, the economy was at its slowest in a decade, financial institutions were failing, unemployment was the highest in 45 years and the nation was boiling in a civil strife caused due to a deeply controversial citizenship law and the crackdown in Kashmir.

From here on, everything can conveniently be blamed on the pandemic.

The thought is morbid, but the hopeless records of Indian politicians, and the responses in Hungary, Israel and Brazil where governments have usurped disproportionate powers, evoke no hope that such a sinister design wouldn’t be their guiding force.