A Government Without Strategy, and Also Without Humanity Migrant workers take a nap at a Delhi government school, where they have taken shelter during the national lockdown. Photo: PTI/Manvender Vashisht

The National Register of Citizens-Citizenship (Amendment) Act process would have made millions of people in India stateless. Within days of the sudden lockdown, countless Indians have been rendered homeless. They are literally stuck where they are, with no place to go to. They have left their former places of residence and they cannot reach their homes in the village. The states have shut their borders. Some politician wants to shoot them, another ruling party apparatchik thinks they are irresponsible and just taking advantage of their enforced vacation to go home to their families.

The migrant workers are without food, without shelter, without hope. Many of them lost their jobs because their employers could not afford to continue paying their salaries. They would have found it difficult to buy food and pay their rents. They were worried they would get sick. They left for the only place where they could be safe – their homes. But the borders are sealed and so that is a distant prospect too. The crowds are swelling up. It is a humanitarian crisis in the making.

In less than a year after this government was voted into power, this is the third instance of an official act that has caused hardship and misery to a large number of people at the same time. Go back a few more years, and one can add demonetisation to the list. The common elements in each instance are peremptory decision making, lack of planning and shoddy execution. There’s another – the complete lack of concern over the human cost, which has been colossal.

Also read: In Tourist Haven Goa, Tourists and ‘Outsiders’ Are No Longer Welcome

There has never been a proper social net in India, barring a few initiatives like MGNREGA, but even the little that did exist is now in poor shape. Policy rarely takes the needs of the poor into account, but now we see a complete lack of empathy. Those who have suffered the most after the lockdown are being painted as anti-national villains who don’t think of the common good.

Supporters of the government may argue that each of the decisions taken was necessary, and, ultimately beneficial to the country.

The jury is out on that, but let’s examine each of them: demonetisation was important to weed out black money, it was said, (along with how it would break the back of terrorism). We have seen how it turned out, and not just in the short term. The poor suffered the most and cash transactions and black money are both back.

The reading down of Article 370 in Kashmir, where a lockdown was imposed on an entire state, and even basic internet was taken away, was hailed by even those who otherwise are not great fans of the government, but again resulted in severe difficulties for seven million people. Hyper-patriotic NRIs hailed it, declaring that “Kashmir had finally become part of India” but there was widespread global condemnation. The world has never been fully convinced of India’s claim over Kashmir, but regular elections and democratic institutions strengthened India’s position. When elected politicians are held for months without charge what moral case do we have left?

As for the whole NRC process in Assam, which was court mandated, the chaos it created should have been enough for the Modi government to realise its implication. Instead, it went ahead and announced that it would roll out the register in the rest of the country. Thus, not only 19 lakh people in Assam now are potential non-citizens, several times more will likely find themselves in the same situation. The agitations that sprung up all over the country should give the government pause and perhaps even encourage it to withdraw this pernicious move, but Narendra Modi and Amit Shah don’t ever have second thoughts.

And now, the spread of the deadly novel coronavirus, which required a methodical and humane response, has once against proved that this government doesn’t ever work to a plan. A shock lockdown isn’t a plan and an appeal to beat on thalis certainly won’t qualify. The second, with all its pseudo spirituality built into it – the vibrations, along with chanting ‘Om’, will drive away the virus, many WhatsApp forwards have claimed – was a resounding success, thus consolidating Modi’s reputation for getting the masses to dance to his will. But the abrupt lockdown with just a four-hour notice period has had devastating effects, especially for the poor. 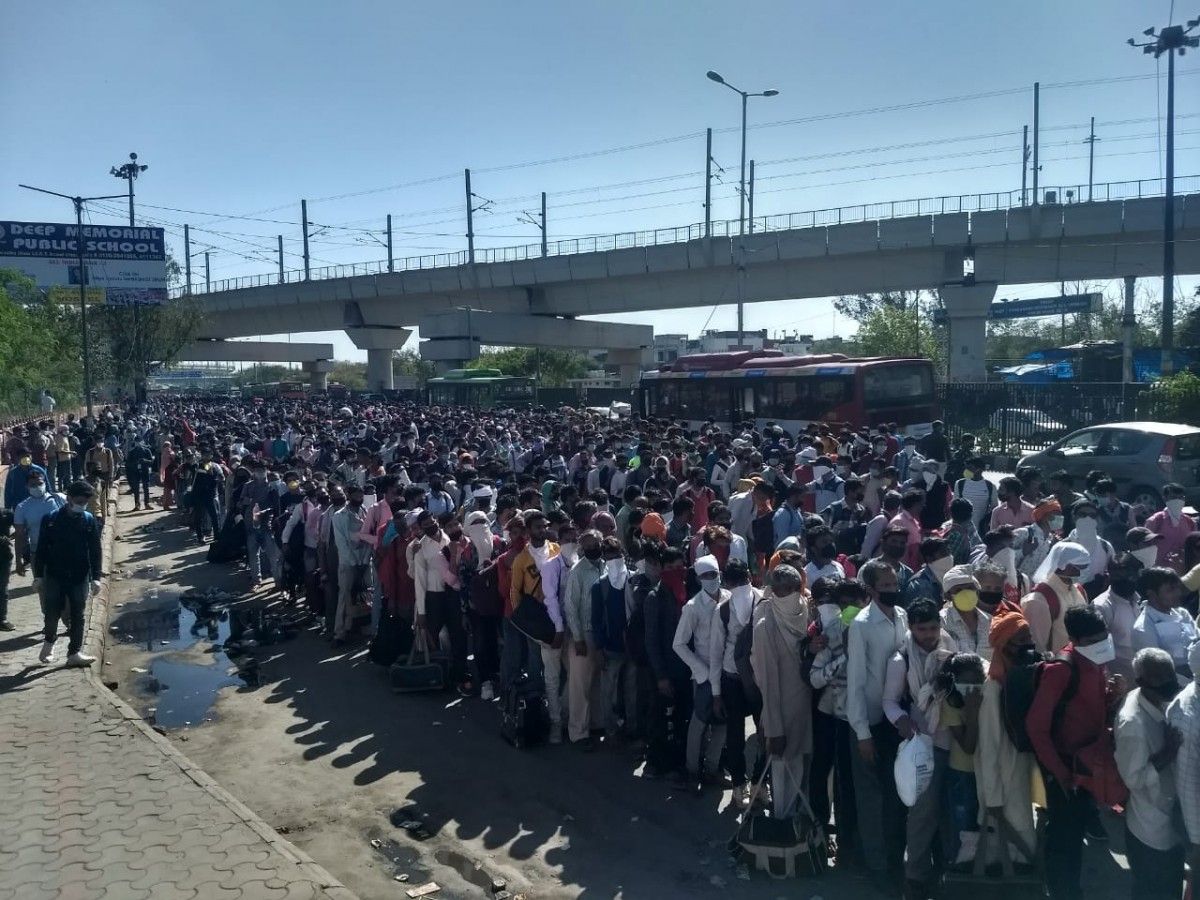 Gradually, the middle-classes have settled down to a routine and though they too face challenges, can work for home and have many leisure options too – social media is full of people exchanging Netflix recommendations. But the ones on the road are being corralled and herded into stadiums – after giving them a chemical cleanse – and will be quarantined, but what next for them? Who will undertake to medically examine them, provide food, and then, at some stage, transport them to their homes in the city or the village? Will their jobs be waiting for them, given that the lockdown would have badly hit small businesses? What’s the plan to put the economy back on track and mitigate the impact of the lockdown?

At this moment, dealing with a medical emergency that could arise if cases and deaths increase is a top priority and our doctors and nurses are working round the clock. But equally important – and that is a direct fall out of the abrupt lockdown – is to ease the supply bottlenecks that have built up. Trucks are stuck on the highway, labour to load and unload goods has vanished and supplies are not reaching the shops. With states reluctant to open borders, it’s likely to only get worse.

All this could have been avoided with a little bit of planning – to begin with, was there really a need for such a short notice for the lockdown? Even now, with a clearly thought out strategy to deal with the virus and the aftermath, the government can tackle this disaster. But so far there has been no indication that there is any such strategy in the offing.

With such a pattern of decision making, the obvious question is, doesn’t anyone in the Modi government – and Narendra Modi himself – consider the human cost of such decisions? The imperious, firman-like proclamations may appeal to him – it certainly pleases his devotees – but surely he would have thought about the suffering it causes?

If he hasn’t – and the instances of the past few years raise that legitimate doubt – one can only conclude that he likes the idea of inducing anxiety among the citizens. Because whether it was about exchanging demonetised currency, or hunting for documents to prove their citizenship or, now, rushing out to buy food, millions of people were beset with fear and apprehension. But the hardest hit are always the poor. It was they who had to stand in queues to exchange their meagre cash savings, and they are the ones who will come out of this crisis with their jobs lost.

It is entirely in keeping with our times that those who desperately tried to reach their villages, even setting out to walk hundreds of miles, are being cursed and accused of being uncaring. They will be blamed if COVID-19 spreads. They may not even be allowed into cities. Abandoned by the state and rejected by society, they will be homeless refugees in their own land.