Local initiatives such to ensure isolation, food distribution and sanitation need to be actively supplemented by the macro-level decisions. 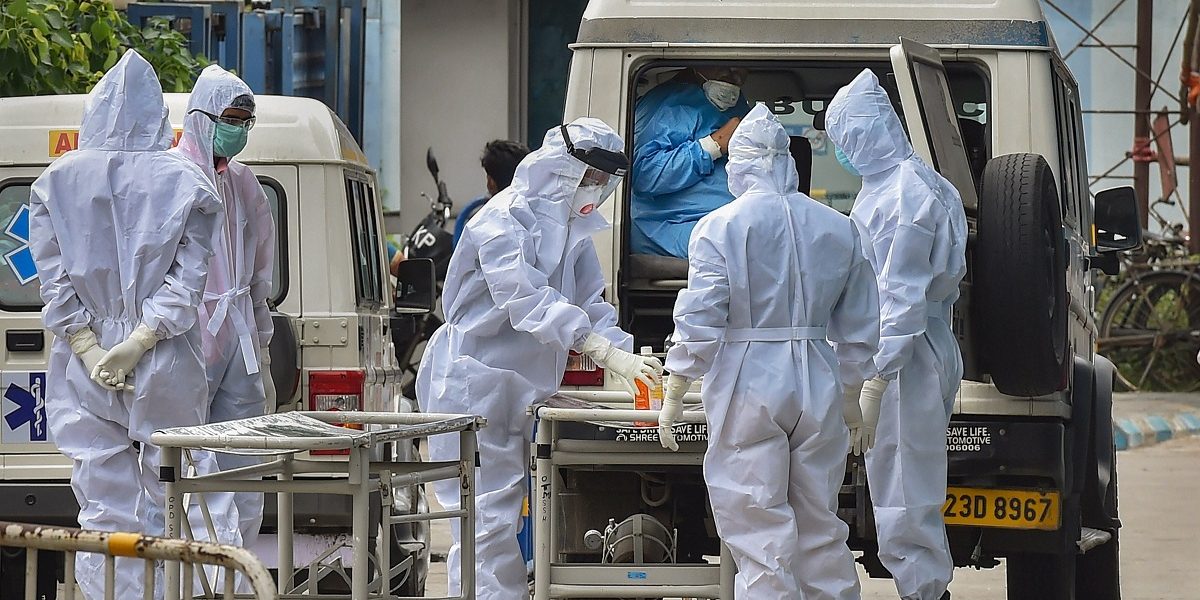 Medics help an elderly person board an ambulance after he recovered from COVID-19 in Kolkata, April 30, 2020. Photo: PTI/Swapan Mahapatra

In its struggle to prevent the rampant spread of COVID-19, the nation is now in the fifth week of lockdown. Over this period, India’s job insecurity informed by weak labour organisations and the massive unorganised sector has called for urgent coordination between different institutions of Indian federal structure. Although the most noticeable feature of the COVID-19 for the 1.3 billion citizens of India is the Centre’s mandated lockdown, it would be fallacious to attribute the success of the containment to the Centre alone.

‘Public health and sanitation’ is listed as item number 6 under List-II (State List) of the Constitution of India. Therefore, the maintenance of public health is the responsibility of individual states as per the Constitution. Some states have been more successful than others in containing not just the spread of the disease, but also the economic fallout of a mass lockdown. However, there lies an alarming disparity between the actions of different states: Kerala, the Communist-led state, houses more than 69% of all relief camps set up for COVID-19.

In states such as Gujarat, Delhi, Andhra Pradesh, non-governmental organisations (NGOs) have attempted to fill the gaping holes in the administration’s governance. In fact, since the beginning of the lockdown, NGOs have filled the bellies of tens of lakhs of people, especially migrant workers, which outnumbered the people fed by the state governments and their meal distribution programmes.

The defining role that NGOs play in mitigating the effects of this pandemic can be gauged from the fact that the Empowered Group of the NITI Aayog, headed by CEO Amitabh Kant, called forth the help from thousands of NGOs across the nation in the first week of April. This highlights that the solution for India’s fledging fight against COVID-19 is going to be hyper-local management and administration of tracking the disease, job insecurity, hunger management and the completely avoidable mayhem of migrant labour crisis inadvertently manufactured by the Central government. 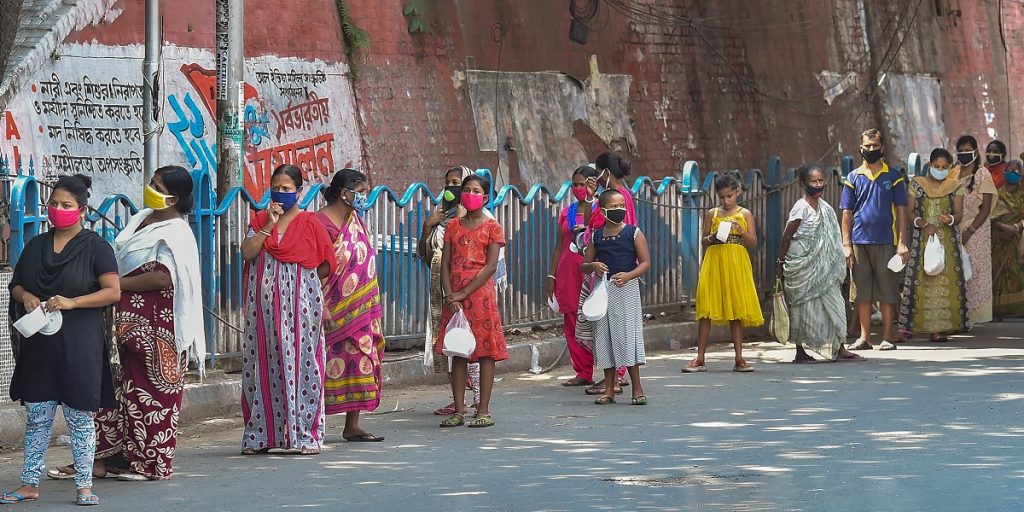 One instance of the same is the Bhilwara model of containment. The Bhilwara model has been commended for its success in preventing the district from turning into India’s Wuhan, courtesy the simple yet strictly executed measures like complete lockdown and monitoring. The model of Isolation, Identification, Testing, and Treatment (IITT) reflects the efficacy of local (district) level administration in finding solutions locally.  This local led-initiative model has not only been adopted by other districts of Rajasthan, it has also been identified as a solution by Madhya Pradesh CM Shivraj Singh Chouhan to control the spread in the state’s epicentre Indore.

Similarly, the swift action taken by the Kerala government to flatten the curve involved synchronised efforts of the government from the state to the panchayat level. The past Nipah virus experience served as a learning tool for the government. The Kerala government’s effort in fighting COVID at the grassroots-level involved consistent efforts by local bodies to implement holistic administrative measures for prevention and tracking. The government has also rolled out relief measures for those especially vulnerable to mitigate further economic distress. These include health packages, loan assistance, welfare pensions, tax relief and other necessities for the weaker sections of the society.

Odisha, which has a higher degree of disaster preparedness, had a novel way of dealing with the pandemic with limited resources. The state was the first to announce near-complete lockdown and incentivised the patients to self-declare by providing them monetary benefits. The state government recognised the importance of local actors in the play by transferring Rs 5 lakh to each panchayat to ensure the safety of the rural population.

Assam too, has taken measures to protect its citizens, making provision for safety nets by means of cash assistance to those stuck outside the state, in India and abroad, and food grains from Food Corporation of India for the entire north-east.

Another case of hyper-local initiative comes from Bastar division of Chhattisgarh, where local villagers headed by Sarva Adivasi Samaj (SAS) have set up check posts and safeguarded food provisions to effectively quarantine the emigrants returning home post lockdown. In addition to this, training to healthcare workers has been provided in local languages so that the relevant information can be disseminated easily.

Although grassroots efforts from local governments and private players are gaining momentum, they are going to be effective only if complementary support from the Union government is forthcoming. Not all states have dealt with the pandemic equally, highlighting the need for the Union’s efforts.

A study conducted by the People Archive of Rural India (PARI) narrates the grim story of ASHA workers in the Sonipat district of Haryana. The ASHA workers were found monitoring and spreading awareness on COVID-19 without sufficient training and PPE. ASHA workers are notoriously overworked, underpaid and risk violence. The pandemic has forced them into an even precarious situation where they risk their lives without enjoying rights that other regularised healthcare workers do.

Also Read: ASHA Workers Are Indispensable. So Why Are They the Least of Our Concerns?

The plight of sanitation workers has not been any different. B. Srinivasulu, the general secretary of the Chennai Corporation Red Flag Union says that with the mandatory sanitation work in place, workers have been given insufficient transport that pushes them to travel on garbage trucks or walk on an average of 90 minutes to work, further increasing their risk of contracting the disease, while failure to report to work will cost them their job. A woman speaks to a family member via video call in an isolation ward in Jabalpur, April 25, 2020. Photo: PTI

The two fundamental challenges of overcoming this pandemic are controlling the spread and ensuring the survival of the people of various strata in light of the economic difficulties. The convergence of COVID-19 and the severe economic slowdown bespeaks more starvation, job losses, salary cuts and redundancies.

The above-mentioned local-level initiatives to ensure isolation, food distribution and sanitation need to be actively supplemented by the macro-level decision from the Centre, to reduce the vulnerability of the poor. For instance, a mere 15% of the population has received food to stave off starvation. A whopping 80% of India’s work-force is employed in the informal sector, where job cuts are undocumented. Nearly 68% of our population is trapped in poverty, further putting them at risk of not just hunger, but also the disease lest they venture out for work once the lockdown is lifted.

The Central government needs to step up to its responsibility by being sensitive to the fact that the crisis affects us all differently. The 12-year-old girl who died after walking 100 km to reach home and the man who sold his phone to buy food before dying by suicide due to his inability to provide for his family ought to remind us that while the pandemic may affect everyone, its impact varies. The government needs to rethink its decision to dedicate the reserve of rice for production of ethanol that will end up in hand-sanitisers and bio-fuels. The risk of forcing us into starvation to many who are stranded and unemployed is likely to be alleviated if grain is provided to them without the impediment of mandatory identification laws.

The Central government can also exercise its power to put a moratorium on rent, mortgage and loan repayments. The industry leaders who have called for measures such as tax breaks and the moratorium on the application of the Insolvency and Bankruptcy Code need to be heavily disincentivised from making cuts by means of redundancies and salary reductions to prevent the pandemic from forcing us into starvation filled recession spiral.

The hyper-local approach is the solution for the fight against COVID-19. However, it cannot work effectively without strong impetus from the Centre. Complementary Central government efforts at the macro level are crucial for extending the government’s mandate of “inclusive growth” to envelope “inclusive protection”, standing by the principle of “no one left behind”. The nationwide lockdown ought to be the precursor to wider steps to control the crisis. We must not forget that the lockdown is only as good as the last filled stomach.

Akansh Khandelwal is pursuing his Ph.D. in Economics at IIM-Indore. Vibhuti Dikshit is an advocate practicing in Delhi. Kaviyashree Rajkumar is an MBA student at IIM, Indore.