Health ministry skipped crucial detail on India’s testing, which is much lower than those of other countries, therefore resulting in the possibility of fewer cases being identified. 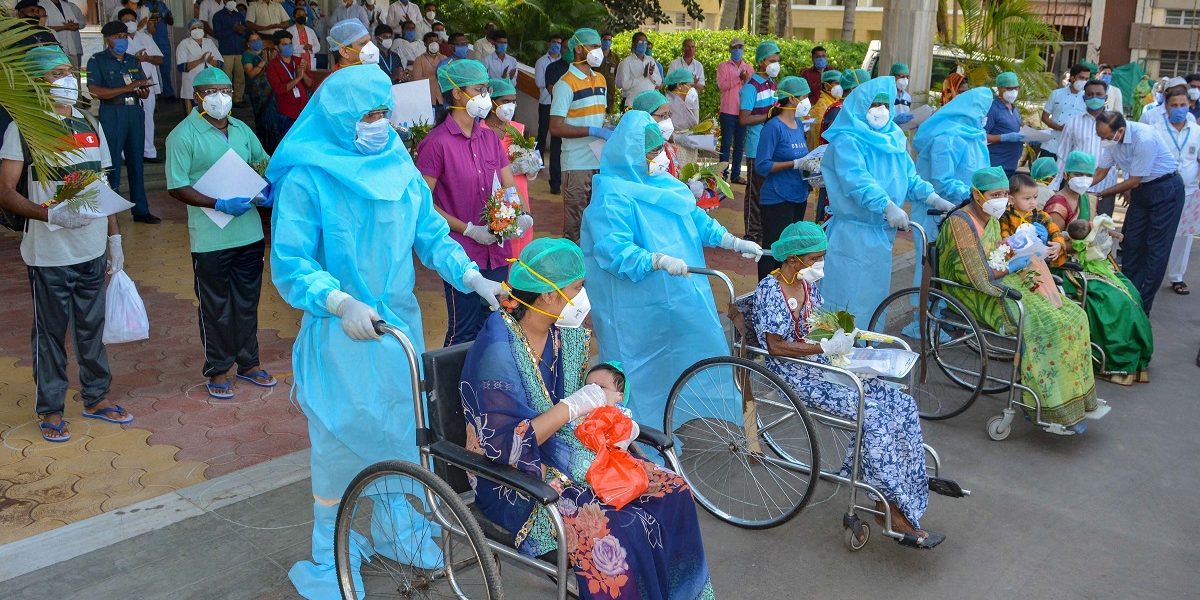 People who have recovered from COVID-19 being discharged in Karad, Maharashtra, May 20, 2020. Photo: PTI

New Delhi: Hours after US President Donald Trump said the number of COVID-19 cases in his country was an outcome of high testing, India chose to bracket the US with 14 other countries – with the highest prevalence of deaths due to the virus – to state how their cases were 34 times more and deaths 87 times more than what has been recorded in India.

For the record, however, while the US had conducted 12.6 million tests until Tuesday, according to the Centres for Disease Control, India had conducted a little over 2.5 million as of Wednesday afternoon.

As the number of COVID-19 deaths and new cases continues to surge in India, the media briefing by the health ministry on Wednesday was less about actual numbers and more about drawing a comparison to show how India apparently did better than the world in general and worst-affected nations in particular. But the ministry did not provide any comparisons between the number of tests conducted in India and other countries.

The Wednesday briefing did not state if, like in Delhi, other countries had also reported a mismatch between the number of deaths being recorded by hospitals and the official figures, or if there was a difference in official figures and the number of cremations and burials taking place as per protocols in various parts of the country.

The joint secretary in the Union health ministry, Lav Agarwal, while briefing the media on Wednesday, said one satisfactory aspect has been that 42,298 COVID-19 patients have recovered and the active cases were 61,149 and 3,303 deaths being recorded.

Also Read: The Tricky Issue With Knowing How Many Are Dying From COVID-19 in India

He said “a major focus of our efforts has been to provide top level monitoring along with a graded response. Under a proactive and pre-emptive approach, we have worked with advanced planning. In accordance with that, we have also put in a lot of efforts in prevention, containment and management of cases.”

The spokesperson claimed that some “relative positive” status has also been witnessed while working in close coordination with the states.

‘In India 7.9 people per lakh infected, globally 62 per lakh’

A crucial aspect that was missed here was that India’s confirmed cases were lower because of lower testing. As per data provided by Worldometer, an independent tracker, India has been testing a little over 1,800 people per million, whereas the US has been testing over 38,000 per million.

India has reported 1 lakh positive cases on the back of nearly 25 lakh tests – showing 4% positivity. A higher test base would likely have resulted in more positive cases and a higher per lakh incidence too.

The spokesperson also lamented that so many lives were lost in India. However, he added that by working closely with the states and people “we were able to manage the situation well so far though the challenge still continues.”`

He said while India’s population was similar to that of all these 15 nations put together (this meant that China was excluded from this list), they reported 34 times more COVID-19 positive cases than India and around 83 times more deaths than in India.

Then he again insisted: “While this is the situation, it is not one of satisfaction for us. For us, the focus is on providing care to every positive patient in India.” The spokesperson found “another relative positive news” in the midst of gloom. “When the lockdown started, the recovery rate was around 7.1%. With clinical management, it increased to 11.42% at the start of the second lockdown, then to 26.59% (at the start of the third lockdown) and then to 39.62% as on date (in the fourth lockdown).” 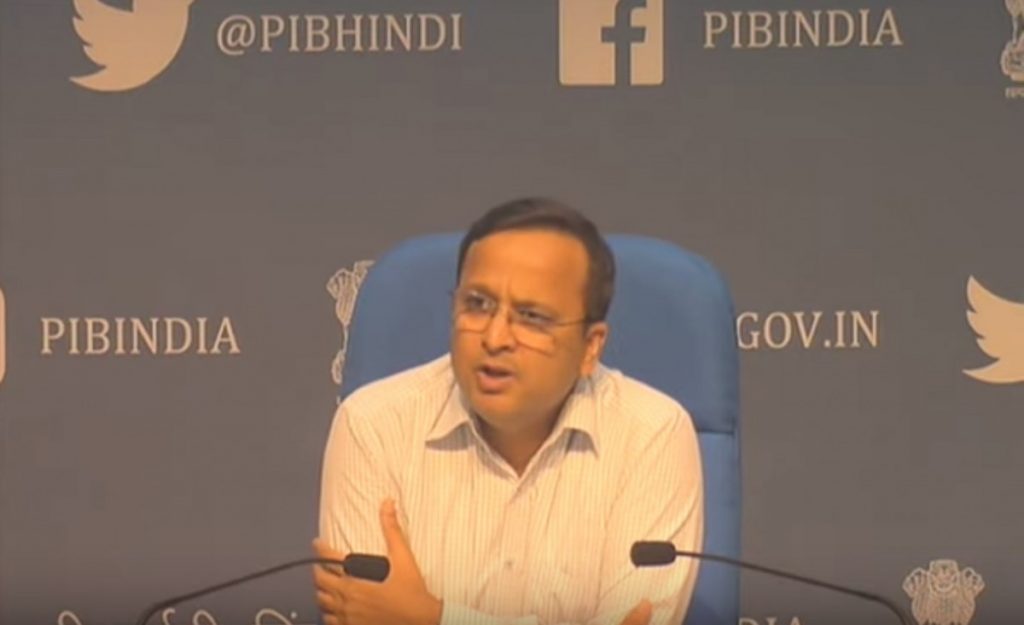 Health ministry joint secretary Lav Agarwal, the Government of India’s public face for the COVID-19 crisis, at the daily press briefing on April 11, 20120.

‘Only 6.39% patients in need of hospital management’

The Centre also tried to convey that India has fewer serious cases. “Of the 61,000 active cases,” Agarwal said, “around 2.94% were on oxygen support, around 3% cases were on ICU support, while around 0.45% were on ventilator support. This data is important because it shows that focus on early identification and surveillance, we are able to ensure that most cases do not convert into serious ones.” He said so around only 6.39% patients were in actual need of hospital management.

The government also claimed it was well-prepared to handle any situation ahead. “Around 1.5 lakh beds were available today, and so even if more cases come today, there would be enough to manage new cases.”

To a question on the revised discharge policy, in which people are being allowed to go after 10 days, Agarwal also explained that “on the basis of evidence it was found that if cases which were pre-symptomatic or very mild or show moderate symptoms, if they do not show fever over 10 days, then they do not spread infection. That is why we have given them permission to go back home, but we have also told them to not go out and instead isolate themselves at home for seven days.”

He concluded saying, “Our focus will be on preventive action till proper medication or vaccine is found.”

Data on testing was provided by the Indian Council of Medical Research representative, who said till 12:30 pm on Wednesday, 25,36,156 tests had been conducted, with 1.07 lakh of conducted during the past 24 hours. He said 555 labs were authorised to test across the country, of which 164 were in the private sector.