Doctors Are Running Out of Protective Gear. Why Didn't the Govt Stop Exports in Time?

Despite the WHO’s guidelines on February 27 advising all countries to sufficiently stockpile medical equipment, the export of protective gear like masks and gloves continued from India unabated. 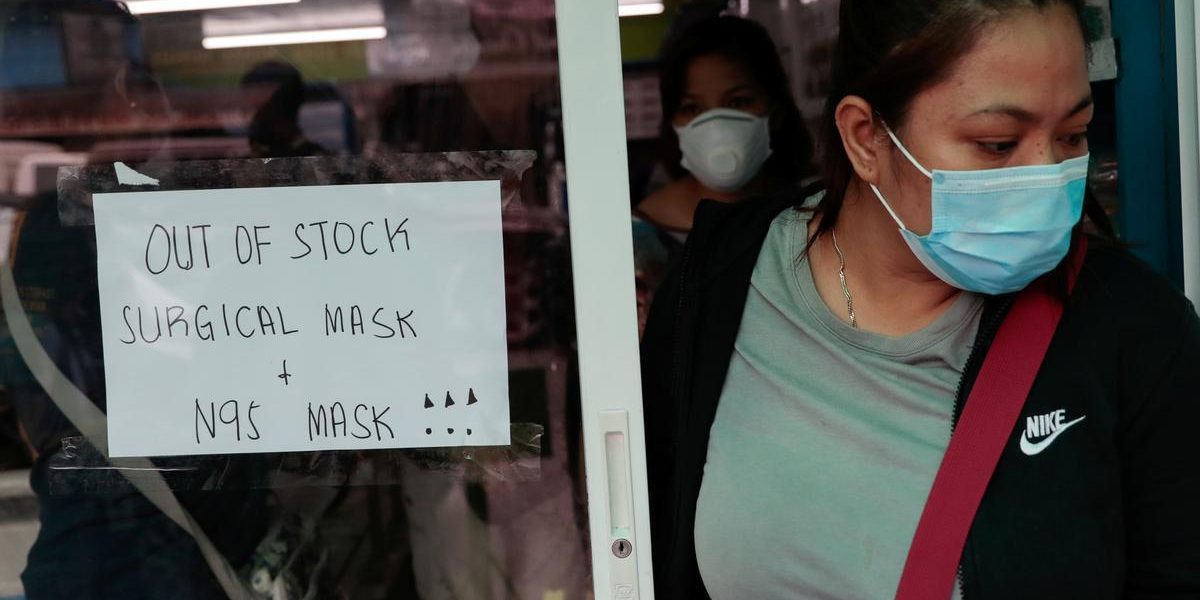 New Delhi: As the coronavirus threat loom large over India with the number of reported cases escalating every day, medical experts have pointed out that major hospitals in the country are currently facing a shortage of personal protective equipment (PPE).

The Resident Doctors’ Association (RDA) of the All India Institute for Medical Science (AIIMS) wrote a letter to the director expressing concern regarding shortage of PPE like surgical masks, gloves, etc. On March 24, the doctors at AIIMS once again issued a complaint regarding the dearth of masks and gloves.

Many doctors have also informed people of the situation through social media. The latest case is in King George Medical College, Lucknow, where the RDA has written a letter expressing concern over the shortage of protective gear.

Why is there a shortage of protective medical equipment in hospitals? And why is the government risking the safety and health of doctors, nurses, ward boys and other medical workers? The answer to these questions can be found in some unusual decisions taken by the government in the run up to the current crisis.

The first case of COVID-19 was reported in India on January 30, 2020. The very next day, i.e. on January 31, the Union Ministry of Commerce and Industry issued a notification banning the export of all sorts of PPE like surgical masks, gloves, ventilators, etc.

However, the Centre amended this decision a few days later. The commerce ministry issued an order on February 8, 2020 allowing the export of all types of gloves except NBR gloves as well as surgical masks. Such protective equipment is extremely crucial for doctors.

Also read: ‘Rs 100/Day in Jan Dhan Accounts, More Testing, More CSR’: The Speech That Could Have Been

Note that during this time, coronavirus cases were rising globally while concerns were growing in India as well. This was also when rhe government continuously claimed that it was fully equipped to control the virus.

However, the reality is that export controls on protective equipment were gradually relaxed. In fact, the Centre further amended the January 31, 2020 order that banned the export of PPE and passed a new order on February 25, 2020 allowing the export of eight more articles. Rules on export of raw materials required for this equipment were also relaxed.

In its order of February 25, the Union commerce department approved the export of surgical/disposable masks, all types of gloves other than NBR, surgical blades, shoe covers, gas masks, plastic tarpaulins, breathing apparatuses, etc. By this point, the number of people infected with coronavirus was already on the rise in India.

Meanwhile, the World Health Organisation issued guidelines to all countries on February 27, 2020 stating that they should stock up a large amount of PPE, keeping in mind the spread of the coronavirus.

In addition, the WHO asked industry bodies and governments to increase production of such equipment by 40%.

However, the government of India paid no heed to these directives and stood by its order of February 25. It was only a month after the WHO issued its guidelines – that is, on March 19, 2020 – that the commerce ministry banned the export of surgical masks and ventilators. Export of raw material for masks has also been banned. On March 24, the government extended the ban to sanitisers. The ban on export of ventilators was also extended to artificial respiratory apparatus, oxygen therapy apparatus and any other breathing appliance

According to a report published in the Economic Times, the government of India was already aware that hospitals in the country were dealing with a short supply of protective health gear. According to the minutes of a meeting held on March 18 by the textiles ministry, officials were informed that there is a shortage of body coveralls and N-95 masks.

According to the minutes, the Central government floated a tender for 725,000 body covers, 1.5 million N-95 masks and one million three-ply masks. So far, the supplier has provided only 200,000 masks and has also sought a 266% revision of prices.

However, the health ministry refuses to admit that hospitals are faced with an acute shortage of protective equipment. Replying to a question in a press conference held on Monday, the additional secretary of the health ministry, Lav Agarwal, dismissed the claim calling it fake news.

J: What about reports that India did not maintain stockpile of PPEs, despite WHO guidelines?

Lav Agarwal: Where is the report? We do not have any such advisory. This is fake news.

This is the WHO guideline from Feb 27. 👇🏾https://t.co/jifsKrrkrN

Meanwhile, the opposition slammed the government over the issue and demanded strict action against the commerce minister and secretary.

In a tweet, Congress spokesperson, Randeep Surjewala pointed out how it took the Centre 84 days to come up with the March 24 ban on exports.

84 days after the spread of #COVID2019, Govt banned export of Ventilators, Respiratory Devices & Sanitisers only yesterday on 24th March!

Is this your Govt’s “modus operandi” to fight Corona Virus?

Rahul Gandhi also tweeted, asking Modi why the government of India allowed the export of ventilators and surgical masks contrary to the WHO’s advice to sufficient stockpile such items.

“What are the forces behind this jest? Is it not criminal conspiracy?” he asked

Several health experts have expressed concern that if the shortage of protective gear continues in hospitals, it will pose a serious threat to the lives of health workers who are struggling to fight against the spread of the epidemic.

In a tacit acknowledgment of the shortage, Prime Minister Narendra Modi said on Tuesday that the government was working towards “rapidly ramping up” the supply of PPE:

In tackling this new pandemic, the Central Government is constantly working towards better equipping the healthcare facilities of the country…. Today, the Central Government has provisioned 15 thousand crore rupees for treating Coronavirus patients and strengthening the medical infrastructure of the country.. This will allow for rapidly ramping up the number of Corona testing facilities, Personal Protective Equipment (PPE), Isolation Beds, ICU beds, Ventilators and other essential equipment. (emphasis added)

Translated from the Hindi original story in The Wire Hindi by Naushin Rehman and updated by The Wire Staff. Read the Hindi version here.