Across the World, the Coronavirus Pandemic Has Become an Invitation to Autocracy

In normal times, the kind of policy measures being taken would have been scrutinised by the legislature and judiciary, but the present scenario has effectively neutralised the separation of powers and checks and balances. 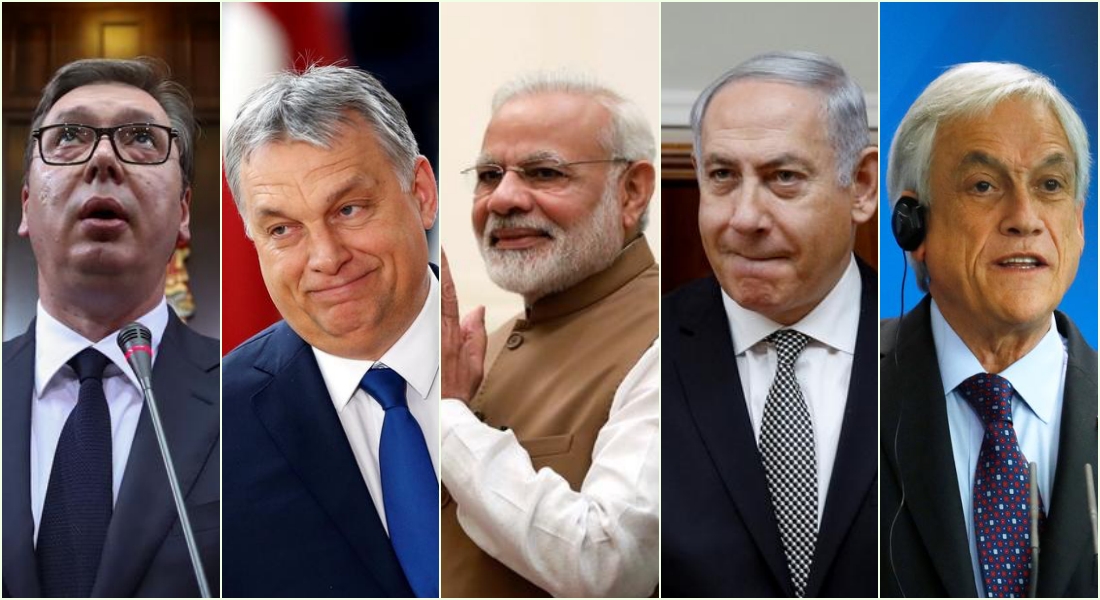 The COVID-19 pandemic has thrown a curve ball to not just epidemiologists but democracies as well. Recognising this alarming situation, we, at the International Institute for Democracy and Electoral Assistance (International IDEA), an inter-country organisation, held a comprehensive discussion on the looming political fallout. The board apprehended that the pandemic may enable and tempt democratically elected leaders to become autocrats and dictators under the garb of “emergency powers”. Even though democracy has been on the decline globally for some time now, the public health crisis has has hastened the transition to autocracy, and there are serious doubts about the capacity of countries to effect a course correction once the threat from the virus abates.

According to COVID-19 State of Emergency Data by the  UN’s Centre for Civil and Political Rights, 84 countries have declared a state of emergency since the pandemic began: a gateway to autocracy. For instance, Hungary has extended the state of emergency indefinitely with its Prime Minister, Viktor Orbán, allowing himself to rule by decree, and Serbia’s President Aleksandar Vučić has announced an open-ended state of emergency, sidelining Parliament and enforcing some of Europe’s strictest measures. While Chile has declared a “state of catastrophe”, the Philippine Congress has accorded emergency powers to its president through legislation.

The declaration of emergency is not problematic, per se – the prevailing situation demands such extreme measures. The worrisome aspect is the unchecked power it bestows on the head of government, which allows her/him to push forward a repressive agenda against dissenting voices and erode democratic processes that aim to hold them accountable. The biggest casualty of this concentration of power is human rights: citizens overnight are converted into “subjects” and compelled to surrender their rights in the name of larger public good.

A similar pattern is being followed right now by vulnerable countries that have shelved the fundamental principles of democracy. In the name of controlling the spread of the pandemic, countries like Hungary are tampering with right to freedom of expression with jail terms of up to five years. In addition, countries are finding an opportunity  to curb protests and dissent. For example, Chile, where  mass protests were rampant, has army patrolling the streets due to “emergency”.

The pandemic has also facilitated governments extending surveillance on citizens by violating their right to privacy. Even though the surveillance of telephone conversations has been a regular state of affairs in the guise of preventing anti-national activities, the idea of “contact tracing” of COVID-19 patients is a perfect opportunity for a decisive blow to the right to privacy. The inbuilt surveillance app of South Korea or Singapore keeps a track on the smartphone owners’ GPS locations and allows for personal data exchange with the application. There is no clarity on what happens to the encrypted data saved on government servers once the pandemic is over. To put this in perspective, Israel, for instance, has, in retrofit, decided to use secretly collected pools of citizen data under its counterterrorism exercise for the contact tracing of COVID-19 patients.

In normal situations, such policy measures would have been subjected to scrutiny by the legislature and judiciary, but the present scenario has effectively neutralised the doctrines of separation of powers and checks and balances. The emergency has helped fragile democracies bypass their respective legislatures to implement legislation without deliberation – striking at the root of democracy. In Hungary, the PM’s decrees have automatic approval of its legislative body, which has allowed him to take away funding of political parties to “fight coronavirus”. On the other hand, the supposed protector of democracy, the judiciary has been completely silenced. This was witnessed in Israel where Prime Minister Benjamin Netanyahu has shut down the courts. Is it just a coincidence that he was facing three criminal cases for bribery, fraud and breach of trust?

In India, separation of powers between executive and parliament had already dwindled with the decimation of all opposition. Prime Minister Modi announced a nationwide lockdown without even having a discussion on it in Parliament, which was in session till just the previous day. Nor did he consult the chief ministers of states, thus giving ‘cooperative federalism’ a go-by.

Even though it is not an official state of emergency, the Indian judiciary has virtually given the government a free pass in its endeavour,  like it did in Emergency of 1975. This was clear as day when the Supreme Court of India, pronounced that the migrant workers do not need any money since food was already being provided to them in shelters. Don’t the workers have other needs like health and hygiene and their families, staying in villages, need money to sustain themselves? Chief Justice Bobde’s statement says it all, “In times of crisis, three organs of government should act in harmony”. The executive has never been so cosy with the judiciary as now.

The Aarogya Setu, a marvel of artificial intelligence may be a great tool to combat COVID-19 by contact tracking. Downloading the app has now been made mandatory for not just all central government employees but all employees and workers. One judge made it a condition for the grant of bail. However, the government has yet to allay the fears of the possible misuse of this app, post-pandemic.

Amidst all this chaos, the fate of free and fair elections – the core of a successful democracy – has been kept hanging. Election is a money and labour intensive task, which derives its legitimacy from large voter participation. Presently, more than 70 national elections are scheduled for this year worldwide. As much as these elections are imperative for every nation’s political health, the traditional in-person voting method could be a potential health hazard for the world. Then, what options do such countries have?

Also Read: We Are Witnessing the Revolt of the Elites | Arjun Appadurai

One option is to postpone elections. This will not be the first time a country would have chosen to postpone elections amid a global emergency. The United Kingdom had postponed elections in both the World Wars, while New Zealand also postponed its national elections in World War II for two years. The postponement of elections would ensure social distancing, the only possible prophylactic to deal with the pandemic. However, to avoid its exploitation, the postponement period must have a sunset clause with no compromise on the system of checks and balances.

Based on data collated by International IDEA, almost 68 countries in the world have postponed their upcoming national and sub-national elections, along with referendums. Amongst them is India, which has put on hold elections to the upper house of parliament. Sri Lanka too has postponed its parliamentary elections.

But there are countries like United States of America and Poland that are unwilling to disrupt their election calendar because of the pandemic. In fact, the US held its elections even during both the world wars. Such countries must consider the adoption of voting methods involving minimal outdoor exposure. A remarkable case is the recently concluded elections in South Korea which adopted in-person voting under strict guidelines, that included scattered voting dates, different polling booths for voters with body temperature more than 99.5 Fahrenheit, compulsory use of mask and gloves, among other things. As a result, surprisingly, the country recorded its highest voter turnout, in 28 years, of 66.2%. Despite this, it must be noted that such an approach has the potential of risking the health of elderly voters – a significant section of the electorate. Therefore, foolproof  safety measures for them need to be ensured.

The most logical and less expensive option, in the current situation, seems to be internet voting. However, in times of spyware like Pegasus and advanced hacking technology, the votes could be prone to external/internal manipulation, compromising the purity of the elections. Other alternatives need to be explored.

Elections or no elections, democratic principles are under stress. Moving away from Locke’s ‘social contract’ and Rousseau’s ‘general will’, democracy now finds itself in a Hobbesian state, for people have willingly submitted themselves to the government in fear of the pandemic. Underlining this, Joseph Cannataci, the UN special rapporteur on right to privacy, has rightly observed, “Dictatorship often starts in the face of a threat”. Earlier it was the invisible and distant threat of terrorism that demanded obedience, now it is the threat of pandemic – a fear closer to home – that is pushing people to give away their rights on a platter. The question is for how long. The imposition of any kind of emergency, formal or informal, without an expiry date spells doom for democracy.

S.Y. Quraishi is former Chief Election Commissioner of India and a member of the Board of Advisers, International Institute of Democracy and Electoral Assistance, Stockholm.