The "hotspots" are Dilshad Garden and Nizamuddin in Delhi, Noida and Meerut in UP, Kasaragod and Pathanamthitta in Kerala, Mumbai and Pune in Maharashtra, Bhilwara in Rajasthan and Ahmedabad in Gujarat. 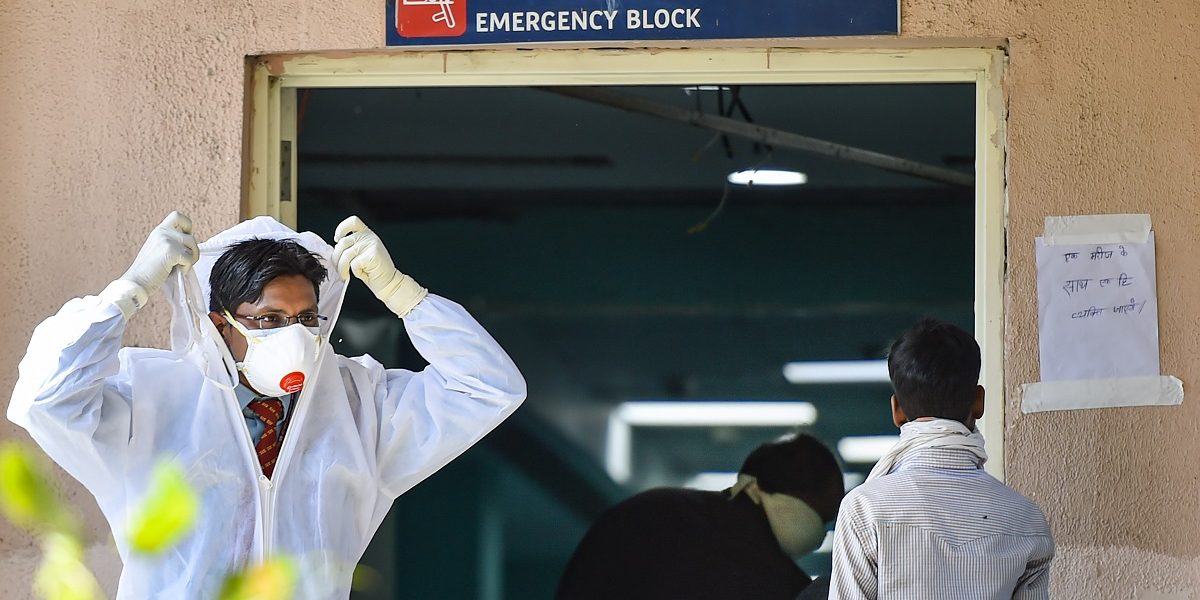 The beneficiaries of healthcare workers who died in the line of duty are to receive Rs 1 Crore as ex-gratita from the hospital. Photo: PTI/Ravi Choudhary

New Delhi: After there was a significant surge in the confirmed cases of the coronavirus infection on Monday, the government has decided to boost testing in 10 “hotspots”, or areas where “unusual” transmission of the virus has been observed.

“We are stepping up testing in the hotspots. But testing will be done only as per testing protocol,” a senior health ministry official told the Indian Express.

These “hotspots” are Dilshad Garden and Nizamuddin in Delhi, Noida and Meerut in Uttar Pradesh, Kasaragod and Pathanamthitta in Kerala, Mumbai and Pune in Maharashtra, Bhilwara in Rajasthan, and Ahmedabad in Gujarat.

India has reported 1,251 confirmed cases of COVID-19 so far, out of which, 101 people have recovered and 32 people have died. In the past 24 hours alone, 227 positive cases and seven deaths were reported. The total number of tests conducted till date stands at 38,432.

Defining a “hotspot”, a source in the Integrated Disease Surveillance Programme told the Indian Express, “Normally we define any area where there are more than 10 cases as a cluster. Places, where there are several clusters, are treated as hotspots. Sometimes the cases are localised, sometimes so widespread that the entire city has to be covered.”

The source added that Ahmedabad is an exception, as there have been just five confirmed cases of the disease, but three deaths. “Our assessment normally is that there are 100 cases for every death. That is why Ahmedabad is a hotspot in our list. Three deaths and five cases do not add up.”

Ministry of Health’s joint secretary Lav Agarwal had said on Monday that the government is “studying the emerging hotspots”. “We will follow rigorous surveillance and containment measures in these places. Only a ‘minuscule percentage’ of asymptomatic people have tested positive in the country,” he said.

The health ministry’s guidelines say that if the epidemiological assessment process is to take time (>12-24 hrs), then a containment zone of 3 km and a buffer zone of 7 km will be decided, “which may be subsequently revised, if required, based on epidemiologic investigation. Except for rural settings”.

In Delhi’s Nizamuddin area, a religious gathering was attended by people who had travelled to Indonesia and Malaysia. In Dilshad Garden area, a patient who had returned from Saudi Arabia passed the coronavirus to a Mohalla clinic doctor who came in contact with over 1,000 patients before being diagnosed.

In Meerut, a man with travel history to Dubai, travelled by public transport to visit his in-laws. He came in contact with his neighbours and his family too is suspected to have come in contact with many people.

In Mumbai, a hospital was closed down after an 85-year old urologist and his son tested positive. They are said to have come in contact with several other people.