There Can't Be Ambitious Climate Action Without Inclusive Data on Politics

The French gilet jaunes movement and mass protests in Ecuador have shown how inherently challenging it is to introduce policies that give rise to tough questions about what is fair and who should bear the costs. 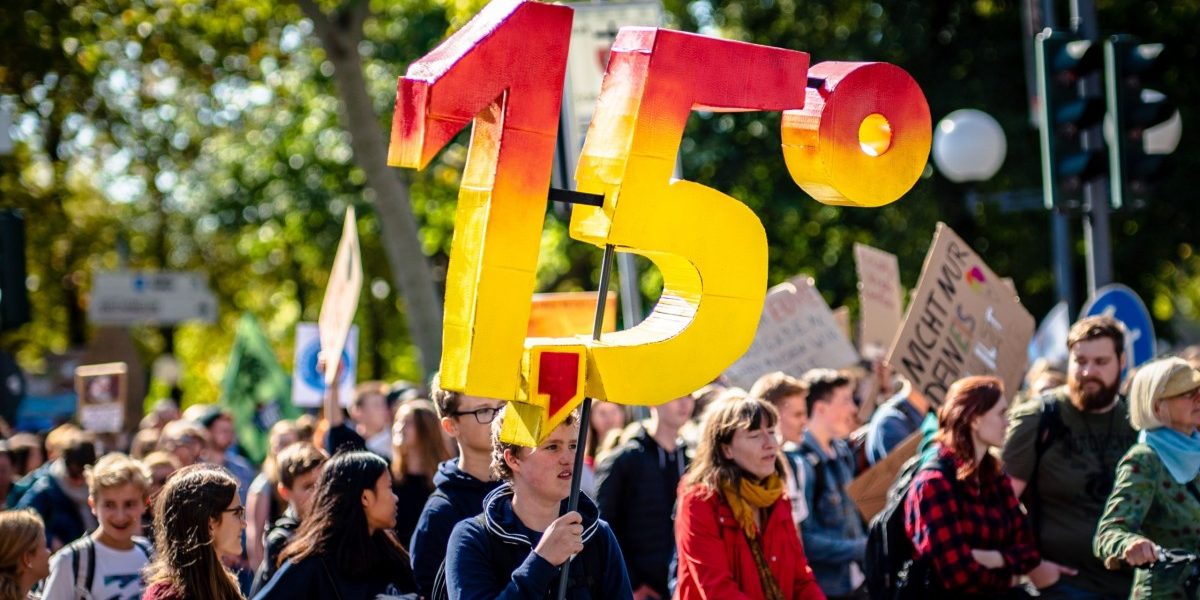 Efforts to address climate change are at a critical stage. All governments are to submit upgraded national commitments to international negotiations in November, and the next five years of implementation will determine if it is even possible for warming to remain within safe levels.

As governments and donors convene this winter at the COP26 meeting in Glasgow, at least one area that requires increased attention will centre on the following question: how can we better understand and navigate domestic politics and how it interacts with international processes?

In the field of energy, consider fossil fuel subsidies, which G20 governments committed to reform in 2009. Over a decade later, governments are still spending over $500 billion on fossil fuel production and consumption at home and abroad. Some progress has been made, but for every story of positive change, there is at least one of badly failed reform – from the French gilet jaunes movement, triggered by an attempt to remove diesel subsidies, to mass protests in Ecuador when fuel prices were hiked.

These experiences show how inherently challenging it is to introduce policies that have economy-wide effects, creating winners and losers, and giving rise to tough questions about what is fair and who should bear the costs.

One strategy to overcome this challenge has been to collect reliable data on political economy factors, to help design subsidy reforms. In political science, a common structure is to collect data on ideas, interests and institutions. For mass politics, this includes the subsets of society that will win and lose pre- and post-reform, the perceptions of stakeholders and voters – including existing knowledge of issues, values and preferences – and the role of social movements. For elite politics, it includes mapping those interest groups and political parties that have an interest in outcomes and influence over decision-making.

Another strategy is to adopt an inclusive approach. This means co-creating data and analysis with affected stakeholders, and giving them a voice in policy design – making them a part of the process, and not simply reducing them to a data point that can be measured and anticipated. Typically, this is most important for communities and interest groups that don’t have power, but do have a very large stake in fair outcomes, particularly poor households and workers.

In the case of energy subsidies, it has become common practice for governments and international development agencies to collect extensive data on the political economy of reform. But much less emphasis has been placed on inclusiveness in how data is produced and how policy is designed, due to the very sensitivity of the issue.

As a result, very little data is made publicly available, and little decision-making explicitly involves affected groups. Except for some work by NGOs and academia, such as attitudes to subsidies in India and Nigeria, robust data on political factors tends to be created for governments, and held close by governments. Genuine, meaningful engagement is rare.

In the short-term, this avoids controversy. But in the medium-term, it creates information asymmetries, impoverishing the quality of independent policy analysis and public debate. It can also undermine trust in policy processes and prevent cross-learning between countries.

What can we do?

In 2020 and 2021, the International Institute for Sustainable Development, an international think-tank convened a series of roundtables to bring together political scientists and policy practitioners from advanced and emerging economies. We found consensus that asymmetric information on politics is a major problem, particularly outside of North America and Europe, where far fewer independent efforts have been set up to track and share data.

Vested interests in fossil fuels are relatively clustered and have more than enough resources to inform lobbying and marketing. Other actors, however, are diffuse. They adapt their work to political constraints, but often based solely on expert judgement, because significant resources are required to generate more extensive data and analysis.

As pressure mounts to rapidly implement ambitious climate policy, we believe that a major joined-up effort is required to produce publicly available political data in an inclusive way – not just on issues like energy subsidies but also on major emerging themes such as just transition and going beyond coal, oil and gas.

This would need to be built on a service-based approach, identifying the biggest data demands from sustainability stakeholders in countries with the biggest data gaps. At the level of mass politics, this would lead to quantitative and qualitative data on people’s perceptions, values and preferences across major economies and across time. It would also involve creating distributional data on who wins and loses from energy transition, and how well this correlates with perceptions and concerns on justice and inequality.

At the level of elite politics, it would include better data on the role of lobbying by fossil-fuel interests when investments go bad – building on excellent existing tracking of lobbying in recovery packages, but broadening into emerging economies, which have some of the biggest risks with asset stranding. It would also include data on decision-making among state-owned enterprises, a key stakeholder in the energy sector in many emerging economies, which typically have strong mandates on social responsibility.

Finally, it would need to identify linkages between the domestic and international forces that end up influencing decision-making – the “who, what, when, where, why” of international commitments being taken seriously by domestic politics.

There are, of course, already limited efforts to address some of these challenges. But the scale seems insufficient in the face of the size of the problem, both in terms of the data that should ideally be collected and the efforts required for inclusive consultation and dissemination.

There are no magic bullets when addressing climate policy. But taking political factors more seriously, by addressing them in a more systematic way, and creating data and tools that empower sustainability advocates, will surely be a major step forward.

This op-ed is indebted to a series of joint discussions about politics and energy transition that took place in the latter half of 2020 between practitioners and political scientists working in India, Indonesia, South Africa, Switzerland, the UK and the US, and supported by the Geneva Science-Policy Interface (GSPI).

It is endorsed by all participating experts, including: Tobias Schmidt and Nicolas Schmid, the Energy Policy and Technologies Group at ETH Zurich; numerous colleagues from the International Institute for Sustainable Development (IISD); Anish Sugathan, the Indian Institute of Management Ahmedabad (IIMA); Elrika Hamdi, the Indonesia program of the Institute for Energy Economics and Financial Analysis (IEEFA); Johannes Urpelainen, the Initiative for Sustainable Energy Policy (ISEP); Nthabi Mohlakoana, the Stellenbosch Centre for Complex Systems in Transition (CST); and Neil McCulloch, The Policy Practice (TPP).