Pathankot pushed things into motion and the home ministry made things worse by adopting a blinkered approach that didn't take the views of other government departments on board. 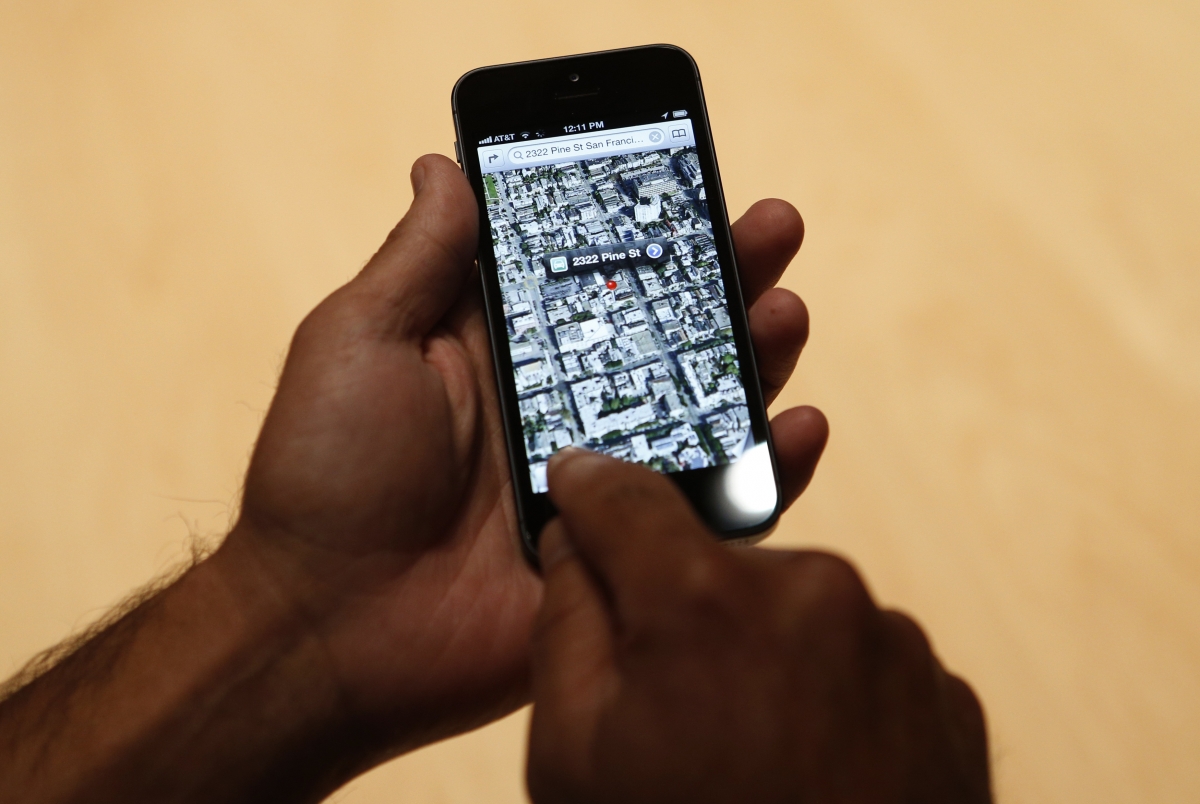 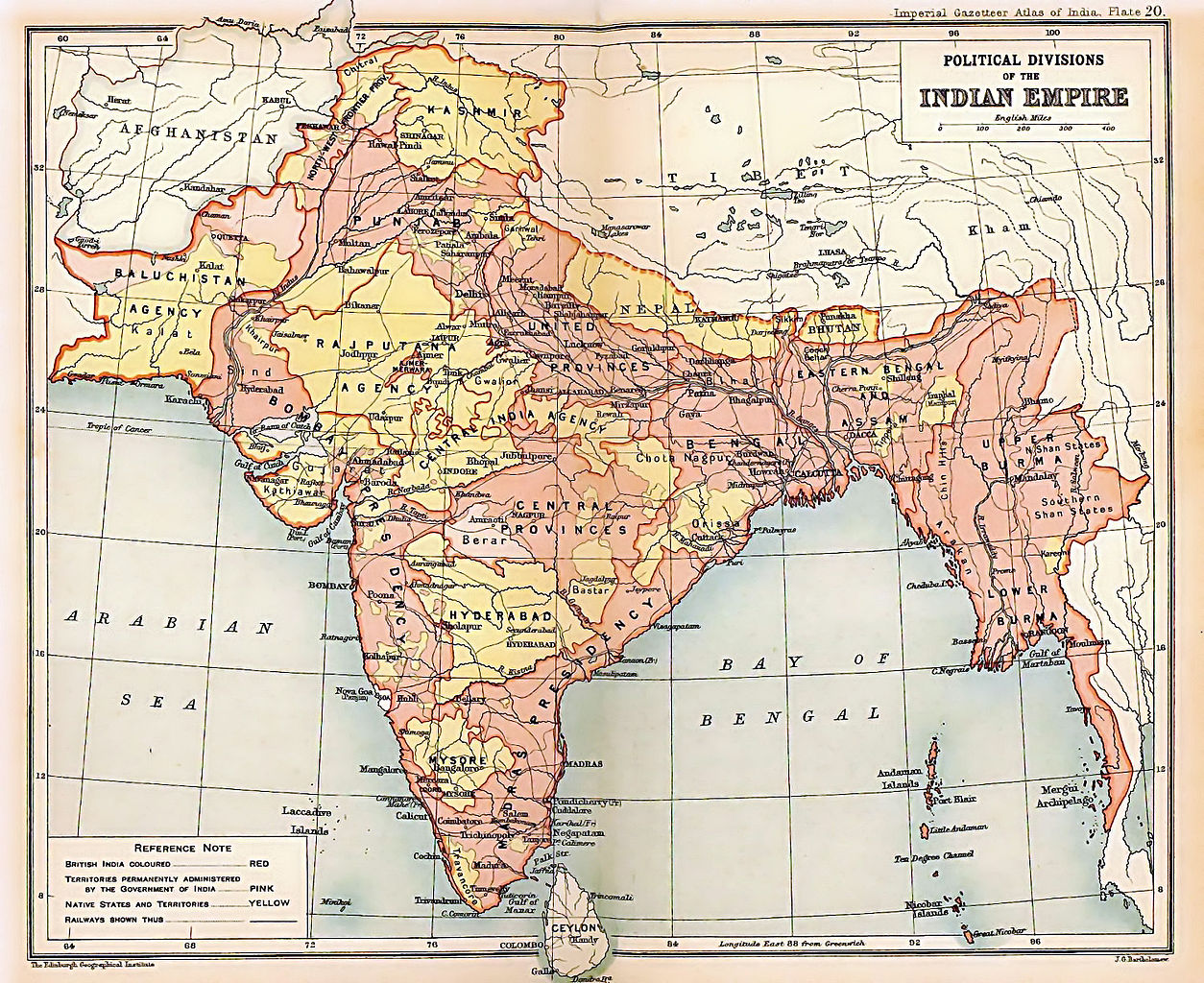 A map of India from 1909.  Credit: Wikimedia Commons

New Delhi: In the weeks after the January 2016 Pathankot attack, where a heavily armed group of terrorists attacked the Indian Air Force base, the role that Google Maps and digital geospatial information might have played in the attack started to receive a certain amount of entirely expected – if misguided – attention.

Legal cases against Google Maps and Google Earth were resurrected in the Delhi high court, and National Investigation Agency (NIA) officials started suspecting that the terrorists may have used the free online map service for planning and reconnaissance. The NIA’s final chargesheet specifically pointed a finger at the role that digital geospatial information played in helping plan the attack on the Pathankot airbase.

However, what followed from the Ministry of Home Affairs was a botched regulatory attempt that not only failed to take into account the geospatial industry’s views but also the perspectives of other government departments.

Bolstered by a long history of trying to maintain national sovereignty over India’s geospatial data – and propelled by the “need to do something after Pathankot”, as one senior government official told The Wire – a handful of home ministry officials with the help of some within the defence ministry redoubled long-standing efforts towards producing regulations that could curb the use of digital geospatial information.

The end result, a little over four months after the Pathankot attacks, was the extremely controversial draft Geospatial Information Regulation Bill (GIRB). Particularly contentious aspects of the GIRB included stiff fines and jail-time for individuals and companies that wrongly depicted India’s map (read: Kashmir), the introduction of a license-raj for the production of geospatial data and severe restrictions on the dissemination of geospatial data, effectively outlawing applications like Ola and Uber.

Who drafted, who didn’t

Industry and government officials The Wire spoke to pointed out that the sheer shortsightedness and overreach of the draft GIRB was indicative of how home ministry officials didn’t factor into account the approaches taken by the department of science and technology (DST), understand how the bill could negatively impact some of the Modi government’s key programmes, or even rope in the Survey of India (SoI) for helpful inputs.

“The bill came out from MHA, and was drafted by a small team of officials set up by Kiren Rijiju. But much of its initial framework comes from bureaucrats within the defence ministry. The MOD has had, for the last decade, a large number of grievances when it comes to mapping and geospatial data,” a senior industry executive, who declined to be identified, told The Wire.

The grudge that India’s defence establishment has had with technology such as Google Earth or Google Maps stretches back all the way till 2006.

Even now, in conversations that this correspondent had with bureaucrats in various government departments, most officials are quick to reference former president A.P.J. Abdul Kalam’s rather negative view with regard to Google Earth and India’s national security. Kalam had, in 2006, advocated new legislation that would allow the Indian government to regulate digital geospatial and web content.

Some portions of the 2016 draft GIRB can indeed, as industry watchers point out, be traced back to a proposed ‘India Survey Act (2007)’ that was in the works under the UPA-I government but never officially released, even as a draft bill. For instance, criminalising the inaccurate depiction of India’s boundaries, a key component of the draft GIRB, was an essential part of the still-born India Survey Act draft as well.

Sources point out that that’s where the similarities end. While the India Survey Act was largely limited in scope, it was also reportedly prepared by the department of science and technology (DST). Crucially, it also sought to empower the SoI, the nodal government agency in charge of mapping geospatial data.

This time, however, the home ministry, according to multiple people with direct knowledge of the matter, kept the DST and the SoI out of the loop while drafting most parts of the geospatial bill. While DST officials maintained, during interviews with The Wire, that they did give inputs, the department strangely released its own ‘National Geospatial Policy, 2016’ just days after the draft GIRB was made public. As observers have pointed out the DST’s policy paper seemed completely at odds with the home ministry’s draft legislation.

The Wire has also learned that the SoI played a negligible role in preparing the draft geospatial bill. In fact, the GIRB was sent to the SoI’s office just a handful of days before it was made public. This, as sources point out, ironically means that the SoI may have had almost as much advance notice as one Indian media organisation, which published the contents of the draft geospatial bill a day before it was posted in the public domain.

“Our hands are tied. While we agree with some things in the draft GIRB, we didn’t do much. While Pathankot may have been a trigger, there are simply many within the defence ministry who push for chances like this. It’s about issues of national sovereignty a lot more,” a senior SoI official, who declined to be identified, told The Wire.

How will the bill change?

Within days of the GIRB being made public, however, stakeholders and companies from India’s $2-billion geospatial industry flooded the home ministry, the earth sciences ministry and DST with loud and urgent feedback.

The geospatial industry – satellite-makers and launchers, online map companies, GPS providers – in particular through various  associations pushed forward and made representations to a small group of officials within India’s National Security Council (NSC). A few officials within the NSC later urged the home affairs ministry to tone the bill down.

What is the current thinking within the home affairs ministry and the NSC, with regard to how the bill could be changed? The Wire has learnt that the focus on Indian and foreign individuals will not find its way into the final geospatial bill, whenever it is taken up seriously again.

“The draft GIRB was worded in such a way that individuals would have to seek permission from authorities if they wished to share their location over an application like WhatsApp. But this overreach is likely to be gone. The wording, tone and phrasing will be much more clear and limited to the geospatial industry,” an industry executive familiar with the government’s thinking told The Wire.

However, with other aspects it’s not clear. Sources point out that the home affairs ministry was immediately willing to tone down the bill’s proposed penalties, such as reducing fines and perhaps even doing away with jail-time for company executives that wrongly depict India’s boundaries.

Within the geospatial industry itself, however, there are divisions. The head of an Indian mapping company, while acknowledging that the draft GIRB is flawed, also said he didn’t see “much wrong in asking companies to follow certain rules and in certain cases even getting permissions”.

“Why should it be a problem? Indian companies follow all the correct rules. It’s usually foreign companies that wrongly depict boundaries. They should fall in line right?,” the mapping company official told The Wire.

Satellite-makers in particular are bemused by the very premise of the draft GIRB. At the recent Geospatial World Forum in Hyderabad, a number of senior company officials privately scoffed over concerns raised by India’s defence ministry.

“How will this bill exactly protect further attacks on army bases like Pathankot? We put up satellites. We can take high-resolution images of Indian army bases and sell them to other governments. It’s almost impossible for the Indian government to stop this, unless you build Pathankot underground,” the head of a US-based satellite-imaging company told The Wire.

While the manner in which the draft GIRB was drafted, and even its core premise, is questionable, the threat of it becoming legislation any time soon appears to have largely disappeared. The home ministry did hold a public comment process, but it appears to have been shoved into cold storage after that.

A few government officials admitted that after that the post-Pathankot urgency faded, there was less pressure to quickly act against the potential dangers posed by digital geospatial information.

“It depends on two things. Firstly, whether a proper consensus can be evolved on what should finally make it into or what should be removed from the geospatial legislation. This means that more departments have to be properly involved in drafting. The other factor is to what extent MHA and defence ministry officials are willing to push forward and compromise just to get some form of geospatial regulation out there. Because of this, and the public backlash, there is a certain wariness,” a defence ministry official, who declined to be identified, told The Wire.

Industry observers point out that unlike the ill-fated draft encryption policy, the home ministry hasn’t come out and publicly said that the draft GIRB has been withdrawn and will be re-introduced at a later date. “We have given our submissions and feedback. Will it come out this year? They say it could possibly, but it’s difficult to know. It’s been over a year now since the encryption policy was withdrawn. If another terrorist attack happens, maybe it could speed things up again,” a senior industry official said.