Communal Harmony Is Very Important, But Maintaining Law and Order Even More Critical

Hate-mongers in the country would very much like to drive Muslims away from the mainstream into their own bubble. 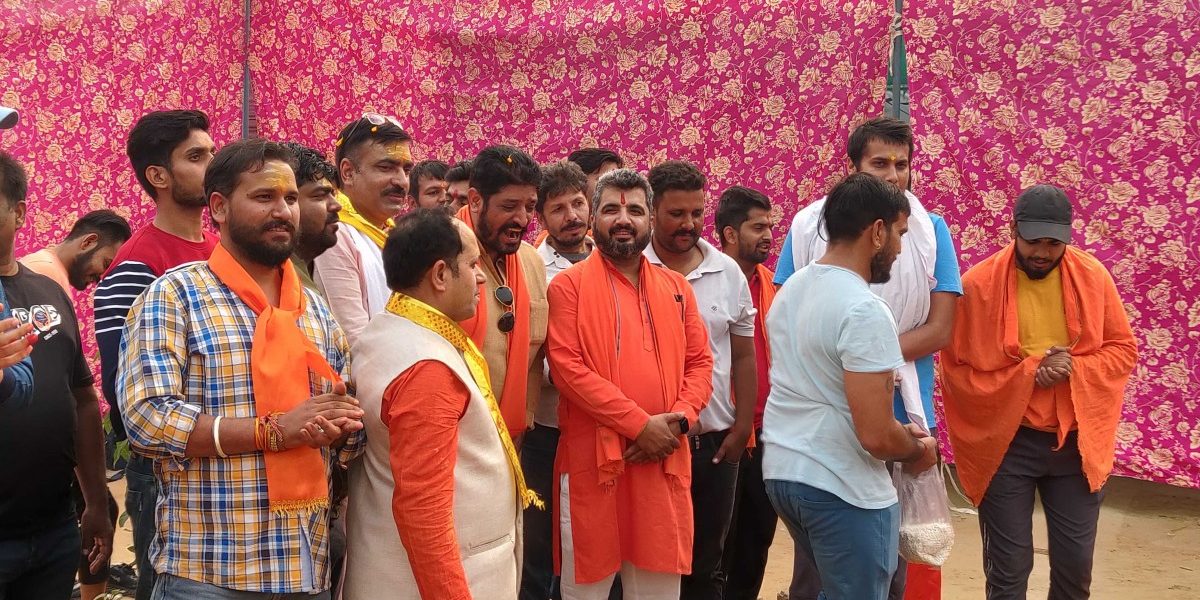 We the liberals profusely lament the demise of communal harmony, composite culture and the Ganga-Jamuni tehzeeb as we knew them, and rightly so. However, as a long-time administrator and an analyst of social phenomena, I must caution that far more important than our righteous indignation at the ‘curdling of the milk of communal amity’ is the absolute necessity of maintaining law and order at all costs. Indian society can survive without communal harmony, but not without communal peace.

Let us examine this in the context of the Gurugram protests in recent days over the holding namaz at a public place.

Those offering namaz at public places in Gurugram never contended that they had any legal right to do so but maintained that they were permitted by the administration for 37 places. Those opposing it argue that there was either no formal permission or that it was only for a specific period of time or just a day and in any case, was given unilaterally without consulting the local residents. Conceding their point and admitting their ‘mistake’, the administration subsequently withdrew permission in respect of eight places.

In Dr. M. Ismail Faruqui (1994), a three-judge bench of the Supreme Court had held that the right guaranteed under Article 25 of the Constitution of India did not extend to the right of worship at any and every place. The apex court held that though the offer of prayer or worship is a religious practice, its offering at every location where such prayers can be offered would not be an essential or integral part of such religious practice unless a particular place has a particular significance for that religion so as to form an essential or integral part of the religion.

In July 2018, the Jyoti Jagran Mandal challenged an order by the National Green Tribunal (NGT) denying it permission to hold a ‘jagran’ and ‘Mata Ki Chowki’ at a park in South-West Delhi. A Division Bench of the Supreme Court observed that “such religious activity” could not be held in public places. “We think that what the NGT has done is right,” Justice Nariman told the petitioner’s lawyer Fuzail Ayyubi. The NGT had noted that the public place was meant for the benefit of the residents of the area. The matter was referred to a Constitution Bench for a detailed order.

Before this in 2017, a division bench of the Bombay high court had ruled in the case of Dr. Mahesh Vijay Bedekar, “No one has fundamental right of offering prayers or worshiping on a street or footway by obstructing free flow of traffic as it is not an essential part of any religion.”

By the same logic and law, as reported by The Quint, the Govardhan pujas performed at Sector 12 (and probably at Sectors 18 and 47 also) previously ‘permitted’ for namaz by the administration on the same day (Friday, November 5), was also illegal because a public place was used for religious activity.

It was incumbent upon the administration to come clean on the subject and issue a detailed statement replete with a chronological record. They have miserably failed in that, thereby providing scope for people to misrepresent the facts and exacerbate tension.

More than protests per se, possible breach of law and order is of concern

Ostensibly, the protesters do not like the very sight of Muslims worshipping in their neighbourhood. Not liking someone is not an offence and the law cannot force anybody to love others or be tolerant or considerate towards them.

However, what they said in the context of the Govardhan puja did amount to offences.

In a programme by Yaqut Ali for The Wire, one Dinesh Bharati is found saying things about Islam which attract Sections 295A IPC (deliberate and malicious acts, intended to outrage religious feelings of any class by insulting its religion or religious beliefs) and Section 506 IPC (criminal intimidation) when he said that if there is namaz next, he would be found there with a sword. He also accused the entire Muslim community of using namaz for running a network for ‘love jihad’, conversion, and cow slaughter. This attracts Section 153A IPC (promoting enmity between different groups on grounds of religion, etc.). The ‘Goli maaro saalon ko’ slogan could, however, be technically overlooked because they did not name anybody specifically and used the vague ‘Hindu ke gaddaron ko’.

He says that five cases have been registered against him. My queries with Gurugram police failed to elicit the sections of law used. But, as they have obviously failed to contain him, this calls for applying more stringent laws. This is where the administration has failed. This will embolden them into doing graver things again and would eventually lead to a breakdown of law & order.

One of the bloodiest communal riots recorded in the history of modern India was the so-called Lat Bhairo riot in Benares (Varanasi) in 1809. Phil Robinson (1877) had pointed out that it was a Brahmin who had saved the life of an eight-year old boy of a murdered Mutwalli of a mosque. He planted himself between the child and the rioters and told them that they could kill him only on his dead body, thereby incurring the sin of Brahmhatya (murder of a Brahmin). The British honoured him in a public function. The British also thanked ‘the Raja of Banaras and the family of Mirza Jewan Bukht’ both holding high positions in their respective communities for ‘withholding their countenance to the rioters’.

Watch: Hindutva Leaders Are Now Turning Hindu Festivals Into a Weapon Against Muslims

One may call it a flash in the pan but communal hatred is now being manifested in so many forms and on so many pretexts that it is pointless to list them all. Assaults on people on the issue of transporting or consuming beef are passé. We have reached a situation where people pretend to take offence at advertisements or even the use of Urdu words like rivaaz in ads!

Tracing the origin and growth of the hatred can become a matter of academic debate. Personally, I feel that the horror that was the demolition of the Babri Masjid in 1992 was the turning point. We had handled communal riots before that too. There were flare ups alright but thereafter, no hostility, no bitterness; no festering wound remained between the two communities and life returned to normal quickly. That is gone since 1992. Now every small conflict becomes a wound that is not allowed to heal ever.

When I stated so on Twitter, someone insisted on taking it back to 1947. I told him that should they so desire, they could take it back to 712 AD (the invasion of Muhammad bin Qasim) also, it does not matter; what matters is that they hate them anyway.

The message being given day in and day out is that they don’t want to see their faces—forget about keeping any relations or social interaction with them. Given a chance, they would like to see the Muslims vanish from the face of Mother India or failing which, they must be forced to live in a ‘bubble’ or ‘quarantine’ where they do not ever cross paths with the hate-mongers.

Indian society could arguably still live with all this venom coursing through the veins of the body politic of the nation; however, if some people breach law and order or public order, that will spell doom.

This is not an alarmist vision – the simple fact is that now deadly firearms and bombs are available in much greater abundance with rioters and criminals than they were available in any other riot of the past.

As a former administrator, I must warn that the responsibility on the shoulders of the administration has never been heavier than it is today. If they fail — and so far the trends are indeed very depressing — we are in for some very bad times.

Dr N. C. Asthana is a retired IPS officer and a former DGP of Kerala. He has authored 49 books and 76 research papers. His latest work is ‘State Persecution of Minorities and Underprivileged in India’. He tweets @NcAsthana.