The main reason for the lack of spending is that the fund's board of trustees – led by finance minister Arun Jaitley – has met only twice since 2015. 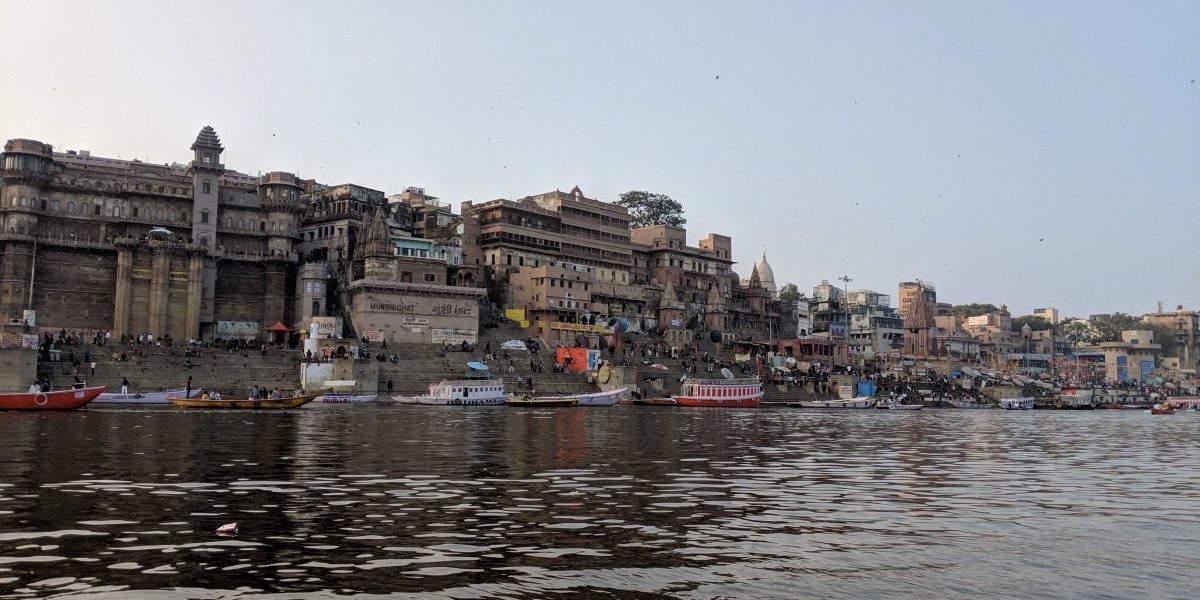 New Delhi: Only 18% of the total money collected under the Clean Ganga Fund (CGF) founded by the Narendra Modi government has been spent so far, a right to information (RTI) query filed by The Wire has revealed.

In September 2014, the Union cabinet had approved the formation of the CGF for Ganga cleaning. It was finally set up in January 2015, with the objective of collecting funds from the general public, as well as private and public sector companies, non-resident Indians and people of Indian origin.

The comptroller and auditor general’s (CAG’s) report on the National Mission for Clean Ganga (NMCG) cautioned that only a small portion of the amount received under the CGF has been spent. The CAG report stated that it was important to spend the CGF money in order to carry forward the task of Ganga cleaning.

The CAG advised the NMCG to draw out a plan for the growth and utilisation of the CGF. However, despite the CAG’s warning, only 18% of the CGF money was spent.

One big reason: no meetings of board of trustees

The job of the trust is to grant approval to projects for cleaning the Ganga under the CGF. However, documents obtained by The Wire through an RTI have revealed that there have been no meetings of the board of trustees. Because of this, there has been a delay in granting approval to projects and the fund is not being spent.

The Wire has obtained the minutes of these meetings, which reveal that meetings could not be held due to the unavailability of board members. As per regulations, the board is supposed to hold at least one meeting every three months.

The minutes of the meeting held on May 4, 2018, state, “After the meeting on 29/05/2015, attempts were made to hold meetings on 13 February and 28 February to be presided over by finance minister Arun Jaitley for CGF approval for projects, but it was not possible owing to administrative reasons.”

It further stated, “It is difficult to schedule meetings because of the busy schedule of the finance minister and other members of the board of trustees. The meeting cannot be held in the absence of minimum number of members required for it. Since a lot of money has been collected by the CGF, it is important to grant approval to projects for cleaning and preserving the Ganga and spend the money.” 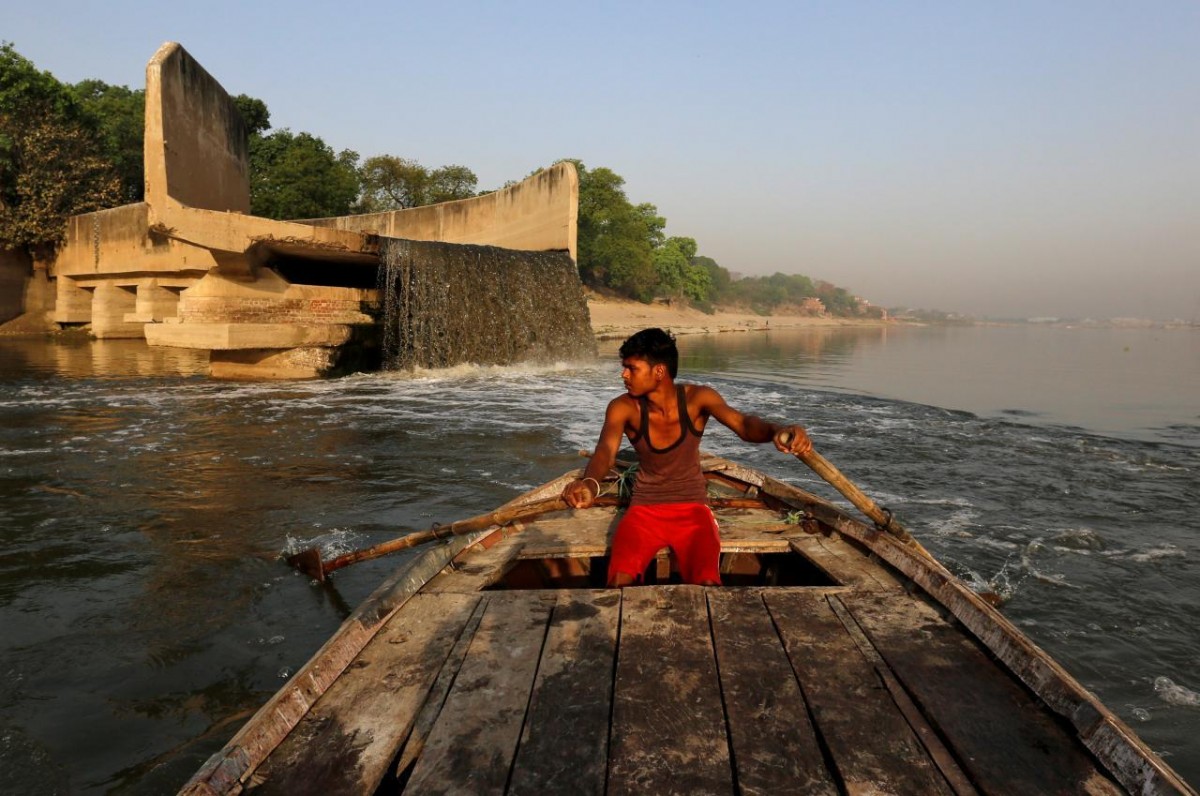 A boatman on the Ganga. Credit: Reuters

By the second meeting of the board on May 4, 2018, only Rs 29.99 lakh had been spent under the CGF. Expressing concern, the CAG said that very few meetings of the CGF board of trustees have been held and money is not being spent.

When asked for a comment by The Wire, senior consultant at the Department of Communication, NMCG, Sanjam Cheema said that since the director-general of the NMCG is currently on an official tour, they cannot provide an answer.

NRIs have contributed the least to the CGF

According to information obtained from the water ministry, PSUs have made the largest contribution to the CGF, amounting to Rs 202.31 crore or 83% of the total contribution. Private companies, on the other hand, have contributed Rs 26.12 crore, or 10.73%.

The lowest contribution to the CGF has been made by NRIs and PIOs. Overall, they have given Rs 3.89 crore, which is only 1.6% of the total contribution. Meanwhile, Indians have pitched in Rs 10.93 crore to the CGF.

One of the main objectives of the CGF was to enable Indians living abroad to contribute money. However, figures show that funds received from this particular community have been the lowest.

The CAG said in its 2017 report that since the NMCG has not established this fund abroad, the contribution of NRIs/PIOs has been minimal. The NMCG had responded to the CAG by saying that it is working with the Ministry of External Affairs to explore possibilities to set up the fund abroad.

Also read | Why Is Narendra Modi Allowing Nitin Gadkari to Destroy the Ganga?

In his budget speech on July 10, 2014, finance minister Arun Jaitley had said that the government would set up an NRI fund in order to boost the enthusiasm of NRIs and PIOs eager to contribute towards Ganga preservation.

The fact that the government is not spending CGF money despite concerns from several government and non-government organisations, including the CAG and the parliamentary committee on cleaning the Ganga and ensuring its unhindered flow, raises questions on the Modi government’s seriousness about cleaning the Ganga.

Projects sanctioned under the CGF

According to information obtained through an RTI, around Rs 87.84 crore from the CGF money is to be spent on afforestation along the banks of the Ganga in Uttarakhand, Uttar Pradesh, Jharkhand, Bihar and West Bengal in the financial year 2018-19. The projects are to be carried out by the state forest department.

In addition, Rs 19 crore has been allocated for the treatment of five drains – the Rajpura drain, Digha Ghat drain and Danapur Cantt drain in Patna, Laksar drain in Haridwar, and Nehru drain in Allahabad.

In addition to this, the CGF is also to be spent on the Gauri Kund Project run by the Uttarakhand Tourism Development Board.

Questions are being raised about the Modi government’s work towards cleaning the Ganga. Not a single meeting of the National Ganga Council headed by the prime minister has been held so far. As per regulations, the NGC should hold at least one meeting per year.

Also, the highest committee at the ministry level, the Empowered Task Force on River Ganga, has had only two meetings so far. The task force is supposed to hold at least four meetings in a year.

The parliamentary estimates committee headed by senior BJP leader Murli Manohar Joshi expressed grave disappointment over the progress on Ganga cleaning. It also recommended that the government expedite the work.

In October last year, The Wire had reported that the Ganga has not become any cleaner under the Modi government. In fact, the river’s contamination levels have increased at many places since 2013, even though Rs 5,523 crore was released for cleaning the Ganga between 2014 and June 2018. Of the funds released, Rs 3,867 crore has already been spent.

Apart from this, the Central Pollution Control Board (CPCB) under the environment ministry has found in its study that of the 39 places through which the Ganga passes, the river water was clean at only one place after the 2018 monsoon.

Following the directions of the Supreme Court, the CPCB had released a report titled ‘Ganga River Biological Water Quality Assessment (2017-18)‘ which stated that in about 37 out of 41 places in the Ganga’s path, water pollution was in the medium to severe category prior to the monsoon.