The Ministry of Home Affairs suspended the Lawyers Collective's registration on June 1. 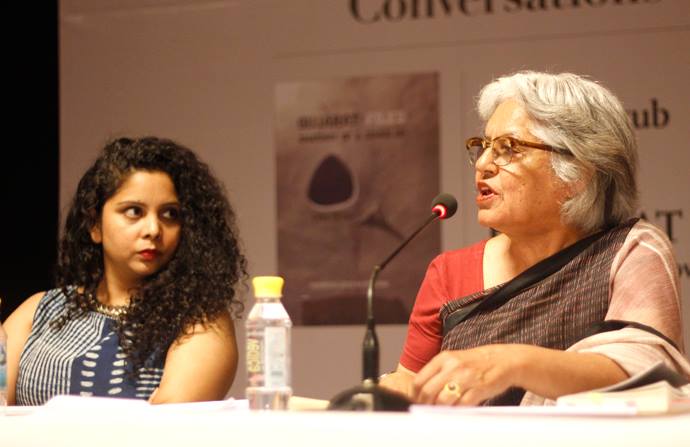 New Delhi: As many as 36 prominent civil rights organisations and institutions, and 185 prominent activists, social workers and individuals have collectively criticised the suspension of the Foreign Contribution Regulation Act (FCRA) registration of advocacy firm ‘Lawyers Collective (LC), founded by lawyers Indira Jaising and Anand Grover. The organisations and individuals have termed the FCRA suspension an attempt to persecute the LC “in order to obstruct the legal and human rights work being carried out by them”.

In a statement, organisations including Amnesty International India and Greenpeace India, and activists slammed the “mala fide and motivated manner in which the Ministry of Home Affairs, in a blatant violation of law, leaked the suspension notice to the press even before providing LC with a copy of the same”.

In a statement sent to the The Wire on June 2, Jaising noted that this was the second time that a notice from the home affairs ministry had appeared in the media even before it had been served upon the LC.

Jaising had also drawn an uncanny similarity in the timing of both notices.

“The first time a show cause notice was sent to the press was on the day when Anand Grover was to appear in the Bombay high court against the discharge of Amit Shah from the Sohrabuddin case, which was on November 22, 2015,” she pointed out.

And this time, she said the victimisation has become even more transparent as just a couple of days prior to the notice, she had on May 29 questioned the “illegal discharge” of Amit Shah from the Sohrabuddin murder case while speaking at a discussion during the release of Rana Ayyub’s book on Gujarat.

The civil liberty groups have also pointed to this aspect saying, “It is therefore no surprise that the targeting of LC and Jaising and Grover began subsequent to their legal representation and intervention in certain cases. Jaising and Grover have legally challenged the discharge of BJP’s national president Amit Shah who was an accused in the fake encounter case of Sohrabuddin Sheikh, his wife Kausar Bi and Tulsiram Prajapati. Jaising has represented Priya Pillai who challenged the Central government’s action of preventing her from attending a conference abroad and critiquing government’s policies on allowing corporations to acquire and mine lands belonging to farmers and others. Grover had represented Yakub Memon in challenging the death sentence awarded to him before the Supreme Court”.

The groups also added that there has been a “systematic campaign and abuse of the legal process by the Central government to malign Indira Jaising and Anand Grover as well as LC over the past six months”.

The suspension of the LC’s FCRA registration is nothing but an escalation of the government’s campaign to crush dissent and criminalise any person or organisation that questions or opposes the violation of fundamental rights and human rights by the state and its agencies, they insisted. The LC has in the past defended the cases of Priya Pillai, Teesta Setalvad and Yakub Memon, all of whom had in different ways been charged under the law by the state.

Drawing parallels with developments across the country in the two years of the Modi government, the groups said, “the motivated campaign and actions against LC fit neatly into the present government’s concerted campaign against marginalised and oppressed sections of society and any person, whether students, activists, academics or individuals who question the policies, actions and the abuse of power by the government”.

Pointing out the “exceptional profile” of Jaising and Grover when it came to public service, probity, and personal and professional integrity as lawyers and as human rights activists, the signatories said their work has received global recognition.

“Indira Jaising, has made an unparalleled contribution to law and jurisprudence on gender discrimination, whether relating to women’s right to property, sexual harassment at the workplace or domestic violence. She has also been a member of the CEDAW Committee. Anand Grover held the mandate of the UN Special Rapporteur on Right to Health between 2008 to 2014. He has made a tremendous contribution to the legal campaign against the criminalisation of homosexuality; rights of persons living with HIV; and access to medicine and healthcare. Jaising and Grover, through the LC have and continue to advance the rights of the most vulnerable and marginalised sections of society, thereby upholding constitutional values. Instead of recognising their invaluable contribution to the country and its people, the government is making all efforts to obstruct their work,” the statement said.

Adding that the message from the Centre was clear and chilling, that “the inevitable consequence of questioning or criticising the present government’s policies is repression and criminalisation”, the statement said this is reflected in the manner in which the home affairs ministry has displayed an unusual vindictiveness by ignoring the official responses sent by the LC and proceeding to suspend their FCRA registration.

Averring to the various grounds on which the FCRA registration has been suspended, the statement has recalled the LC’s response to each charge.

The statement in the end said, the allegations against the LC are “motivated, absurd and feeble, and display nothing but a desperate attempt by the government and MHA to persecute persons who are able to challenge and highlight the egregious violation of human rights that the present government is committing, condoning and is complicit in”.