The Government Is SLAPPing Down and Intimidating Central Information Commissioners

Orders passed by the CIC enforcing the citizen’s right to information now routinely end up in court with government bodies making the commission and its commissioners individual respondents. 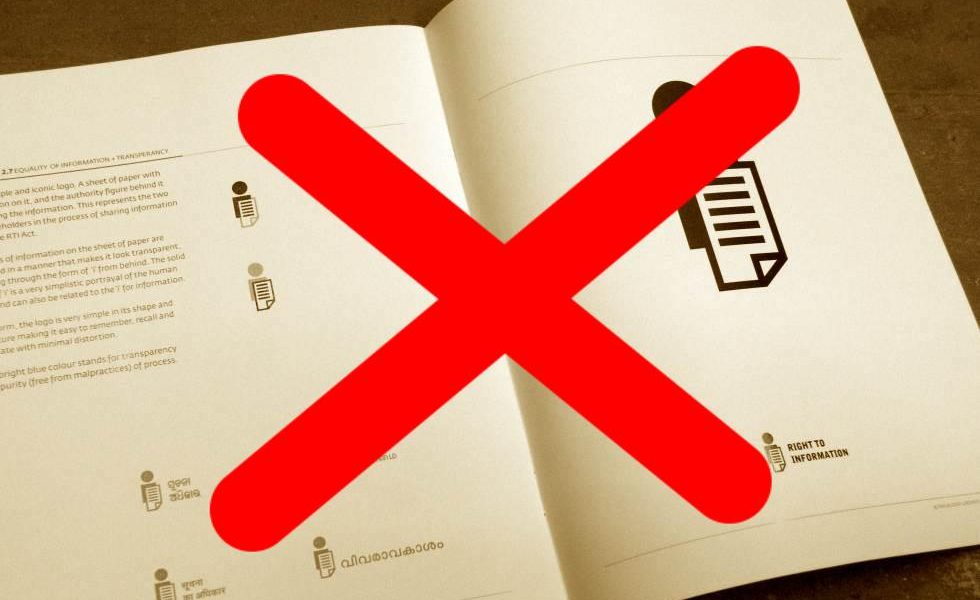 It is a high privilege to have been appointed Central Information Commissioner in November 2013, and I do remember how I was administered an oath of office (not accompanied by oath of secrecy) to deliver information justice without fear or favour. On November 21, 2018, I completed my five year term with satisfaction.

The best piece of legislation we have passed since becoming a republic – the Right to Information Act, 2005 – constituted an institution called the Central Information Commission with required independence and autonomy. It is supposed to act as an Information Tribunal to adjudicate second appeals without fear or favour. The reality is that information commissioners are being “legally” intimidated to prevent them discharging their legal duties.

There are around 1700 writ petitions, most of them, filed surprisingly and sadly by government Institutions like the government of India directly, or the Reserve Bank of India etc, impleading the Information Commission/er for acting under the RTI Act.

I agree that the constitutional courts have the authority of judicial review, including of the orders of the CIC. But can the government routinely make the CIC  ‘respondent number one’ in every such writ petition?  Consider the latest instance: two writ petitions were filed by the RBI making the CIC respondent number one, for ordering it to implement the orders of the Supreme Court – which confirmed the orders of the CIC for disclosure of wilful defaulters of banks, etc in 11 second appeals in 2011. This, just to protect the names of those rich men and bodies, who duped India and Indians to the tune of lakhs of crores of rupees. Interestingly, the RBI also chose to challenge the order of the CIC questioning the CIC for asking them to give details of foreign donations received by local NGOs. For the RBI, these are issues of national security!

There is a trend the world over of filing a SLAPP suit ­–  legal action undertaken or threatened to make the target stop any public activities in opposition to the interests of the person or organisation bringing the suit.

The acronym stands for Strategic Litigation Against Public Participation. It is a type of frivolous lawsuit, not necessarily undertaken to be won, but to intimidate the target into ceasing activities such as speaking out against an organisation or petitioning the government to protect the public from its practices. Here the target is the CIC..

Unfortunately, government bodies are SLAPPing writ petitions left, right and centre against the CIC. The ultimate party affected is, of course, the ordinary citizens, whose right to ask for information is  embodied in the RTI Act. Government offices want their ‘rights’ to be protected from the Information Commission created by the Union of India as per the will of parliament.

As Central Information Commissioner, I too have been feeling intimidated by the hundreds of writ petitions filed by the public authorities, just because of my decisions, as per the RTI Act, ordering disclosure of information buried under sarkari files.

Let me give an example. In one case, I have ordered disclosure of the degree related information of Prime Minister Narendra Modi, who claimed that he obtained a BA from Delhi University and an MA from Gujarat University in his official website and election affidavits.

In those cases, I was personally made ‘respondent’ by Gujarat University, and the additional solicitor general travelled all the way from Delhi to Ahmadabad not to defend me but to fight my order. Interestingly I received three notices for that single order – firstly as M. Sridhar Acharyulu individually, secondly as M. Sridhar Acharyulu, information commissioner, and thirdly as the Central Information Commission – for asking the PMO to provide the reference numbers of his degree to Delhi University so that the latter could search for details. The Union of India, of which  the CIC is a part, challenged this order of the CIC by saying that the educational qualifications of a public servant is his private information and its disclosure will cause unwarranted invasion of his privacy.

I was happy that Gujarat University complied with my order and gave the details of the prime minister’s post-graduation details. But I was surprised when the same Gujarat University turned around and filed a writ petition seeking a stay against my order, and further surprised to know that the Gujarat high court in its wisdom granted a stay on my order.

My only question is, when I, as CIC, was part of the Union of India, and when the Union of India itself fights my order, who will defend me? If I am respondent number one, two and three, how do I defend myself in three capacities? Is this not ‘legal’ intimidation against the functioning of a statutory body created to enforce the constitutional right to information, which is proclaimed to be part of a citizen’s fundamental right under Article 19(1)(a) of our constitution? It appears to me as if the writing is on the wall- “Mr Commissioner, Don’t order the disclosure of information. You will be SLAPPed thrice for one order”.  I may be pardoned for asking if this is not abuse of the right to privacy by a top public office. Is this question unconstitutional?

There are several great judgments of the Supreme Court which say that if a tribunal gives an order, its legality can be challenged but that tribunal should not be made a party. I do not know why this constitutional point is routinely ignored by the luminaries in government while making the CIC a respondent in these writs.

As a student of law I never imagined a situation where district court is made a party in an appeal before the high court and high court and a judge is made respondent. Fortunately, the Supreme Court is the country’s final judicial authority. Were this not so, and if the method adopted against the CIC were to be generalised, the Supreme Court and its judges might one day emerge as respondents in cases slapped by the government. This unconstitutional practice has resulted in an unprecedented situation like “Union of India vs Union of India”, i.e., Union of India representing a particular department vs Union of India, representing CIC”.

I appeal to the President of India to save the Right to Information of the people from SLAPPs and protect the independence of the CIC from these swarming threat (writ) petitions by governmental bodies and illegal amendments to RTI.

M. Sridhar Acharyulu was a Central Information Commissioner from November 22, 2013 to November 21, 2018.

This article has been adapted by The Wire from the letter Mr Achyarulu wrote to the President of India on December 4, 2018.