A man takes care of his child while sitting on a pavement during the national lockdown, in New Delhi. Photo: PTI/Arun Sharma

New Delhi: Noting that millions of people have suffered loss of livelihood during the COVID-19 lockdown, civil rights group Satark Nagrik Sangathan (SNS) has written to the Chief Information Commissioner Bimal Julka to prioritise the hearing of cases dealing with information related to life and liberty of citizens, especially in matters regarding food distribution, social security and health at the Central Information Commission.

In a letter, the Sangathan has urged that these appeals and complaints must be taken up first in a time-bound manner by the CIC for hearing and disposal. It said: “For millions of people, government schemes and programs related to food distribution, health care, disbursal of wages and pensions are the only lifelines at a time when there has been large scale and sudden loss of livelihood.”

Pointing out that “transparency in the functioning of these programs is key to ensure that people are able to access their rights,” rights activists Anjali Bhardwaj and Amrita Johri pointed out on behalf of the organisation that therefore “it is absolutely crucial that information related to relief measures announced by governments be widely disseminated to enable people, especially the poorest and most marginalised, to access their rights and survive in these difficult times.”

The letter also demanded that information about money received and disbursed under various relief funds, including the PM-CARES Fund and the Lt. Governor/Chief Minister Relief Fund, must be pro-actively disclosed to enable public scrutiny. It added that “effective dissemination of relevant information is essential to ensure money is spent on the most pressing priority needs during the current crisis”.

The letter also urged Julka to take cognisance of the need for suo motu information disclosure and direct concerned public authorities to disseminate relevant information under Section 4 of the RTI Act in the local language and in the most accessible manner. 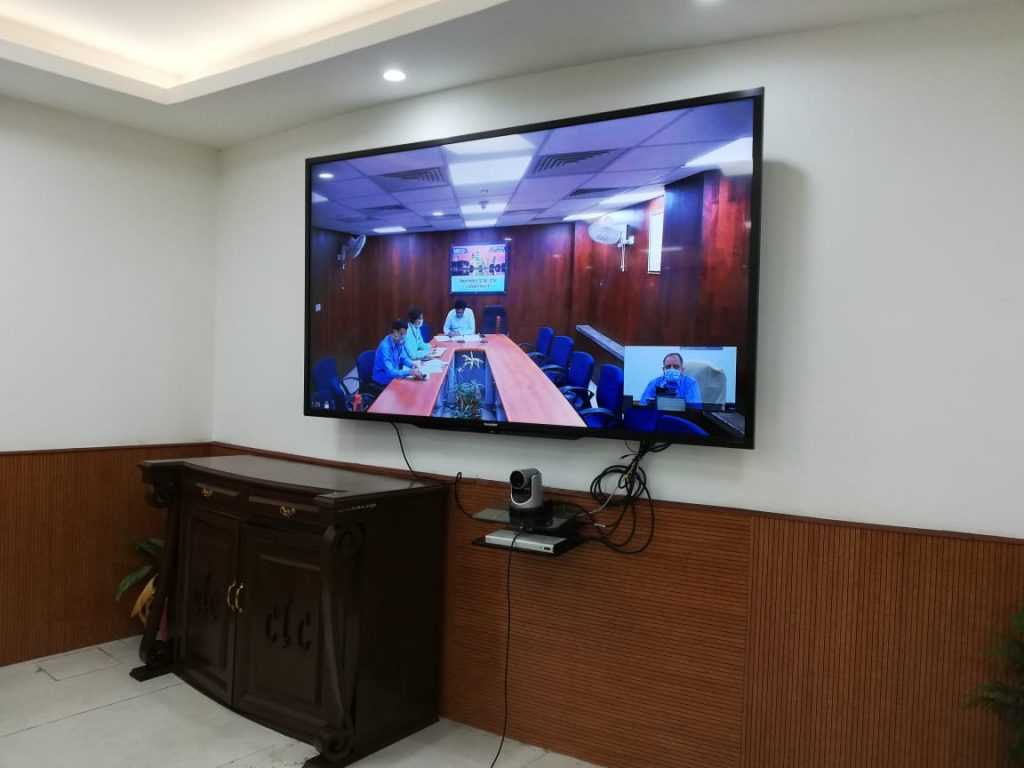 The CIC is hearing cases through audio-video tools to tide over the mounting pendency. Photo: CIC

It acknowledged that several information commissioners in the CIC have resumed hearings via video and audio calls while others would be following suit from April 20. It said “to cope with the crisis, it is absolutely crucial that all relevant information related to relief measures announced by governments be widely disseminated. Without transparency, these measures are unlikely to be successful. Unless the intended beneficiaries have knowledge about the details of various schemes and programs available for them, they will not be able to access the services and entitlements, which could help them tide over these difficult times.”

In this regard, the letter made a reference to the Public Distribution System in particular. Incidentally, SNS has been at the forefront of pointing out shortcomings in the functioning of fair price shops and the PDS in Delhi ever since the lockdown began. It has also been a part of the right to food campaign that has been striving for universalisation of the PDS system across the country.

‘Put all information about PDS in public domain’

With regard to the PDS, the SNS letter demanded that “there must be information in the public domain” about all the crucial elements. “The list of all ration shops with phone numbers and addresses; shop-wise list of beneficiaries entitled to get free rations with their contact details; stock position of all shops in real-time; and details about distribution of rations,” it said, should all be made known to the public.

“In the absence of this information, ground reports have revealed that ration shop keepers have been keeping their shops closed on the pretext that they have no rations, even though ration stocks have been supplied to them. This is equally true for delivery of other social security, health and basic services,” it highlighted.

The SNS also suggested that since people’s mobility has been restricted during the lockdown, information must be made available on government websites and widely disseminated through SMS, WhatsApp, public announcements and at points of disbursal such as ration shops, banks and hospitals. “Access to information is the only way to ensure that people, especially the poorest and most marginalised who are worst hit by the COVID 19 pandemic, are able to access their rights and survive these difficult times,” it said.