The committee also overlooked the most senior central information commissioner for the post of CIC chief. 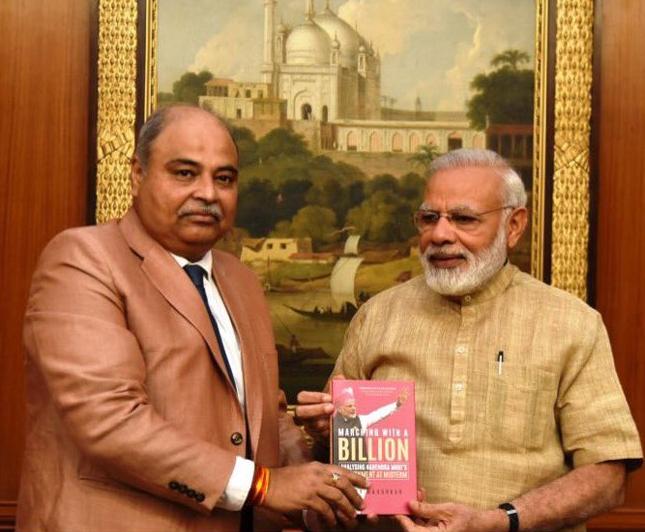 During the October 24 meeting of the high-powered selection committee chaired by Prime Minister Narendra Modi, Chowdhury, who represents the opposition on the panel, accused the committee of ignoring the Supreme Court’s directions to make public the criteria for shortlisting candidates.

Raising questions on the selection process, he said the search committee had failed to provide its recommendations to the selection committee in advance. It has been reported that he termed the shortlisting process “nothing but an empty formality aimed at carrying out a hog-wash that defeats the very aim and goal of transparency and accountability that the RTI Act envisages.”

As the Centre pressed for Sinha’s name for the post of the chief of the CIC, Chowdhury opposed it on the ground that Sarna is senior to him. He also insisted that head of the Commission should have better “on-ground” domestic experience. He insisted that Sinha “lacks on-ground domestic experience and Vanjana Sarna is the senior Information Commissioner in the commission”.

Ahead of the meeting, the search Committee had provided the names of only two candidates for the post – they were Sinha and former IAS officer and information commissioner Neeraj Kumar Gupta.

Also read: Vacancies, Pending Cases Threaten to Take the Wind Out of RTI’s Sails as it Turns 15

In the case of information commissioners, seven names were proposed by the search committee. Chowdhury was critical of this too and submitted a dissent note saying it was “appalling” that the search committee “failed” to provide reasons on how it found these candidates more suitable than the rest.

Chowdhury also vehemently opposed Mahurkar for the post of information commissioner, saying his name did not figure among the 355 applicants and had been “skydropped”. He also charged that Mahurkar, a senior deputy editor with India Today, was “an open supporter of the ruling political party and its ideology”.

In 2017 Mahurkar had authored a book, Marching with a Billion, that was a commentary on the model of Narendra Modi’s governance as prime minister.

In this petition, filed by the petitioners who had in 2018 filed a writ petition to highlight the issue of delayed or non-appointment of Information Commissioners to the CIC and SICs, it was stated that with the retirement of the Chief of Central Information Commission on August 26, 2020 and another commissioner demitting office in the end of September, 2020, as many as six posts, including that of the chief, were lying vacant and the pendency of appeals and complaints in the panel had risen to over 36,600.

In response to the issue of advertisement by the Department of Personnel and Training under the Prime Minister’s Office, 139 people had applied for the post of CIC and 355 for the post of Information Commissioners.