Thirteen others were injured in the explosion which was triggered between Kanhargaon and Kadenar villages. 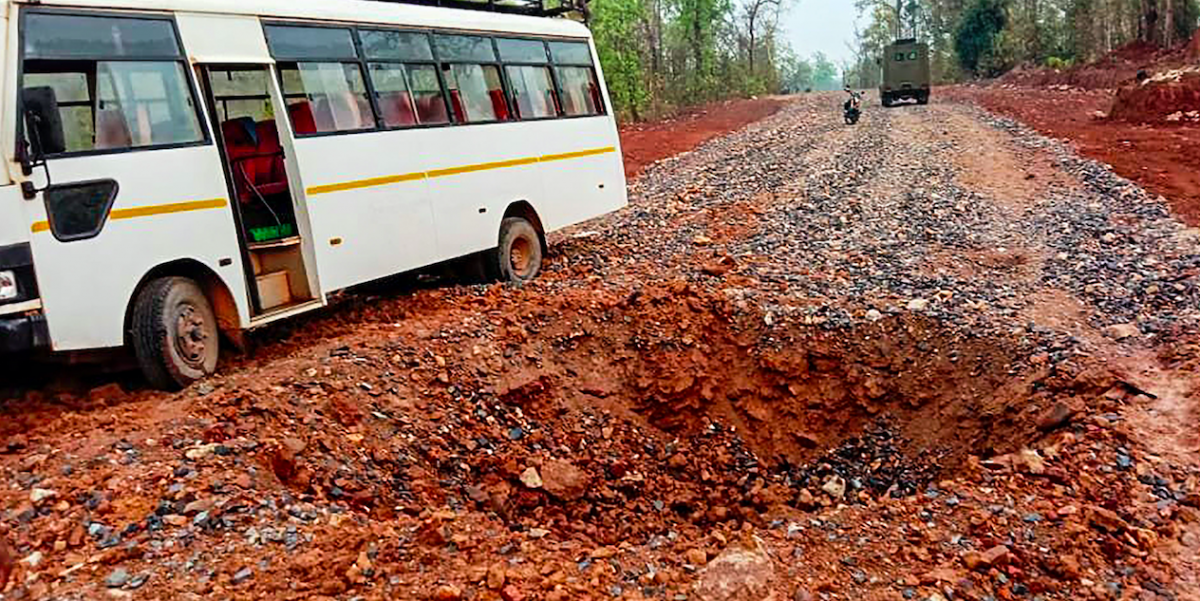 Raipur: Five security personnel were killed and 13 others injured as Maoists blew up the bus in which they were traveling in Chhattisgarh’s Narayanpur district on Tuesday, senior police officials said.

Personnel of the police’s District Reserve Guard (DRG) were returning in the bus to Naryanpur town, 300 km away from capital Raipur, after a counter-insurgency operation, said Inspector General of Police (Bastar range) Sundarraj P.

“Five DRG personnel, including the driver, were killed in the explosion,” he told PTI.

Reinforcement was rushed to the spot and bodies and injured personnel were evacuated from the forest.

The injured personnel are being airlifted to Raipur in an Indian Air Force chopper for treatment, the IG added.

Earlier while confirming the incident, state’s Director General of Police D M Awasthi had said over 20 security personnel were onboard the bus.

The bus was passing along the under-construction Barsoor-Palli road which is surrounded by dense forest of Abhujmad when Maoists triggered a landmine blast near a culvert, said a police official.

The impact was such that the bus fell off the culvert.

This was the second major Maoist attack on DRG personnel – the frontline anti-Maoist force of the state police – in the span of one year.

The DRG personnel are recruited from among local youth and surrendered Maoists in Bastar division.

On March 21, 2020, 17 security personnel, including 12 from DRG, were killed in a Maoist ambush in Sukma district of the region.