Centre's Flawed Vaccination Policy Will Turn States Against Each Other

When full throttle needed to be pressed on the vaccination drive, the Centre has deserted the states and left them to fend for themselves. 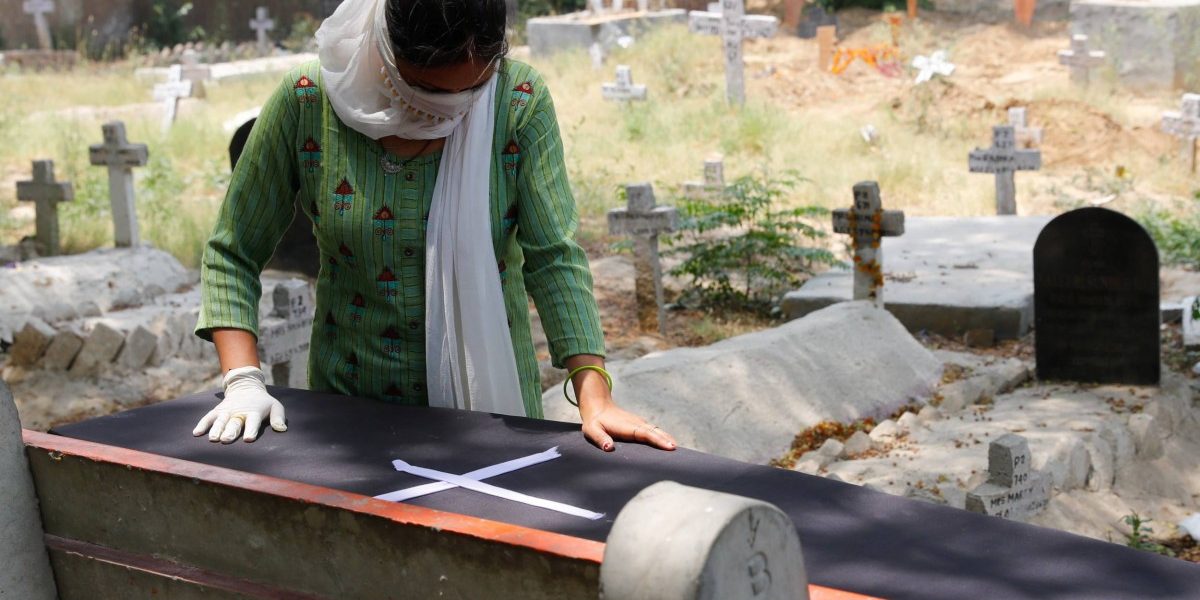 A relative mourns as she stands next to the coffin of a person who died from the coronavirus disease (COVID-19), before the burial at a graveyard in New Delhi, India, April 29, 2021. Photo: Reuters/Adnan Abidi

The past year has gone by like a breeze for those who haven’t been affected by this deadly outbreak. For others, it has been one of anguish, disappointment and helplessness. However, governments cannot afford to act helpless at this juncture. Even if one analyses the current situation apolitically, the Central government seems to be shedding its own responsibility.

I have always been an ardent student of the constitution and have always viewed and lauded the spirit of federalism with respect. India has worked together for all its years of existence to reach where it is today. When the Central government should have been upping its game and rising to the occasion, it seems to be getting relegated to being a ringside observer. The vaccination drive has been considered by the experts to be the most effective fight against COVID-19. A batsman when he crosses a century has his eyes set, timing in order and placement immaculate. More than 100 days into the vaccination drive and we seem to be heading nowhere. At this juncture, can a government afford to retire hurt and clueless?

All key parameters in the fight against this deadly virus are under the jurisdiction of the Centre. Who to procure vaccines from? What quantity to procure? At what price? How much to export? So are the guidelines for vaccination, distribution strategy and a detailed national plan. When the virus struck our country last year, we were caught unprepared. But it has been 14 months since. Seven months since the experts warned us of a second COVID-19 wave. Three months since central budget allocations were presented to us. Patience is running out in all of us. Questions will be raised and answers will be sought. More so on the preparedness.

The Central government has more tools, controls and resources to tackle an emergency like this. The PM-CARES fund was launched last year for this specific purpose, the government had enough information regarding all approved vaccines in the world and advice from experts to have a comprehensive COVID-19 allocation in this year’s Union budget. The response has been badly lacklustre as this government has been reactive, to say the least.

After 100+ days of vaccination drive, more than 14 crore people have been vaccinated with only 10% of them having received both doses. When full throttle needed to be pressed on the vaccination drive, the Centre has deserted the states and left them to fend for themselves. This is a result of their unpreparedness. Their planning will be brought into question.

There are three very important questions that the Centre needs to answer:

The rates set by vaccine producers are different for the Centre and the states too, and the Centre stays mum about it. Is this the federalism that we have all been so proud of? Should the Centre not have intervened? It is not only the fiscal burden that states are being made to go through. It is also to do with the vaccination planning. Each state will now have to build its own strategy, arrange its own funds, use its own influence to get the vaccine stocks. And all of this information was conveyed all of a sudden.

Will the states get a pie of the Rs 35,000 crore fund for the vaccination drive? What portion of the PM-CARES fund will be transferred to the states? Also, this entire initiative will stack the states against one another – fighting to stock vaccines to save its own citizens. What gets lost is that they are all citizens of one nation. Who bears the responsibility of tying all the states together? It is the Centre. When it comes to protecting people from being exploited, bringing in competition helps. But when it is about life or death and basic rights, competition self-destructs.

Gourav Vallabh is national spokesperson of the Indian National Congress.