The CAG report would be examined by the Public Accounts Committee once it is ready, the government has said, seeking a 'correction' in the judgment.

File photo of members of the Congress party during a protest calling for a probe into the Rafale fighter planes deal with France. Credit: Ajay Verma/Reuters

New Delhi: The Narendra Modi government on Saturday said that the Supreme Court misinterpreted the reference to a CAG report on the Rafale deal that it had submitted in a sealed cover. In an affidavit submitted to the apex court on Saturday morning, it said there was a grammatical typographical error in the verdict and asked for a necessary correction.

The affidavit, a copy of which was also sent to each of the petitioners, claimed that the “error” appeared to have occurred “perhaps on account of misinterpretation of a couple of sentences in a note handed over to this Hon’ble Court in a sealed cover”. The court had misinterpreted the usage of tenses, the government said.

In its verdict on Friday, the Supreme Court claimed that a CAG report on the Rafale’s pricing had been made public and examined by the Public Accounts Committee, a statement that was denied swiftly by Congress MP Mallikarajun Kharge, chairman of the parliamentary panel.

The pricing details have, however, been shared with the Comptroller and Auditor General (hereinafter referred to as“CAG”), and the report of the CAG has been examined by the Public Accounts Committee (hereafter referred to as “PAC”). Only a redacted portion of the report was placed before the Parliament, and is in public domain. (Emphasis added)

The government claimed that in the sealed cover, it had stated:

The Government has already shared the pricing details with the CAG. The report of the CAG is examined by the PAC. Only a redacted version of the report is placed before the Parliament and in public domain.” (Emphasis added)

In the affidavit, the Centre said that it was “factually correct” that the pricing details have been shared with the CAG. However, the statement that the “CAG’s report would be is examined by the PAC” was a “description of the procedure which is followed in the normal course”, it said. This would happen once the CAG’s report is ready.

Similarly, a redacted version would be placed in parliament once the PAC has examined it, the Centre said.

“That, unfortunately, an element of misrepresentation of the statement made in the note/bullet points handed over on behalf of the Union of India in the sealed cover, appears to have crept in. This has also resulted in a controversy being raised in the public domain,” the affidavit states.

It therefore sought that “corrections” be made in paragraph 25 of the judgment so that any “doubts or misunderstanding” is not allowed to creep in.

It may be recalled that the members of the PAC had stated that no such CAG report had been examined by them.

Also Read: Here’s Why the Supreme Court’s Rafale Verdict is Not a ‘Clean Chit’ for Modi

Speaking to The Wire, two members of the PAC — BJD MP Bhartruhari Mahtab and Congress MP Rajeev Gowda — denied the report had been shared with the panel.

On Friday evening, petitioner Prashant Bhushan said facts in this regard were “neither on record nor factually correct”.

“Obviously this factually incorrect statement must be based on some communication (not on record and unknown to us) made by the government to the court. That the court has relied on such communication which is factually incorrect on 3 counts shows how dangerous it is for the court to rely on statements made in a sealed cover (not subject to scrutiny or verification) and give its judgement on that basis,” Bhushan alleged. 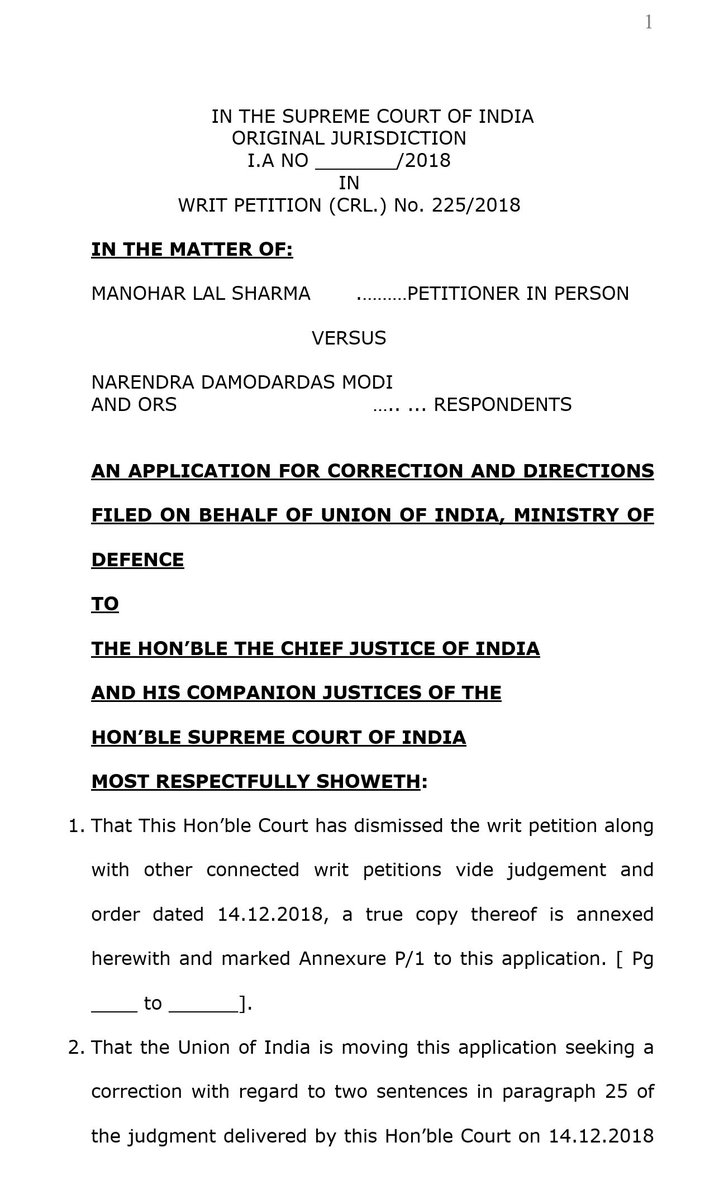 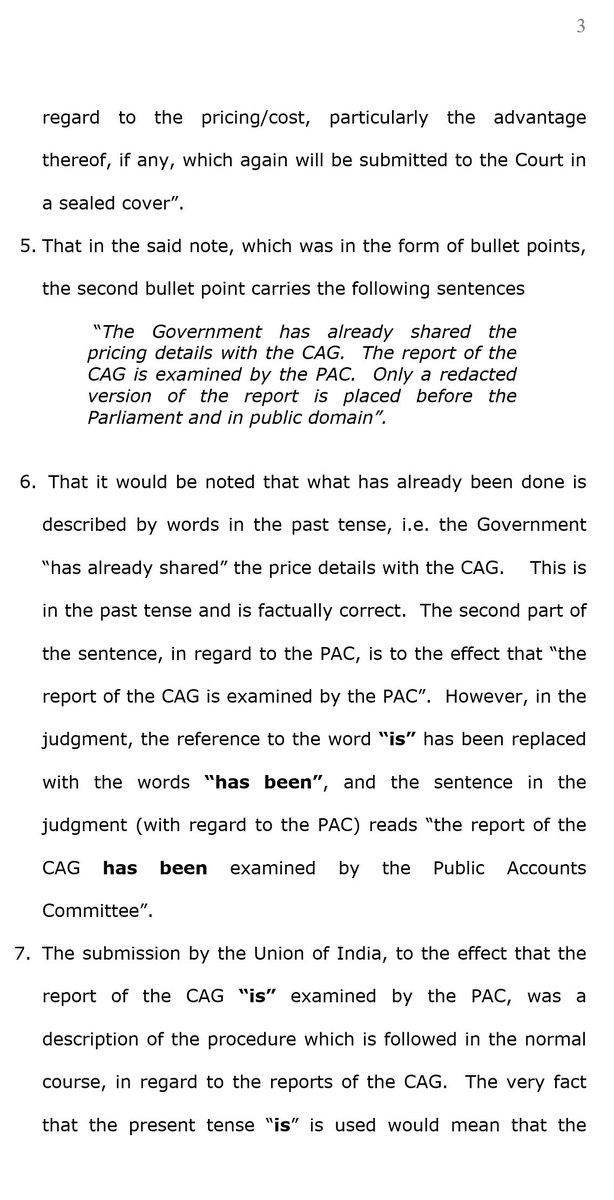