Centre Invites Five Farmer Leaders To Be Part of Panel To Discuss MSP, Other Issues

The Samyukt Kisan Morcha said it has not decided who will be recommended to be part of the committee and a decision will be taken at its meeting on December 4. 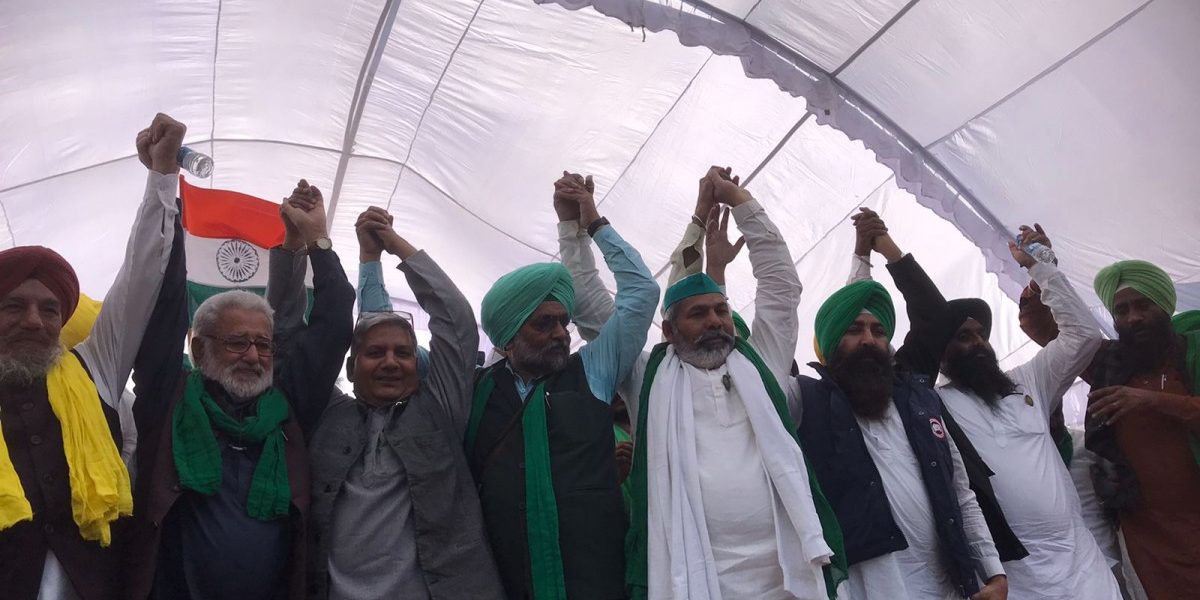 New Delhi: The Union government has asked for five names from the Samkyukt Kisan Morcha (SKM) to be included in a committee that will deliberate a host of issues, the umbrella body of farmer unions said on Tuesday.

SKM has not decided who will be recommended and a decision will be taken at its meeting on December 4, farmer leader Darshan Pal told news agency PTI.

Earlier this month, Prime Minister Narendra Modi had announced that a committee would be formed to take decisions on the subjects of promoting zero budgeting-based agriculture, changing crop patterns as per the changing needs of the country, and making minimum support price (MSP) more effective and transparent.

He announced this during his address to the nation in which he also stated that the government has decided to repeal the three farm laws, which were at the centre of protests by farmers for the past year.

The prime minister had said the committee will have representatives from the Union and state governments, farmers, agricultural scientists and agricultural economists.

On Monday, both houses of parliament passed the Bill to repeal the three contentious farm laws.

“Today, the Union government has asked for five names from SKM for the committee that will deliberate on the issue of minimum support price for crops. We have not yet decided on the names. We will decide in our December 4 meeting,” Pal told PTI.

In a statement on Tuesday, the SKM clarified that the meeting to discuss the pending demands and to decide the future course of the farmers’ movement will be held on December 4 instead of Wednesday.

The SKM, an umbrella body of over 40 farm unions, has been spearheading the farmers’ movement against the three farm laws and their other demands, including a legal guarantee for MSP.

On Monday, representatives of farmer unions of Punjab had said an emergency meeting of the SKM has been called on Wednesday to decide the future course of action.

The SKM, however, clarified, “All constituent organisations of SKM will take stock of the situation and decide the next steps of the farmers’ struggle on December 4, as announced earlier. The date of this SKM meeting remains unchanged.”

It said the meeting will take place at the Singhu border. Various points raised in the letter to the prime minister earlier will be discussed and future decisions will be taken.

Farmer unions from Haryana will convene a meeting on Wednesday to discuss pending demands and other issues, the statement said.

It highlighted Haryana chief minister Manohar Lal Khattar’s statement that he will act on the instructions of the Union government when it comes to withdrawal of cases “filed against around 48,000 farmers” in the state.

SKM also condemned the way the Objects and Reasons for the Farm Laws Repeal Bill were articulated by the Union government.

The body also slammed the Union government for listing the Electricity Amendments Bill, 2021 for business in the ongoing parliament session, describing it as an “outright reneging” on the commitment made by the government to the delegation of farm unions in December last year.

“Similar is the case of penalising farmers for biomass burning in relation to Delhi’s air pollution. SKM states that with such manifestations of unreliable behaviour, it is completely obvious why the farm unions will not trust the Government of India on any verbal assurances,” SKM said in the statement.

It further said that SKM’s demand for Union minister Ajay Mishra Teni’s arrest and sacking from the central government is still pending. Mishra’s son Ashish has been arrested in connection with the Lakhimpur-Kheri violence, in which four farmers were allegedly mown down by his convoy.