The report says the police and fire services did not respond to distress calls. 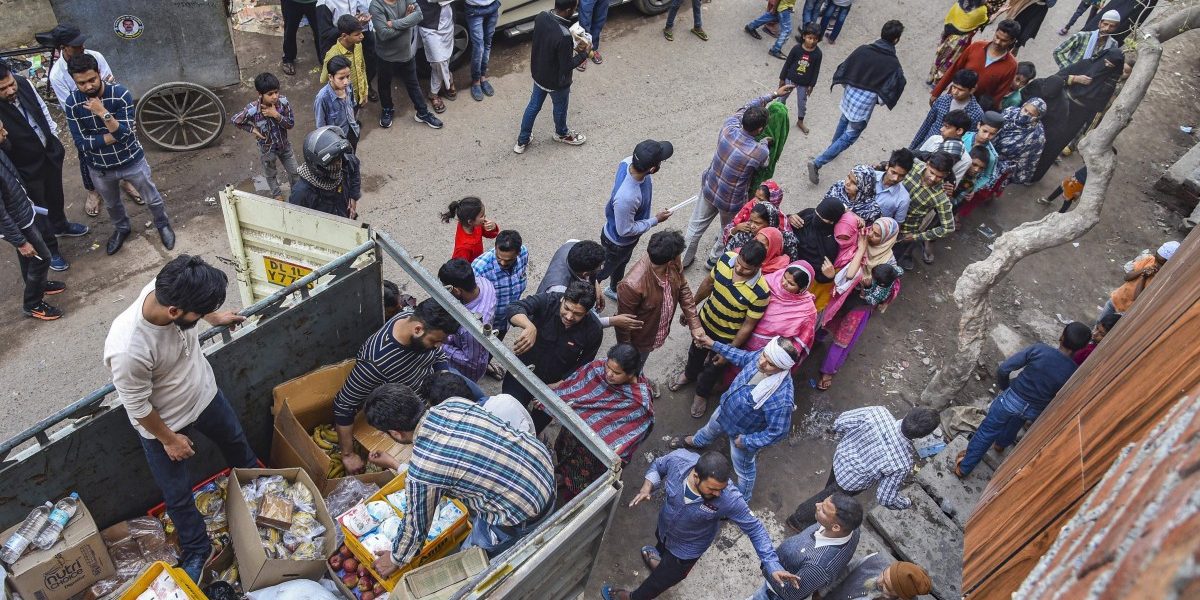 New Delhi: Despite detailed announcements on how relief will be provided to those affected by the riots in large parts of North East Delhi, a fact-finding team of civil rights activists has stated that government agencies have still not started providing adequate and proper aid.

Their report says, “It is clear that the Central and Delhi governments have failed in providing any modicum of relief to those affected or displaced by the recent spate of violence. In each place, families which had to abandon their homes due to violence are taking refuge with their relatives or have made private arrangements in different localities or are staying in temporary accommodation provided by private individuals.”

The team said the Centre and Delhi government have “not set up a single relief camp” in the areas it visited. It said, if at all, people only spoke about having received assistance from non-government entities. “All relief including food, clothing and medicines are being provided only by private entities – either through religious bodies (gurdwara, church) or through civil society groups.”

The group said the abdication of basic responsibility by the two governments toward those rendered homeless and vulnerable was shocking. “After maintaining a deafening silence for more than three days after the violence broke out, the measures announced by the Delhi government are inadequate to meet even the basic needs of affected persons – we did not find even those being implemented on the ground during our visit.”

It urged the Centre and Delhi government to provide relief in a dignified manner to the affected and called upon the public representatives to – chief minister, Delhi ministers, MPs and MLAs – to immediately initiate confidence building measures.

The activists also spelt out the relief measures that are required. These, they said, should include safe shelter with adequate privacy for families that abandoned their homes; cooked food through community kitchens; provision of milk, vegetables at subsidised rates; setting up of medical camps with gynaecologists and child psychologists; provision of clean clothing; camps to assist people get necessary documents; facilitation desks for legal help in getting compensation; and immediate repair of all places of worship.

The group also provided details of hardships being faced by people in various areas it visited.

The team said nearly 1,000 Muslims fled their homes in Shiv Vihar and took shelter in private homes in Chaman Park. “We visited two of these homes, where hundreds of people, mostly women and children, were sitting on the floor in different rooms … people were extremely anxious and traumatised about the condition of their homes and their future.”

The group was told that when men attempted to return to Shiv Vihar to retrieve their belongings, especially their documents, they were brutally attacked. “Most families had fled with nothing other than the clothes on their backs.”

Children appeared to be experiencing a lot of trauma as well, the group said. “They spoke of the violence they had witnessed …. several children were extremely concerned about missing out on their final exams, especially those who had to appear for board exams.”

It said a man who was returning from Karawal Nagar to check on the condition of his family was caught by 16-17 men who on hearing he was Muslim, mercilessly beat him. He received stitches on his head at GTB Hospital but said he was too scared to return to the hospital to get his eye treated.

People also shared how a madrasa and two mosques – Auliya Masjid and Madina Masjid – were set on fire and looted and destroyed by mobs. The also claimed that calls to police and fire department emergency numbers went unanswered. Most people took help from their neighbours or relatives to escape.

Outsiders involved in violence, not locals

The group also noted how many people spoke about the mobs comprising largely of outsiders. “We asked people whether they could see recognisable faces of their neighbours in the mob. Every person who we spoke to said it was outsiders who were in the mob – no local person was involved in the violence.”

It said the victim families said they need at least a one-room dwelling in the area till they can rebuild their homes or take other appropriate action. “Most were terrified of returning to Shiv Vihar. While private homes, in Chaman Park and elsewhere, have provided emergency shelter, it was clear that it would not be feasible for people to stay there beyond a few days.”

The lanes of Shiv Vihar, which witnessed heavy violence, resembled a ghost town, the group said. “Thousands of people, both Hindus and Muslims, have abandoned their homes due to the riots. Rapid Action Force personnel were stationed at every corner.”

At the burnt Auliya Masjid lay remains of gas cylinders which had been lit and thrown inside. “It was our impression that primarily targeted attacks were made on houses and places of worship of Muslims. Some houses belonging to Hindus were also burnt and damaged,” it said.

Residents taking refuge in nearby colonies

The group could only locate a few Hindu families there as they too fled to nearby localities like Johripur. “They said that all the Muslims had abandoned their homes. We met with Mithlesh and Sunita, who are neighbours and run a small halwai (sweet) shop in Gali no. 14, 25 foot road. They said that armed mobs entered lanes from both sides and burnt dwellings, destroyed homes, attacked people. They said they tried calling the police and fire brigade repeatedly, but with no success.” Two of Sunita’s brothers-in-law were injured in the violence. While one is admitted in GTB Hospital with severe burn injuries, the other escaped with a head injury.

Some Hindus who have returned reported that the Sub Divisional Magistrate had visited the area and taken down their details for the compensation form.

In Bhajanpura, residents escaped fires by jumping from roof to roof

At Bhajanpura, which is close to the Seelampur metro station, the team found most shops had closed their shutters. A mazar was set on fire on the main road here, barely 10 feet from a police help centre.

Three shops belong to two Muslim brothers, Azad and Bhoora – who ran Azad Chicken Centre, a shop selling peanuts and chickpea, and a fruit shop – were the only ones that were set ablaze in this market. Incidentally, their grandfather, Bundu Khan, had served in the Indian Army.

The brothers said a mob attacked the premises on February 24 afternoon. It pelted stones and set the shops on fire. Their house, located above, also caught fire. On their return later, they fount it had also been ransacked and looted. “They tried to douse the flames engulfing their vehicles and shops but when tear gas shells were thrown into their houses, 16-17 of them (including their little children, women and workers from the restaurant), saved themselves by running to the terrace and jumping into the back-lane from a 12 feet high terrace.”

They said 8-10 policemen were there but did not control the mob, as perhaps they were vastly outnumbered. The brothers said they wanted the government to extend loans to them as the compensation amount appeared inadequate.