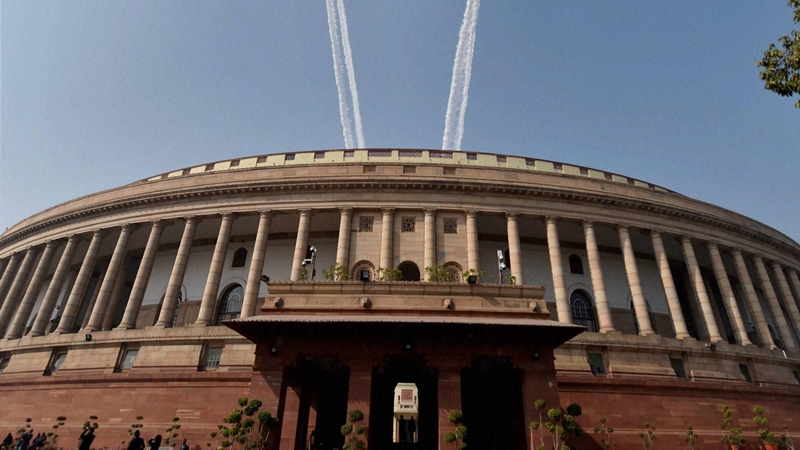 New Delhi: Going through nine of the ‘record’ 28 new legislations and amendments passed by the Narendra Modi-led NDA government in the Monsoon Session of parliament soon after its return to power with a near two-thirds majority, civil rights group People’s Union for Democratic Rights has accused the Centre of “distorting or side-stepping crucial processes of representative democracy”.

It charged that in the ongoing Winter Session too, the Transgender Persons (Protection of Rights) Act has been passed through a similar ‘fast-track’ process. The introduction of the Citizenship (Amendment) Bill is yet another attack on the secular fabric of the Indian Constitution, it said.

PUDR has said that it analysed nine important legislations of the Monsoon Session in its study. Thereupon, it held that “all the above laws were introduced with little or no notice, bypassed deliberations, ignored proposed amendments, steamrolled opposition, over-ruled demands for scrutiny or references to Select Committees within parliament”.

This, it said, “lays bare the anti-people agenda of the present government to dismantle rights and democratic institutions, but also their methods of distorting or side-stepping crucial processes of representative democracy”.

In its report, ‘Fast-Track Parliament, Undemocratic Laws: The 2019 Monsoon Session’, PUDR has analysed the “parliamentary performance” during the Monsoon Session 2019 which was termed the “most ‘productive’ session since 1952”.

An important legislation, Jammu and Kashmir (Reorganisation) Bill, was listed, tabled and passed within a span of just two days. It, along with the presidential order and presidential resolution, effectively abrogated the special status of Jammu and Kashmir under Article 370 of the Constitution, abolished the state and replaced it with two Union Territories. The Act also repealed protections for land under Article 35A in one stroke.

Stating that the law was passed without any “announcement and deliberation”, the PUDR said people of Jammu and Kashmir were “completely gagged during the process and continue to be gagged” even though more than four months after the law was passed on August 5.

PUDR secretaries Shahana Bhattacharya and Deepika Tandon said the Muslim Women (Protection of Rights on Marriage) Act, brought in to ostensibly protect Muslim women by criminalising instantaneous triple talaq was brought in “to embroil Muslim men and families further within the web of criminality, even though the Supreme Court had already earlier struck down the practice as illegal and upheld statutory protections for Muslim women”.

Rights laws tweaked to give more powers to Centre

The group also pointed out how The Protection of Human Rights (Amendment) Act was introduced without reason or explanation despite it undermining the autonomy of the National Human Rights Commission and the State HRCs. The law, it said, allows cherry-picking of nominees from an expanded pool of eligible members, reducing their tenure and introducing provision for their re-appointments.

Similarly, PUDR said the Right to Information (Amendment) Act was passed within just three days in both Houses, overruling demands for reference of the amendment to a Select Committee. “The amendment,” it said, “undermines autonomy of democratic institutions – Information Commissions and the RTI” by allowing the Centre to decide on the tenure and salary of all information commissioners.

Government removed checks on its powers

The report said through some of the amendment the government also tried to empower itself to the teeth and remove the checks on it under existing laws.

“With the MHA refusing RTIs seeking information on cabinet notes relating to the UAPA Amendment, the Parliament approved designation of individuals as ‘terrorist’. The purpose seems to be to silence those inconvenient to the government without any new procedure or punishment,” it said.

Further, PUDR pointed out that “the amendment enables punishment through social stigmatisation, ostracisation, potential witch-hunts and divesting of basic civil rights, without making any specific charges.”

At the same time, it said the amendment of the NIA Act removed an “important check on the Central Government’s powers by substituting sanction of DGP of state police for certain actions with that of the DGP of NIA”.

It said another law which was passed during the session was The Protection of Children from Sexual Offences (Amendment) Act that introduced the death penalty for aggravated penetrative sexual assault, and increased punishment for other offences under Act, with the objective of deterring sexual offences against children.

The rights groups said there is overwhelming evidence to suggest that severity of punishment does not deter crime, and in fact lends itself to discriminatory application against marginalised groups. “The Amendment does not move towards securing certainty of prosecution,” it insisted.

The report also highlighted how The Aadhaar and Other Laws (Amendment) Act was passed within a span of four days by both houses of Parliament. It paved the way for private entities to access biometric and personal information of Indian citizens and residents through the UID database.

Similarly, it said The Code on Wages, which was the first in the series of four labour codes seeking to replace 44 labour laws, was brought in. This, it said, was done even though it weakens substantive and procedural protections in wage entitlements and excludes large sections of workers from protection.