Gujarat firm which worked on Sabarmati riverfront redevelopment project in Ahmedabad and the controversial Kashi Vishwanath corridor in Varanasi bags contract to ‘re-plan’ area from Rashtrapati Bhavan to India Gate. 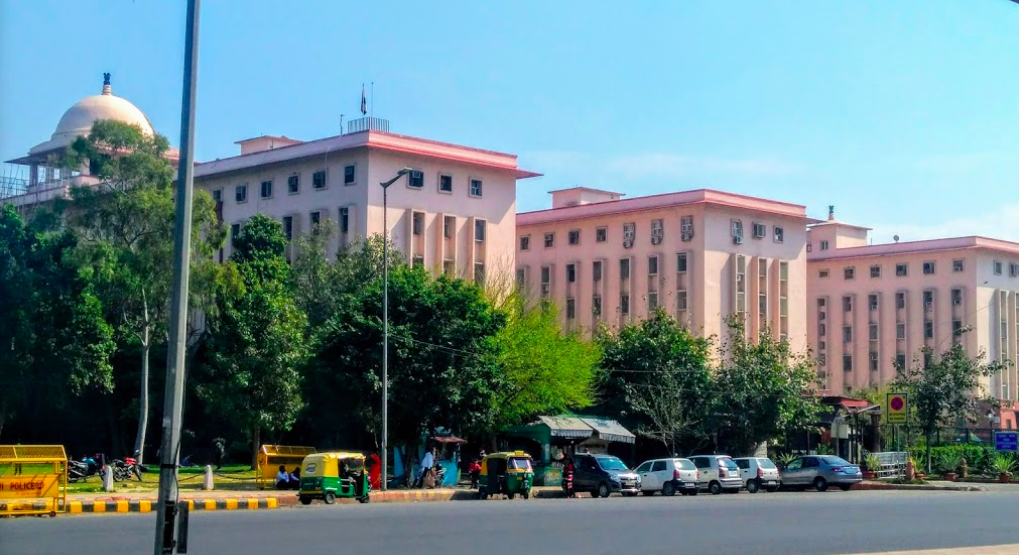 New Delhi: Ever since the government began the tendering process last month for redeveloping the colonial-era heritage zone that stretches from Rashtrapati Bhavan on Raisina Hill all the way down to India Gate, historians, architects, planners and ordinary Dilliwallas have questioned the surreptitiousness and speed of the venture.

So far, there has been no formal public statement by the government on the concrete scope or boundaries of the project other than some vaguely worded formulations in the Request for Proposal  (RfP) document:

“The objective of this bid document is to re-plan the entire Central Vista area from the gates of Rashtrapati Bhavan up to India Gate, an area of approximately 4 square kilometres. A new Master Plan is to be drawn up for the entire Central Vista area that represents the values and aspirations of a New India – Good Governance, Efficiency, Transparency, Accountability and Equity and is rooted in the Indian Culture and social milieu. The Master Plan shall entail concept, plan, detailed design and strategies development/redevelopment works, refurbishment works, demolition of existing buildings as well as related infrastructure and site development works. These new iconic structures shall be a legacy for 150 to 200 years at the very least.”

Yet, on Friday, the urban development ministry announced that an expert panel had already evaluated six proposals and awarded the consultancy contract for the redevelopment of the Central Vista to a Gujarat-based firm, M/s HCP Design, Planning & Management Private Limited.

This firm, headed by the architect Bimal Patel, is a familiar presence in the corridors of power: it has handled the Sabarmati River Front Development in Ahmedabad, the central vista project in Gandhinagar, the new headquarters of the Bharatiya Janata Party in Delhi and the controversial Kashi Vishwanath corridor in Varanasi – which has conservationists and locals up in arms because of the demolition of historic structures on a massive scale. Earlier this year, Patel was awarded the Padma Shri.

Critics have questioned the absence of any official clarity on the height of the proposed new structures, or the environmental consequences of the loss of large open spaces, given that the central vista and Lutyens zone constitute a “micro-climate in Delhi’s aridity, with stretches of water, sculpted fountains and carefully chosen evergreen trees” that might be be lost in the process.

The Sabarmati Riverfront in Ahmedabad, developed by HCP Design, is seen by critics as a cosmetic exercise that hides an environmental failure. According to Down to Earth magazine, the water in the the Sabarmati along the ‘riverfront’ is essentially stagnant. “The drought-like condition of the Sabarmati river is intensified by the riverfront development, and has resulted in poor groundwater recharge and increased dependency on the already ailing Narmada river.” Credit: Wikimedia Commons

A statement issued by the ministry said the firm has been taken on board for the development of the master plan for the Central Vista area, and to design buildings as per the new requirements. It added that “stringent timelines” have been set: the central vista project has to be completed by November 2021, work on the parliament building by March 2022, and the common central secretariat by March 2024. Coincidentally, the next Lok Sabha election is due around that time.

‘No change to exterior of heritage buildings’

Though the RfP envisages the demolition of buildings and is silent about the fate of heritage or iconic structures, urban development minister Hardeep Puri said on Friday that the redevelopment project would not affect the exteriors of either North Block and South Block or the parliament building – structures that are part of the British colonial contribution to the capital’s architecture. But the manner in which the buildings are used could change, he added.

Sources close to Puri dismissed the allegations levelled by critics that the government was taking major decisions about the future of a celebrated heritage zone behind closed doors. They also said there was no reason for anyone to doubt the credentials of the Gujarat firm that won the contract. “Nothing is hidden. There was an international request for proposals… the six best firms bid and an eminent jury decided,” the source told The Wire.

Among those who bid were the design bureaus of the leading Indian architects Hafez Contractor and Raj Rewal.

On how the new consultants were chosen, the government said, “After assigning the weightage of 80% to technical i.e. quality aspect and 20% to financial, M/s HCP Design, Planning & Management Pvt. Ltd. have emerged with the highest scores. They are one of the leading architect firms in India, having vast experience of designing various buildings and spaces”.

Asked why the government had so far not shared any plans with the public, sources close to the minister said the process was only now properly underway. “There will be full transparency at every stage… All in the fullness of time. The design will be subject to full public consultation.” 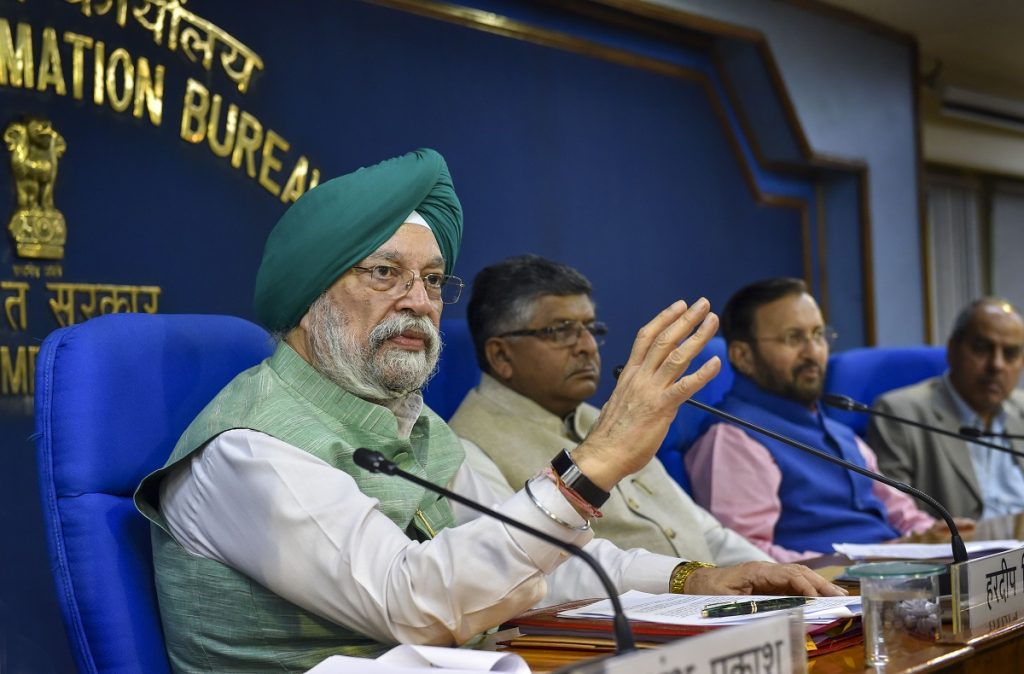 Concern about haste, planning behind projects

In its bid document, the Centre had said a “world-class consultant” was needed to “improve the old buildings on Raisina Hills, make improved Common Secretariat Buildings, refurbish the old parliament building, make new space for new requirement of MPs and upgrade the entire central vista area by revisiting the entire Master Plan.”

The Modi government’s oft-stated desire to build structures in keeping with its vision of ‘New India’ has troubled conservationists and architects, as they fear gaudy work may impact the character and integrity of the central vista and the Lutyens’ zone in general.

Speaking to The Wire, several senior conservationists and architects had raised concerns about the Central Vista project earlier, when the contract was announced.

It was on September 2 that a notice inviting bids were issued by the CPWD for this project. As per the request, a pre-bid conference meeting was then held on September 12, in which 24 bidders participated.

Though the government said issues raised in the meeting were addressed, several architects later sounded a word of caution around the “hasty and unplanned manner’’  in which the Centre was moving on the project.

Six technical bids received for the project were opened on September 30. Following an evaluation of the “initial eligibility and technical parameters”, all bidders were asked to make presentations on their approach and methodology on October 11 before a jury of architects and landscape designers, chaired by P.S.N. Rao, director of the School of Planning and Architecture, Delhi and chairman of Delhi Urban Arts Commission.

Rao has been attacked by several conservationists in the past for not resisting the government’s moves to bring down buildings of architectural importance in the city, such as the Hall of Nations at Pragati Maidan or the World Health Organisation building near ITO.

Four bidders were selected for the financial bid, which was opened on October 12. M/s HCP Design, Planning & Management Pvt. Ltd. emerged victorious. Apart from high visibility projects already mentioned, the other works of the firm include the new campus at IIM Ahmedabad and the CII-SN Centre of Excellence in Kolkata. The firm, the government said, has also worked on some projects abroad.

The Wire had earlier reported what the project entailed in detail and the reasons that were spelt out by the CPWD in its bid document.

It noted that over this period, “the requirement (from these buildings) has now increased manifold.  These buildings designed earlier are not now able to provide enough space, amenities and comfort requirement. The requirement of safety standards have also got improved.”

The fact that North Block and South Block – which currently house the external affairs, home, finance and defence ministries, besides the PMO – are not earthquake-proof also finds mention in the bid documents. “The model for making old heritage buildings ‘earthquake-proof’ is to be found in the New Zealand experience,” sources close to Puri told The Wire, reiterating the minister’s assurance no heritage building on Central Vista will be torn down.

The government’s reasoning is that “in terms of offices, now more space is required to accommodate all central government offices at nearby area.”

Likewise, it stated that in parliament, due to delimitation, more MPs may be there in the future and therefore more space will be needed. Also, at present there is “insufficient” space for amenities required for the MPs.

As for the Central Vista revamp, the government’s argument is that it attracts lots of visitors and “there is an imperative need to improve the beauty of Central Vista to make it a world-class tourist attraction point.” Again, the emphasis remains on being “world-class”.

Among the buildings destined for destruction, a shoe-in is likely to be Shastri Bhawan, the sprawling and chaotic multi-storey secretariat which sits to the north of Rajpath and is home to dozens of ministries. Also, prime space to the south of Rajpath is currently occupied by barrack-style offices – called ‘huts’ in CPWD parlance – and is likely to see ‘redevelopment’. Less clear is the fate of handsome buildings like Krishi Bhavan and Udyog Bhavan, at the intersection of Rajpath and Motilal Lal Nehru Marg, built in the 1960s to vaguely mirror the Raisina Hill style, or Rail Bhavan.

While governments in the past have redeveloped sections of the Central Vista or Rajpath without public consultation – eg. the new Jawahar Bhavan, housing the Ministry of External Affairs on Janpath or the National War Memorial – a group of historians demanding greater transparency in the Central Vista project have pointed to the public review process which preceded the construction of the Indira Gandhi National Centre for the Arts in the 1980s as a model which needs emulating.

“Very soon,” the sources close to minister Puri have promised, when asked about when HCP’s designs will be put in the public domain. “As soon as it is tweaked and ready for public consultation.”

However, the speed of the effort continues to rankle. “The bid document states that the government wants to build a legacy for the next 150-200 years, but the extremely small timeline proposed to complete the project does not support this objective,” says a petition circulated by Delhi historians asking the president to intervene to stop the project.