The Folly and Vanity of the Project to Redesign Delhi

Narendra Modi's project for the Central Vista was always controversial. It is now absolutely untenable. 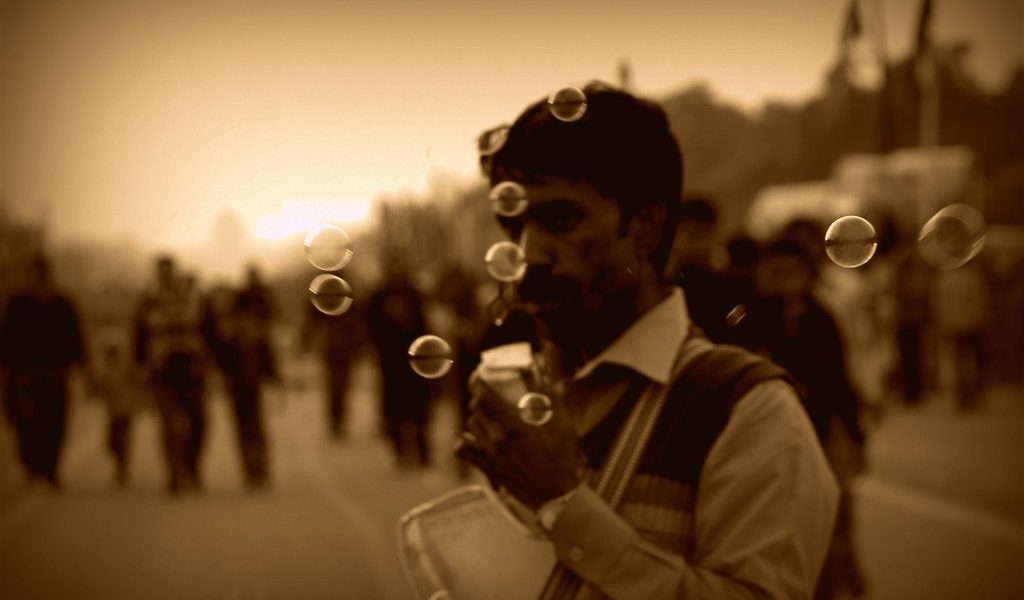 Six years ago, the then editor of the Hindustan Times invited me to write a fortnightly column. I agreed, on condition that there would be no censorship. While occasionally some changes to my text were made without my consent, there was no attempt to get me to rewrite my column or change its arguments. Until this week, when the Hindustan Times declined to print the column I had sent, which was scheduled to appear on Sunday, April 19. I am grateful to The Wire for carrying this column in its entirety.

In a two-part article published last month in the website Newslaundry, the writer Alpana Kishore subjected the project to redesign New Delhi’s Central Vista to critical scrutiny. The first part asked the question: “Why is redeveloping Central Vista a bigger priority than fixing the capital’s catastrophic air pollution or plummeting life expectancy?”

In answering this question, Kishore focused on one key element in the project: the provision for a grand new house for the prime minister, on Rajpath. Such self-indulgence, she argued, may be common in dictatorships, but was inappropriate for a Republic. If one thinks of Delhi as akin to London or Berlin, a capital of a democracy, then, argues Kishore, spending hundreds of crores “on a second house for the prime minister ahead of fixing Delhi’s pressing problems like its catastrophic air pollution which causes 80 deaths per day and 45 percent of all premature deaths is a spectacularly insensitive move that puts a powerful elite firmly above the people’s good. On the other hand, if we are in the Beijing-Pyongyang-Moscow axis where citizens are passive spectators, it is absolutely normal.”

The second part of Kishore’s article focused on the process by which the project was awarded: a process marked by secrecy and subterfuge, ending in the contract going to a firm of architects from Gujarat known to be particularly close to the prime minister. This firm’s previous projects, wrote Kishore, had depended for their execution  “upon the removal of “obstacles” like due process, impact assessments, public consultation, and well-established global best practices”. The firm’s past record, in sum, was one of consistently manifesting “an innate disrespect for the citizen”.

“The biggest irony remains that a prime minister from the humblest of backgrounds should yearn for a house on Rajpath, no less, to endorse his vision of personal greatness and legacy. Would Emmanuel Macron demand and, more importantly, get a house on the Champs Elysées? Can even Trump order himself a second home on the Mall? She added: ‘It brings back embarrassing memories of his name-embroidered Rs 10-lakh suit, only this time the vanity will be at the taxpayer’s expense.”

Kishore’s essay has no mention of the COVID-19 crisis; evidently it was written before the dimensions of the crisis became known. I shall come to this crisis presently, but let me first state that I share her concerns entirely. This project has been pushed through without wider consultation with the public, or even with domain experts in architecture and urban planning.

In fact, as one who has seen the work of this firm of architects in Ahmedabad at first-hand, I have an additional concern: that they are utterly indifferent to history and heritage. A prime example of this was their design of a second campus for the Indian Institute of Ahmedabad. The original IIM-A campus, designed by Louis Kahn, beautifully blends traditional and modern practices, using red brick, open windows, and courtyards. It is a joy to see, walk through, study and teach in. Its successor is cold and soulless, built entirely of concrete; those assigned offices there yearn for a transfer to the original and much more welcoming campus.

Also read: In Light of the COVID-19 Pandemic, the Central Vista Project Should Be Reviewed

The prime minister’s own justification of the project is that it was to mark not a personal but a national milestone – the 75th anniversary of Indian independence. This is disingenuous, because past anniversaries overseen by past prime ministers had not called for such a spectacular extravaganza. Both the 25th and 50th anniversaries of independence had been suitably marked, by a special session of parliament. Apparently, what was good enough for Indira Gandhi and I.K. Gujral wouldn’t quite do for Narendra Modi.

To my mind, the Modi government’s redesign of New Delhi brings to mind not so much living Communist autocrats as it does some dead African despots. It is the sort of vanity project, designed to perpetuate the ruler’s immortality, that Felix Houphouet-Boigny of the Ivory Coast and Jean Bédel-Bokassa of the Central African Republic once inflicted on their own countries (for more on the first, see V.S. Naipaul’s essay ‘The Crocodiles of Yamoussoukro’).

Even before the coronavirus pandemic hit us, this expensive redesign of the core of the national capital seemed a wasteful and self-indulgent exercise. It has now become much more so. For, an economy that was already flailing has been brought to the brink by the pandemic. The ill-planned lockdown has led to enormous human suffering. Working-class Indians, already living on the edge, are now faced with utter destitution. 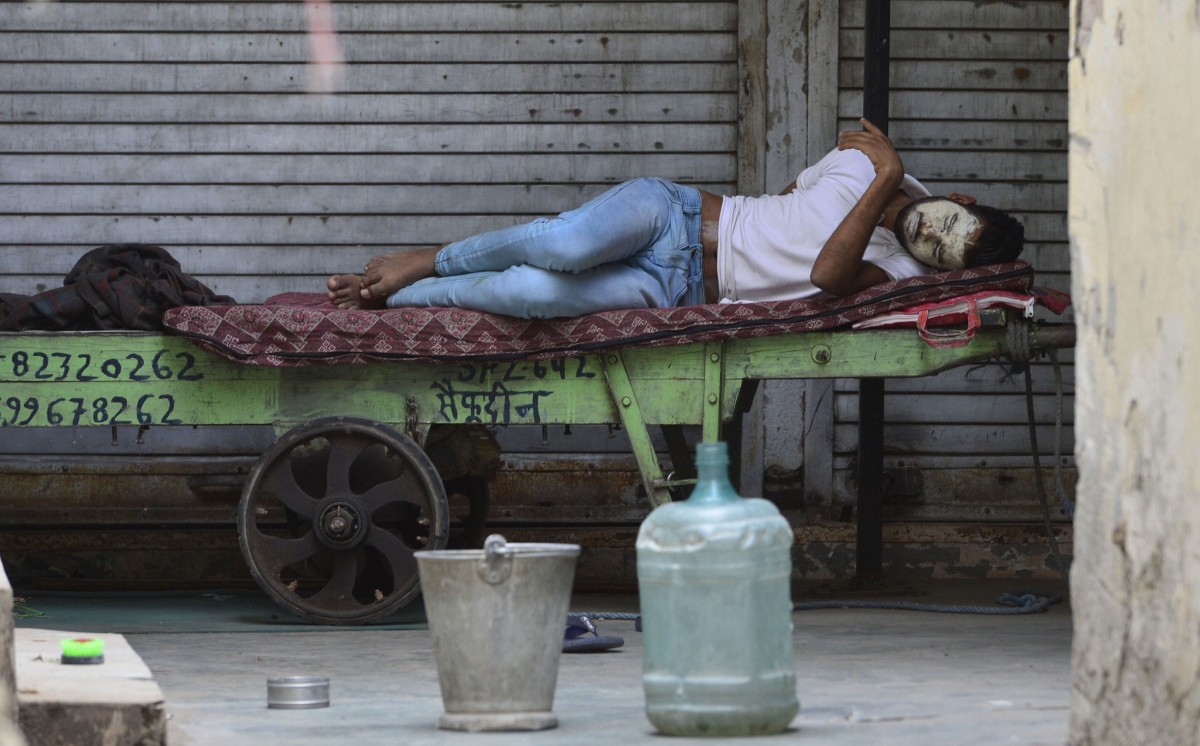 New Delhi: A man sleeps on his cart outside a closed shop during the national lockdown. Photo: PTI/Kamal Kishore

As many economists have argued, the millions of poor Indians rendered poorer by this crisis urgently need financial support from the Central government. Why can’t the funds currently allocated to the Central Vista scheme – estimated at Rs 20,000 crore and counting – be diverted to help ameliorate their condition?

Politically, the burden of this economic, social and humanitarian crisis is being borne by the states. They desperately need money – not least, the money the Centre already owes them. A staggering Rs 30,000 crore are still due to the states from the Centre as their share of Goods and Services Tax revenues. Why does this still remain unpaid, while the Central Vista project has been sanctioned and a schedule for its tendering announced?

Also read: What a Comparison of Great Central Vistas Tells Us About Modi’s Plans for New Delhi

It will be at least a year – probably longer – before the economy can begin to fitfully recover. The restoration of the social fabric may take even longer. Altogether, the country may take at least five, more likely ten, years before it can return to where it was before COVID-19 came to our shores. Surely the moral, political and intellectual energies of our leaders must be devoted above all to this economic and social rebuilding.

In his speeches to the nation since the pandemic broke, the prime minister has repeatedly asked Indians to sacrifice – sacrifice their time, their jobs, their lifestyles, their human and cultural tendency to be gregarious. Now citizens must ask the prime minister to sacrifice something for the nation as well. His project to redesign Central Vista was always controversial. It is now absolutely untenable. He should drop it.

Postscript: While spiking this particular article, the Hindustan Times left open the possibility of my continuing to write on other (and presumably from the paper’s point of view safer) subjects. I have however chosen to discontinue my column in the newspaper.